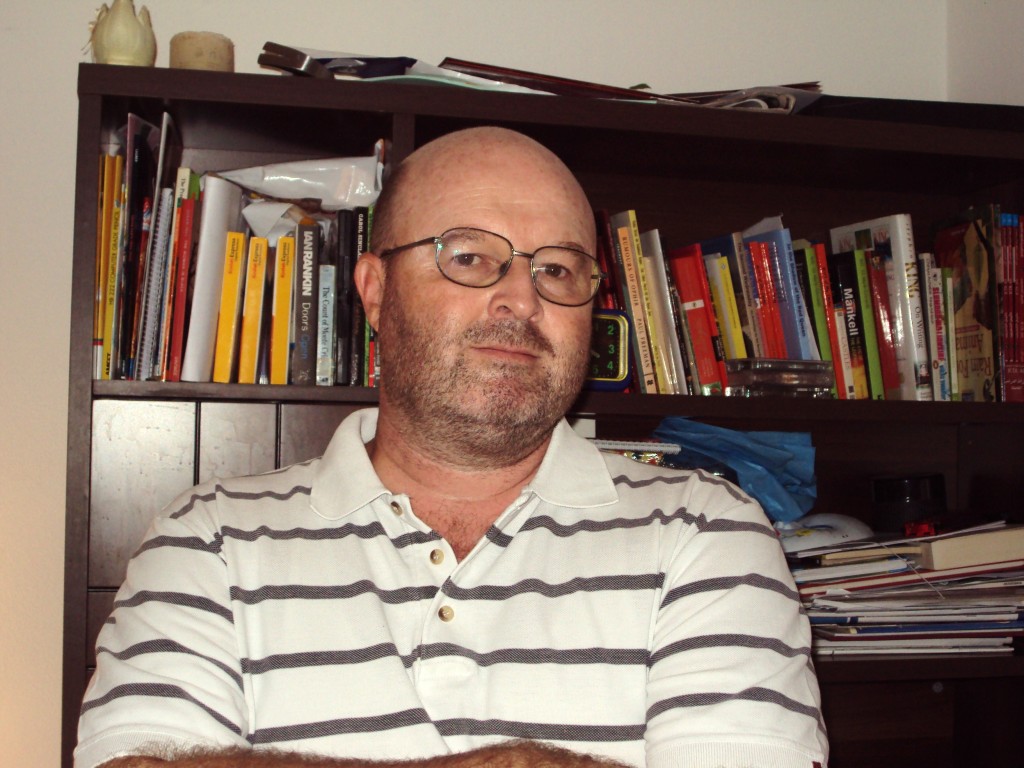 Paul A. Freeman has transitioned from novelist (Rumours of Ophir was an ‘O’ Level Literature book in Zimbabwe) to short story writer, with over 100 commercial publishing credits. His writing is inspired, amongst others, by American short story writer O. Henry (who seems to be referred to as O’Henry in Britain) and Geoffrey Chaucer, with whom he’s currently collaborating. Having worked in Africa and the Middle East for much of his career, Paul is presently residing on the edge of the Empty Quarter on the Arabian Peninsula. Website: paulfreeman.weebly.com

Paul A. Freeman has transitioned from novelist (Rumours of Ophir was an ‘O’ Level Literature book in Zimbabwe) to short story writer, with over 100 commercial publishing credits. His writing is inspired, amongst others, by American short story writer O. Henry (who seems to be referred to as O’Henry in Britain) and Geoffrey Chaucer, with whom he’s currently collaborating. Having worked in Africa and the Middle East for much of his career, Paul is presently residing on the edge of the Empty Quarter on the Arabian Peninsula. Website: paulfreeman.weebly.com 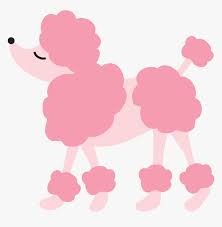 Paulo Cassini limped out of the elevator and on to the observation deck at the top of the Empire State Building. He pushed past a crush of demobbed GIs who were out for the evening with their girlfriends. Eventually, he found Sergio Lambino, the Lower East Side crime boss, waiting for him at the agreed meeting point.

“Paulo! Paulo, my boy!” said Lambino. He embraced his former triggerman. “We thought we’d never see you again, especially after what happened to you in Normandy. It’s been so long.”

“Three years,” said Paulo, trying hard to ignore Lambino’s nervous bodyguards. The two men scrutinised him. Each had a hand hidden from sight inside the left lapel of his coat. Paulo tapped his lame leg. “I almost didn’t make it through, Mr Lambino. Those Germans were good shots.”
Lambino let out a staccato of laughter. “I always thought you snipers led charmed lives.”

“Not when there’s an enemy sniper looking at you through another scope,” Paulo said matter-of-factly, and with the formalities of the meeting out of the way, he got down to business. “Do you have a job for me, Mr Lambino?”

The crime boss led Paulo over to the viewing platform. They looked down over Upper Manhattan. Six months ago the streets were chock-a-block, thronged with revellers celebrating victory over Japan.

“The war was a good time for me,” Lambino said. “Merchandise of all kinds was in short supply. I provided it. There was a thriving black market.”

“Not so good. There’s too much competition; too many shrinking markets. Other families, new families, are muscling in.”

Paulo nodded. “Anyone in particular?”

“Don Giovanni. He’s becoming a thorn in everyone’s side.” The Lower East Side crime boss reached into the inside pocket of his trench-coat and took out a package. “I have an important job for you, Paulo. I want you to ruin Don Giovanni’s life.”

After a moment’s hesitation, Paulo accepted the package. He tore open the manila envelope and pulled out a wad of cash.

“There’s fifty thousand there,” Lambino assured him. “Top dollar for a hit.” He tapped the brown paper of the package. “There’s something else inside.”

Reaching into the envelope again, Paulo pulled out a one-way train ticket to San Francisco and a plane ticket to Hawaii. He raised a quizzical eyebrow. Once more, Lambino tapped the package. At the bottom of the envelope was a small slip of paper with writing scrawled across it.

The hit man frowned at what he read and whistled. “It goes against the code to take out personal vendettas against a rival crime boss’s wife,” he reminded his erstwhile employer.

Sergio Lambino made an open-handed gesture. “What else can I do, Paulo? My turf is sacred territory. Just count yourself lucky you’ll be far away from Don Giovanni’s wrath when he comes seeking vengeance.”

Paulo Cassini read the slip of paper again and chuckled to himself. “You’re certainly right about one thing, Mr Lambino. This will ruin Don Giovanni’s life.”

Alice Giovanni, a blonde-haired ‘B’ movie actress who was thirty years younger than her husband, entered the breakfast room where he was reading the newspaper.

“Good, morning, darling,” Alice trilled. Dressed in furs and wobbling on high heels, she tottered over to her crime boss spouse. Then, wiggling her buttocks provocatively, she bent over and planted a lipstick-laden kiss on his cheek.

Alice straightened up and gave her husband a sulky pout. “What about Poochie-Woochie?”

The crime boss clenched his teeth and took a deep breath. “Of course. How could I forget Poochie?”

Laying his newspaper aside, Don Giovanni leaned forward and picked up the poodle that was standing obediently at heel beside Alice. Grimacing, he held the dog’s head to his pursed lips, kissed its wiry fur, and hastily put the animal back on the floor.

Turning on her high heels, Mrs Giovanni wiggled out of the room.

With bodyguards in tow, Alice Giovanni exited New York’s Libertine Apartment Building. Clip-clopping after Alice was Poochie, her fur clipped like a topiary and dyed a garish pink.

“Good morning to you, Mrs Giovanni.”

Meanwhile, in an upper floor room of a nearby brownstone, Paulo Cassini was making himself as comfortable as his war-wounded leg would allow. Taking up a kneeling position, he lifted up the sash window and prepared for his final assassination. Through the scope of his rifle he watched Alice Giovanni leaving the Libertine Apartment Building with a brace of minders before heading west along Fifth Avenue.

Calming himself for the kill, Paulo remembered Sergio Lambino’s words: I want you to ruin Don Giovanni’s life. Well, that was exactly what he was about to do.

He drew a bead on his target – he hated to think of his victims as living, breathing flesh and blood with names – just as Poochie stopped to do her business beside a tree. Unfortunately for Paulo, a web of branches blocked an otherwise perfect shot.

“Come along, Poochie!” Alice Giovanni called out once the poodle finished fouling the public highway.

Alice and Poochie hurried over a pedestrian crossing and into Central Park, leaving the bodyguards sprinting after them, weaving in and out of the traffic. Again, Paulo readied himself for his retirement hit. However, this time he was forced to hold off on the shot when a policeman appeared on the scene.

Just inside the entrance to Central Park, an altercation broke out between the policeman, Mrs Giovanni and the bodyguards. Apparently the policeman wanted to write out jaywalking citations for them all. The argument eventually came to an amicable end, though, when the policeman was informed of the lady’s identity. Once adequate compensation had been paid over to the law enforcement officer, the policeman continued on his way.

Paulo Cassini once more put his eye to the scope. He smiled grimly. The bodyguards had taken up position on a park bench, leaving his target a sitting duck. She was out in the open and there was no one near enough to spoil a clear shot.

“Poochie, Poochie, Poochie!” Alice cooed, as she reached into her handbag for her poodle’s rubber ball.
Then, as Alice Giovanni leaned back to throw the ball for Poochie, Paulo pulled the trigger. An instant later she fell to the ground, slumped across the Central Park grass.

Time to put a few thousand miles between me and Don Giovanni, Paulo thought, as he dismantled his gun. Looking forward to early retirement on the Hawaiian Islands, he packed away his rifle and swiftly made his way to Grand Central Station and a new life.

A month later, behind the closed doors of his apartments, Don Giovanni confided to his men, “My life is ruined. I can’t eat. I can’t sleep. I can’t concentrate on business. Are there no clues at all as to who this hit man was and who hired him?”

In unison, the crime boss’s henchmen shook their heads.

Unaware that their meeting was being spied on by an eavesdropper, Don Giovanni’s most trusted lieutenant said, “Can’t we just forget who the hit man was for a while? We really oughta get back to work and make some money, boss.”

Suddenly the door to the meeting room flew open. “I’ve told you all before, and I’m telling you again,” screeched a wild-eyed Alice Giovanni. “No one rests until you find out who shot Poochie.”

Paul A. Freeman asserts the moral right to be identified as the author of this work