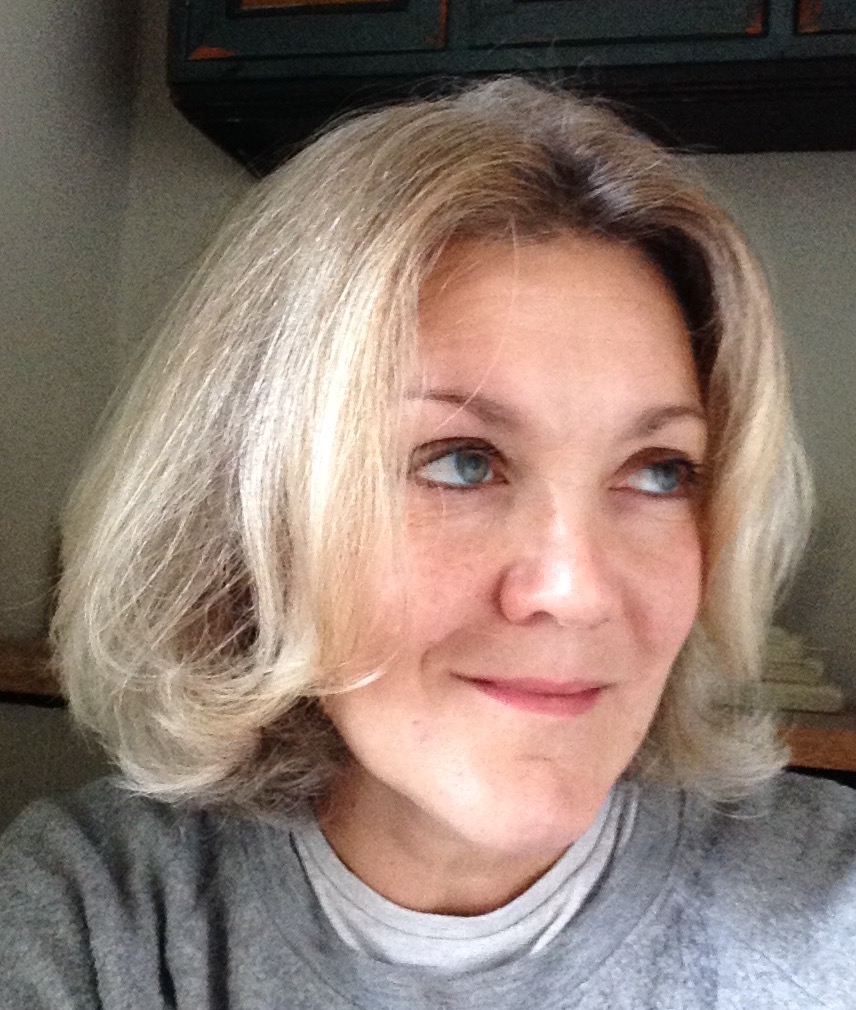 Nicky Catton grew up in many different countries, and worked in music publishing before having children and moving to North Oxfordshire, where her family was from originally. Her children are either working or at university, and she lives with her husband Tim, an architectural modelmaker, and Walter the pug. She combines writing short stories with running a soft furnishings business from home.

Nicky Catton grew up in many different countries, and worked in music publishing before having children and moving to North Oxfordshire, where her family was from originally. Her children are either working or at university, and she lives with her husband Tim, an architectural modelmaker, and Walter the pug. She combines writing short stories with running a soft furnishings business from home. 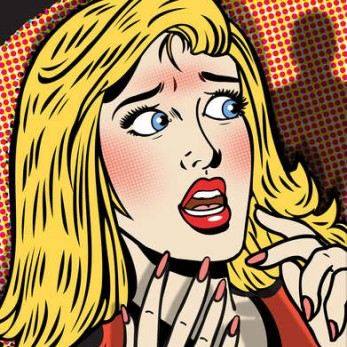 It was 4.30pm when Kate emerged from her bedroom in search of a hot cup of tea in order to thoroughly wake herself up. She rubbed her eyes and stretched her arms as she entered the kitchen. She’d needed that sleep. The revision, the exams, the post-exam parties and the three hour drive from London that morning had convinced her to take a rare but much-needed afternoon nap. “I’ll wake you up with a cup of tea before we go out,” her mother had promised – but she hadn’t, and it was clear that everybody in the house had gone out for a walk, leaving her to sleep.

Kate put the kettle on and leaned back tiredly against a kitchen unit. Everything looked familiar, just the way it aways had done, she thought with pleasure. The same geraniums in the same grey pot with the chip in it, on the windowsill. The untidy mess of newspapers on the kitchen table. A dog lead hanging from the door handle. Dusty photographs of herself and Gina building sandcastles on grey beaches, and yellowing formal invitations, long since attended, on a shelf. Time standing still, she thought. She always had this feeling when she came home from London. As if she were a cartoon character, her legs whirring round in a blur, her brain computing at super-speed and then arriving home, screeching mentally to a halt to find her parents functioning as if they were caught in a slow, distorted old film reel, seemingly blinking in the busyness, the sheer modernity of their daughter. Her parents’ calm, unbothered attitude was irritating sometimes, but mostly she felt comforted by it. Now she turned to the usual tin where the teabags were kept, and popped one in a mug.
She stirred the drink and, going through into the cool hall, realised with surprise that the back door was open. The day was still warm, and a very slight breeze carried the musky welcome scent of wisteria into the house. A sharp, low golden light cut an empty path from the garden through the doorway and across the wooden floor. Kate shut the door firmly, determined to talk to her father about security, and turned into the sitting room. Holding her mug carefully, she sat down in a large and rather ugly, extremely comfortable wingback chair. As a child, she had always enjoyed the sense of privacy that this chair had afforded her – a person could sink into the feather cushions, curl up quietly and go unnoticed for hours. Kate brought her legs up under her, sipped her tea, turned the TV on with the remote and started flicking lazily through the channels. She settled upon an old episode of Blackadder, from the first series, which had always been her favourite. Yawning, she leaned back, her eyes half-closed, still drowsy. Occasionally, she smiled. It was still funny, and Baldrick sorted of reminded her of a guy who worked in the union bar. Her eyes felt heavy and she sighed a little, relieved to be doing nothing. Although the dancing screen images now demanded her attention, Kate drifted a little. There was an expectant fullness in the room, she couldn’t explain it, family memories of homework and pets and TV and birthdays.

It was just as she shifted a little in her seat that she caught just the very slightest movement, not a movement, the tiniest hairlift of a movement, in the corner of her eye. Why she should register this as odd, she couldn’t reason, but without moving her head and just marginally shifting her eyes from behind the wing of the chair, Kate glanced at the thick and heavy damask curtain. Had the fringe trembled? It seemed very still now. Probably just a trapped fly or bee. Perhaps the lengthening light outside had clouded and darkened the pattern a little, shifting the visual effect. Kate didn’t know why, but an alertness flickered into life. Old house, she thought, don’t be silly. But an awakening, unwelcome sense of – something that she couldn’t name.

She now focussed on the comedy. Blackadder sneered: “Do you know what I think, Baldrick?” In the silence beyond the TV, another imperceptible movement. Kate’s eyes slowly slid across the room and dropped to the foot of the curtain. With a terrible lurch of her heart, she viewed the tips of a pair of shoes sticking out from under the generous folds. “I don’t know, my Lord, what do you think?” Men’s shoes. Brown leather. “You, Baldrick, are the sort of fool that-”. Brogues. Not a teenager. The shoes did not move. Kate did not breathe. She stared back at the screen, unable to focus. A paralysing fear had made her weak and she could not move a muscle. She tried to think but the terrifying reality that she was trapped in a room with a man who shouldn’t be there, who was hidden, waiting, was overwhelming. He must have come in, thinking everybody was out and Kate’s coming down to the kitchen had surprised him. She tried to believe that because he was hiding, he must be as afraid as she was, but in a now rising hysteria, Kate knew that she was the victim, out in the open. He was the

predator, who thought that he was unobserved. Now, reluctantly, she could see in her mind’s eye, the bulky outline of a figure, himself trapped and dangerous.

Kate’s mind raced. If she made a sudden movement, would he rush out and attack her? Where were the others, oh God, what could she do? “The Infanta is coming, and I expect you, Blackadder, to put on a pretty good show!” The TV burst into garish laughter and Kate now forced herself to laugh as well. Try to act normally. But her voice sounded harsh and false in the room, and she imagined that the shoes shifted slightly. Was he going to…? But nothing moved and Kate suddenly remembered that her mobile phone was in her pocket. Casually stretching her arm as if to relieve an ache, she reached into her cardigan pocket and discreetly extracted her phone. Still laughing at the TV, she shifted it to silent mode and texted her sister with one hand: Please come home, need help now please….

A loud trilling noise nearly made Kate leap out of her rictus position. With a horror, she realised it was the sound of Gina’s mobile on the kitchen table next door. She hadn’t taken the bloody thing with her. For God’s sake, she was never without the sodding thing, why hadn’t she taken it on the walk? Kate knew, with a static charge of electricity that he must know, had to have guessed, what she had tried to do. She was in terrible danger – should she make a dash for it or try to leave and maintain the pretence that she did not know he was there, crouching behind the curtain? What would be the least likely move to trigger any violent action? However hard it would be, Kate decided to try to leave the room normally, as if she were going to refill her mug. Yes, leave the tv on, just get up slowly and walk out as if meaning to return. But her body simply couldn’t move. She was rooted, gripped in her curled up position and all she could manage was to bare her lips at the screen and simulate the cackling TV audience. He must know, he must know that I know, and why doesn’t he move?

Blackadder was winding up – it would all be over in a couple of minutes, and Kate now decided she must escape. Was she imagining the curtain shivering slightly? With a supremely controlled but stiff effort, Kate slowly unfolded herself from the chair, still chuckling in a ridiculous, ghastly caw, turned away from the shoes with her back now exposed to the unknown intruder and tried to walk calmly out of the door. She turned silently to the back door and cursed herself for closing it firmly before. She could not bear to glance even briefly behind her, but closed her hand around the cool brass doorknob and turned, praying there would be no noise. She had to assume he was not there, upon her, breathing down her back, ready to kick her with those hard shoes, throttle her with those hands that now gripped the curtain folds. She smelt grass and freedom and without bothering to shut the door behind her, sprinted for the garden gate and away. But as she reached the gatepost, a screech of a sash window being pushed up stopped her in her tracks.
“Kate, you’re awake!” laughed Gina, from an upstairs window. “Where are you going? You’ve just arrived!” The sight of her younger sister shocked Kate. Trying to shush her by waving her arms, Kate said quietly: “Gina, lock you door. Or jump out of the window, now!” She couldn’t bring herself to look back at the open back door, he could be coming after her or perhaps was still hiding. He must have heard the younger girl opening her window. Where was he?

“What are you saying? I can’t hear you.” Gina frowned. “Why don’t you-”. Then Kate watched helplessly as Gina turned her head towards her bedroom door and screamed.