From The School House Window 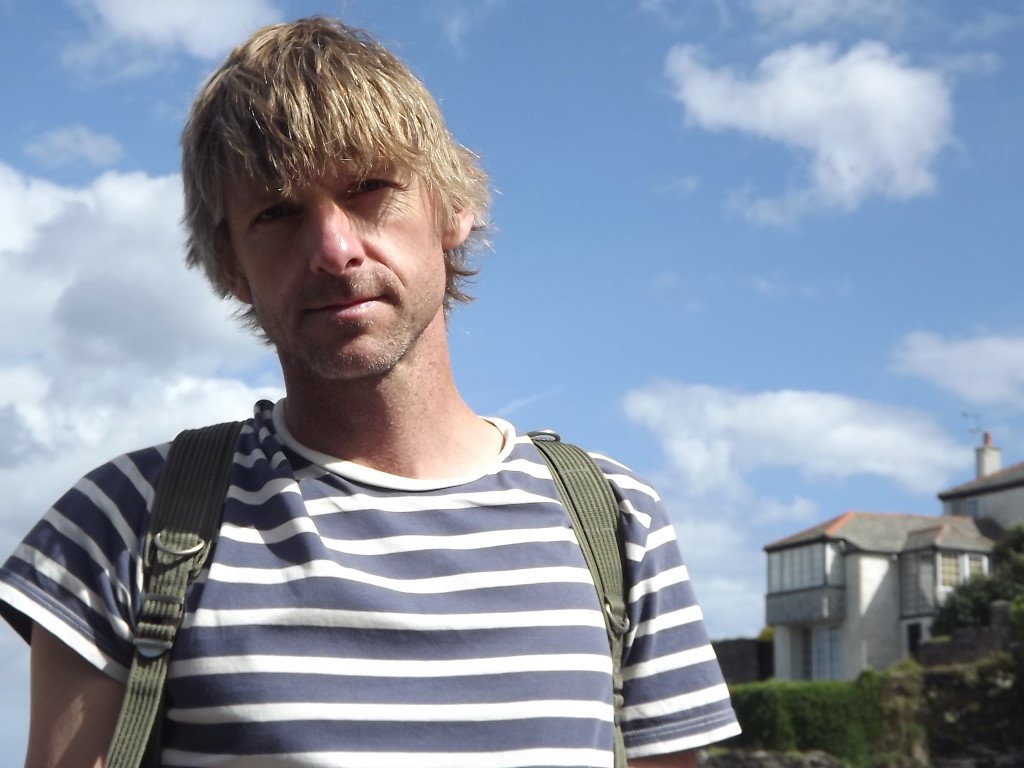 John Bowyer now lives in the flat lands of Lincolnshire with his wife, children and accumulated animals. For many years he has written all forms of fiction and was inspired after an OU course to share his work with others. When not writing he enjoys reading, films and a good pint of beer.

John Bowyer now lives in the flat lands of Lincolnshire with his wife, children and accumulated animals. For many years he has written all forms of fiction and was inspired after an OU course to share his work with others. When not writing he enjoys reading, films and a good pint of beer. 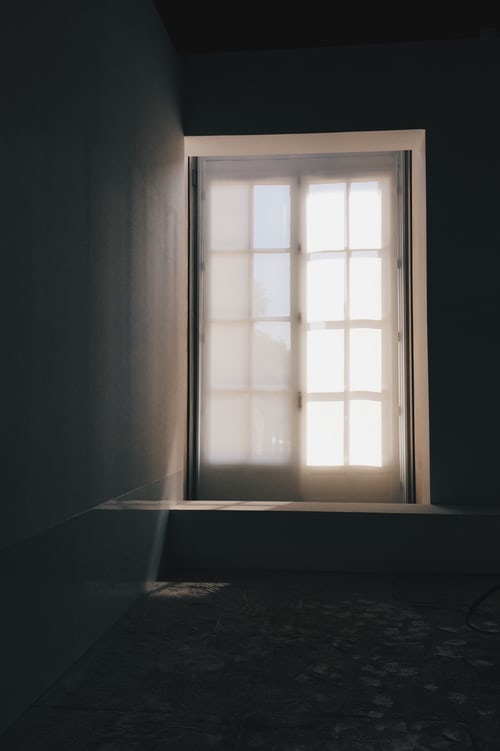 ‘Come away from the window, Charlotte. You have work to do.’

The window was tall and arched and looked out onto the lawn that was enclosed by the picket fence and out to the trees beyond. Lottie had been watching the woman. She appeared to wearing a bonnet and long skirt and had been moving back and forth along the lane as if looking for the gate, but she couldn’t have been. The gate had a tiled wishing well porch and was impossible to miss. Nevertheless, up and down she had been going, up and down. Perhaps she was lost, or had dropped something and was now trying to re trace her steps to an exact point in an effort to find it, whatever it may have been. Lottie didn’t think she’d have much luck. The lane was muddy at the moment and whatever it was could have disappeared beneath the sludge, or into a muddy puddle, and besides, the sky was covered in grey clouds and the black bare trees cast the lane in shade. It was too gloomy to see properly out there and soon it would be dark.
Lottie took her place at her desk, the scraping of her chair on the parquet floor hanging in the air. The class room had wooden panelling on three walls and was drab and brown. All the desks and chairs, set in neat rows equally spaced were tidy and vacant, except hers. The teacher looked at Lottie, her expression stern, waiting for the girl to settle. She faced the blackboard, on which the teacher had written in neat chalk the factors of the seven times tables, missing the results. Once times seven is…two times seven is…

It had been the seven times table last time, Lottie thought. She was sure it had been. Or maybe it had been the eight. It had definitely been one of the hard ones. Definitely not the two, or the five, or her favourite, the nine times table. She loved the way that if you added up the numbers they always equalled nine. Every times table should be like that, she thought. It would make them much easier to learn. The teacher tapped the blackboard with her cane and Lottie’s voice sang out and drifted among the emptiness, fading before it reached the corridor or beyond the window.

While she sang she thought of the woman outside, and what it was she was looking for. Had the cold weather caused her skin to shrink and the diamond engagement ring, purchased for a year’s wage by her struggling fiancé slipped unnoticed from her finger? Soon she would have to abandon her search, go home and weep and break the hard news to him, run the risk of his anger, his contempt, or his suspicion. Would he believe it had simply slipped off or would he envisage a darker scenario where engagement rings may be taken off and sold? If she hadn’t been the only child in the class room with the teacher watching her every move, Lottie would have stolen a glance out of the window to see what the woman was doing now.

Eventually, as the shadows lengthened, the lesson came to an end. ‘You may go to the hall and eat.’ Lottie collected her books from the desk and turned, lingering a moment to watch the silhouette of the woman. She was still there, outside, but now she stood still at the gate, under its roof. She stood still and looked towards the school house in the fading light, the black, grasping fingers of the trees clawing at the afternoon sky. She stood so still Lottie thought she may have been turned to stone.

All along the corridor she walked in the hard echo of the teacher’s footsteps. The door to each classroom they passed was firmly closed and through the port hole windows all the wooden chairs were neatly placed on top of the small desks. Lottie thought she remembered children streaming along this corridor, filtering in noisily from the boys’ side and the girls’. But in her mind’s eye they were only a jumble of knees and socks, pale legs reddened by cold, feet in flat black shoes. No faces, no names. How long could it have been for her to have forgotten them?

And she sat alone at the back of the dining hall in the middle of the dark varnished bench, grey potatoes and meat as drab as the table top, as drab as the panelled walls and parquet floor, steaming before her. At the front of the hall, by the small fire that cracked and spat, the teacher took her meal. The heat from the fire didn’t reach across the room to Lottie; it was cowered by the emptiness and faded quickly away.

Lottie spoke over the sound of the clock hands. ‘There is a woman outside.’

The teacher whipped her finger to her pursed lips, her eyes wild and hard. ‘You must not speak of her, Charlotte. You know she is a mad woman who only wants to hurt you.’

They finished their meal in silence. Lottie was permitted to move closer to the fire and read for an hour before bed, but she was still out of reach of the heat from the weak, uncertain flames. The book she read didn’t interest her, it was too long and contained words she had not heard before and for every tissue thin page she turned she came no closer to the end. Her mind drifted back to the woman, the mad woman. Did she still stand at the gate? Had she moved? Who was she and why should she want to hurt her? Stealing a glance at the teacher who sat herself reading close to the warmth of the fire, her cheeks caught in its glow as the darkness began to claim the hall, Lottie wondered what more she knew of the woman. And the children.

They had gone home for the holidays, the teacher had once told her, because they all had fathers and mothers who loved them, and she, Lottie, had not. But it felt like a very long time they had been gone. Did the holidays really last this long? She couldn’t remember the date, or even the season when the other children had last been here. She was sure it had been warmer, and the days longer. But if they had been collected and gone off to their homes, would she not have a memory of that day, of seeing all her friends standing in expectation next to their packed cases, chattering excitedly? Would she not be able to recall how terrible it must have felt to be left out of the general happy hubbub, to sit, alone, on her iron framed bed as one by one they all departed? Would she not remember some of their names, even just one or two of her particular friends?

The dormitory was full of stripped and empty bedsteads and her bed alone was clothed, a warm and snug haven amid the graveyard. Lottie walked slowly, keeping her eyes on her own bed, for fear that acknowledgement of the iron frames of the others may cause something to happen. Once inside, with her small cloth cat that her teacher made her leave alone in the dormitory all day, the bed clothes around her, she felt warm and safe. Throughout the day she would think of her cloth cat. How did he cope with the loneliness in here all day long? Even though there were no other pupils, at least she had the company of the teacher. The cat had no one. Maybe the dorm wasn’t as scary during the day. Yes, said the cat, during the day it was quite nice.

The tapping woke Lottie. It had penetrated her sleep and gently lifted her into consciousness. Without opening her eyes, she tried to identify the noise. It wasn’t rain. It was too regular, too solitary. It could be a branch at a window, but the rose bushes were all cut back for winter and there were no trees close enough. Perhaps it was the dripping of water somewhere, deep within the backrooms where she was not permitted, the backrooms into which her teacher disappeared each evening. But she knew this was all an attempt to fool herself. She knew where it was coming from and what it was.

The dormitory was as black as pitch. As she swung her legs out of bed she tucked in the cloth cat, telling him to be brave, be quiet, she would be back soon. She moved slowly like the blind, negotiating the unyielding bedsteads on her way towards the door.

Finally reaching the corridor that stretched out into infinity she could see the light spilling from her class room, illuminating the dark enough for her to creep silently on gentle feet unhindered toward it.

The class room was filled with fairy light from the moon. Not golden, not wholesome, but a silver light that was tarnished, that was salt water. The seven times table still hung upon the board. Her desk, the chair neatly placed, identical to all the others.
Lottie paced to the high arched window. The moon had moved across the sky and couldn’t be seen. The spindly fingers of the trees grabbed at the ragged, fleeing clouds.

Up against the window, tapping with her nails, was the woman. Only the thickness of the pane of glass separated them. Her skin was white, her hair black and pulled back beneath her bonnet. Her eyes were filled with a desperate, rigid panic.

‘Charlotte, you must let me in. Your teacher isn’t your teacher. She is a mad woman who only wants to hurt you.’

As the moon drags the sea away from the shore, Lottie reached out a steady hand and raised the latch.