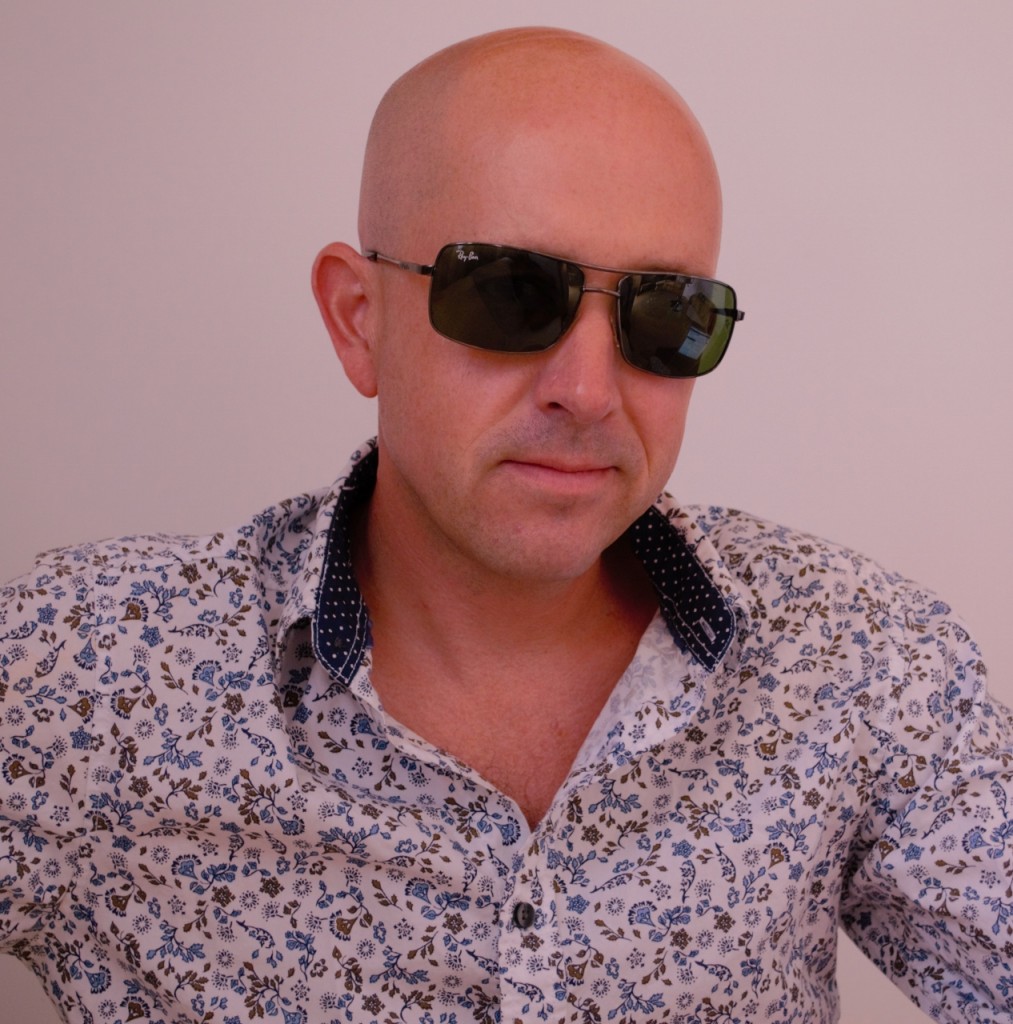 George R Mitchell is a freelance narrative travel writer. He is currently travelling in some of the world’s most hotly contested border areas, researching his forthcoming nonfiction book, “Mankind's Great Divides.” George has also written two novels: “Moral Dilemma” is available on Amazon, and “A New Dawn” will be published later this year. Website: georgermitchell.com

George R Mitchell is a freelance narrative travel writer. He is currently travelling in some of the world’s most hotly contested border areas, researching his forthcoming nonfiction book, “Mankind's Great Divides.” George has also written two novels: “Moral Dilemma” is available on Amazon, and “A New Dawn” will be published later this year. Website: georgermitchell.com 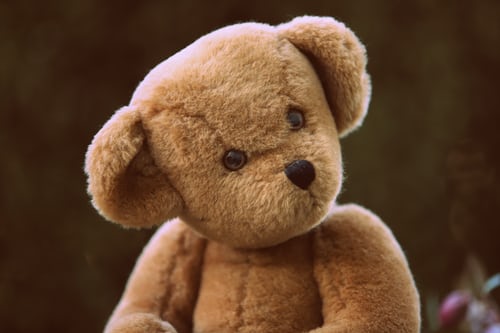 Oh, she had known.  Known since the day he had been born.  In fact she’d known all throughout the pregnancy.  Known that all too soon, her little one would be taken from her.  That dreaded time had come.  Time to go.

As for Rory, well he simply could not understand why he was being taken away from his mother.  Why? Why was he being made to go live with people he’d never met before? Had he done something wrong? Was that why he was being sent away? He racked his brains, but couldn’t think of anything he’d done that was so terrible to deserve a fate such as this.

On the back seat of the car, Lucy held her little one close.  It wouldn’t be long now before the inevitable separation.  Rory turned to his mother, “I don’t want to go, Mama.  I’m scared.”

“Don’t be scared, little one,” replied Lucy trying to comfort him.  “I’ve told you, nothing bad will happen to you.”

“Will you come visit, Mama? Will Roger bring you?”
Roger was the man Lucy had lived with for the past four years, and although not Rory’s father, Roger had been good to Rory and had never once beaten him.  For that, Rory was grateful.

“Yes, of course I will visit.  Just you try to keep me away!” Lucy replied encouragingly.  “We shall come to visit every Sunday, just like I promised.”

Lucy thought over the very words she had just said… Every Sunday…….is that it?  I bring him into this world and then I only get to see him once a week? Mother and son then sat quietly in the car for the next fifteen minutes, savouring their last precious moments together.  Rory was snuggled in close, the top of his head nestling just under her chin as Lucy looked out the window.  It was miserable, grey and cold out there.  Exactly how she felt inside.

Eventually the car came slowly to a stop.  It was time.  Time to go.  Roger got out of the driver’s seat and opened the back door.  He was quiet, seeming to sense that this was a moment that should be handled with delicate care, whilst Lucy just looked at him with sad eyes through the open door.  Roger looked back, looked Lucy straight in the eye and spoke in a soft voice, “Would you like to come and meet Alice? She’s nice, you’ll like her.”

Lucy said nothing.  She just sat there.  Roger nodded.  He understood, and replied with genuine sympathy, “I know, I know.”

He then slowly reached into the car and gently picked up Rory, cradling him in his arms.  Thankfully there was no kicking or screaming from Rory.  For that, Lucy was mightily relieved.  After one last look she turned her head away and rested her left cheek on the back seat of the car, before letting out a long deep sigh and closing her eyes.  Still cradling Rory, Roger closed the door as gently as he could and left Lucy alone with her thoughts.

The lady of the house was called Alice, a very kind lady indeed.  As Roger had kept telling Lucy over and over, “You have nothing to worry about.  Alice is the salt of the earth.”

On opening the front door, Alice greeted them with a beaming smile.  Rory, despite the fact he still did not know quite what to make of all this, instantly took a liking to her.  Roger made the introductions before all three went inside and sat down at the kitchen table.  However, after only ten minutes of talking, which Rory neither understood, nor if truth be told was remotely interested in, Roger got up and quietly left.  This moment was not the easiest for him either.

From the very off, Alice showered Rory with genuine affection.  She made a big effort to put him at ease.  Her aim being to help him to get through what could be a rather traumatic time.  Separation was never easy.

Alice decided it best if Rory got his bearings as quickly as possible.  It’ll help him settle in, help him feel like one of the family.  So with these thoughts in mind, Alice spent the next hour taking Rory round his new home, explaining everything along the way.  They went from room to room, with Rory exploring every nook and cranny, touching everything.  So many strange things and smells.  He simply loved his new home… and as for the garden, well he’d never see anything like it in his entire life!

“Are you hungry, little Rory?  Roger told me what your favourite was so I’ve got it all here for you.” Alice placed the food in front of Rory and watched as he gobbled it up messily in the way only little ones do.

She laughed.  “My, my, slow down… goodness me… you were hungry!”

After Rory had finished, she cleared his plate and told him she had to do the washing up, so why didn’t he go into the living room and play with some of the toys?

Rory liked this idea, so he toddled off to the living room leaving Alice in the kitchen.  As she went about her chores, Alice thought much about Rory’s arrival.  “Poor little thing, it can’t have been easy for him leaving his mum like that and this will be the first night he’s spent by himself.  Never mind, he’ll get much love here, I’ll see to that.”

Finishing up, Alice dried her hands, walked through to the living room and bent down to come eye level with Rory who was sitting on the couch surrounded by toys.

Rory didn’t reply, he just kept on playing with the mess of toys around him.

Alice looked at him with a little concern.  She really did hope he would settle in and soon.   “I’ve got a lovely family, Rory and they are all coming round to meet you tomorrow.  Both my children are grown up now, mind, but my four year old grandson, Josh… Oh he’ll just love you to bits!  You’ll like him too, he’s a lovely wee boy.  I think you two will become the best of friends.”

She lovingly ruffled the top of his head before continuing “Anyway, I think its bedtime for you, young Rory.”

Rory didn’t reply.  He didn’t need to.  He needed no convincing whatsoever to go to his bed.  In fact, he was having difficulty keeping his eyes open as it was.  It had indeed been a long day for someone so little.  Yes, it most definitely was time to go… to bed.

Alice bent down to scoop him up, but quickly realised on seeing a damp patch on the couch, that he had wet himself. Rory was embarrassed, a little scared and started to cry.

“There, there, now.  Don’t you worry about it, nothing to be ashamed of.  We’ll soon have you cleaned up and off to bed.”

Rory was reassured by Alice’s kind manner, and was grateful he wasn’t going to get into trouble for his little accident.

Without fuss, Alice dealt with the mess and carried him through to his room.

“Goodness me, Rory, you certainly are heavier than you look.  But that’s a good healthy sign, I guess.”

Although now very sleepy, Rory was quite stunned at the sight that now stood before him.  “Wow, my own bed!” he thought to himself, “I’ve never had that before!”

Alice carefully placed Rory in his new bed which already contained the thick patchwork blanket she had lovingly made for his arrival.  As he snuggled into it, she handed him a teddy.

“To cuddle up to in the night.  Sleep well, little Rory,” she whispered to him as she stroked his right cheek.
It tickled a bit but Rory liked it.  He then looked up at this caring woman one last time and gave out a tiny contented sigh.  Alice smiled, flicked the switch and was gone.

As Rory lay there in the darkness he couldn’t but help think over the day’s events.  “I do miss my Mama but this isn’t so bad.  Good food and my own bed.  Then of course there’s Alice.  She’s nice!  And tomorrow I get to meet her grandson, that’ll be great, somebody to play with!  I think I’m going to like it here.”

With these comforting thoughts, Rory closed his eyes, curled up into a little ball around the teddy, rubbed his black shiny wet nose with his left paw and fell fast asleep.