The Butcher of Peckham 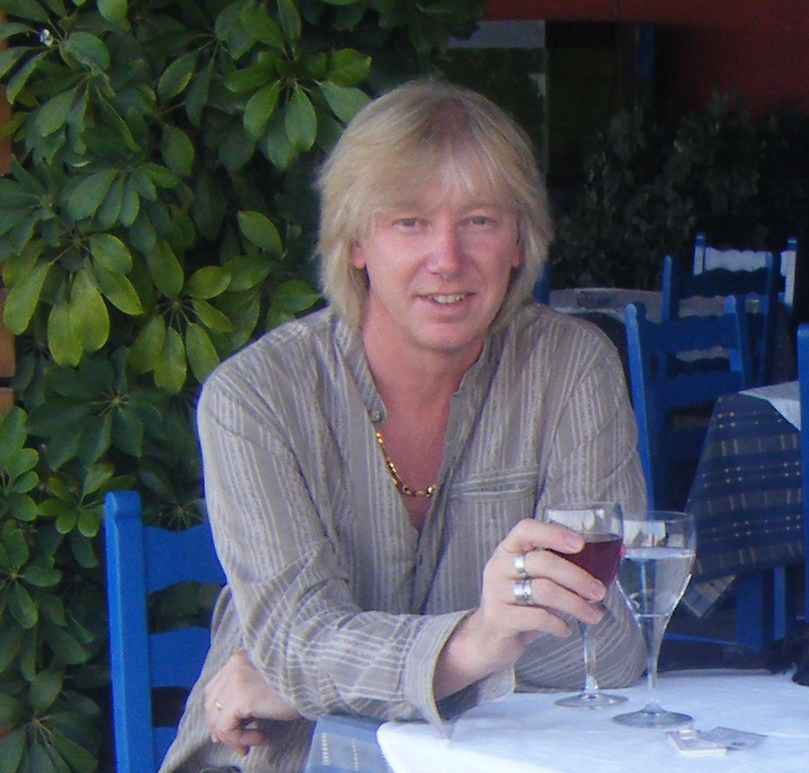 Gary Power pulls no punches with his provoking tales of horror and dark fantasy and has been published in several anthologies, particularly the highly respected Black Book of Horror (Mortbury Press). He is a member of the British Fantasy Society, an Amazon author and also part of the prestigious Clockhouse London Writers group. Website: www.garygpower.com

Gary Power pulls no punches with his provoking tales of horror and dark fantasy and has been published in several anthologies, particularly the highly respected Black Book of Horror (Mortbury Press). He is a member of the British Fantasy Society, an Amazon author and also part of the prestigious Clockhouse London Writers group. Website: www.garygpower.com 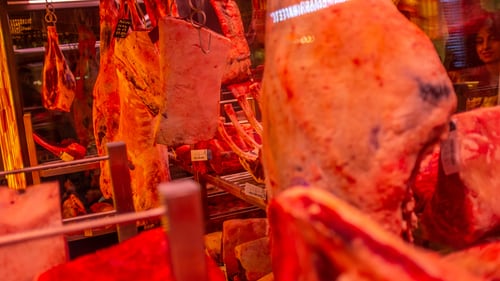 ‘Fackit,’ cursed Sorin as he cleaved a chunk of brisket. Only the desperate would go shopping for meat in such appalling weather. And with the butcher’s shop stuck out on the far end of Peckham High Street that wouldn’t be many. Not that it mattered any more. Business wasn’t good, money was tight and stocks were low. Another year like the last and he’d be forced into bankruptcy. Still, Sorin had a contingency plan.

The first customer, a stocky man in his fifties, came through the door at nine thirty.

Sorin didn’t look up. He knew immediately from the heavy footsteps and plodding pace who it was.

Dickie was an ex-policeman, pensioned off after he was injured trying to control looters who’d set fire to a shop next to Gregg the bakers in Peckham High Street during the 2011 London riots.

‘…into each life some rain must fall,’ said Dickie as he pulled a couple of twenty pound notes from his wallet.

Sorin stopped what he was doing and looked up.

‘Henry Wadsworth Longfellow. He was a famous American poet.’

Sorin looked down again and carried on with his cleaving.

‘Fackin Americans,’ he said. ‘Didn’t know you liked rhyming stuff.’
Dickie chuckled as he looked at the cuts of meat behind the glass counter; the selection wasn’t good. ‘I’m full of surprises. And it doesn’t have to rhyme to be poetry. Do you have any more of that rather wonderful Romanian veal?’

The oversized butcher slammed his cleaver into the thick wooden slab almost chopping off his right thumb. When he looked up, there was a smile on his face.

‘Just got some in,’ he declared. ‘Lovely joints…you fackin’ love ’em, I promise.’

‘That’s wonderful. Do you know, it was so tender and quite mild for veal. Very unusual. I’ve never tasted anything like it before.’

The butcher disappeared into his walk-in fridge.

‘Stefan not with you today, Sorin?’ called Dickie after him.

Sorin stuck his head out of the doorway. He looked agitated. He had his mobile phone in his hand.

‘You’re on your own today.’

‘Yeah. Stefan he not turn up for two days now. I try to ring him you see?’ He shook the phone in the air. ‘He probably a fackin’ illegal immigrant like all the other cants,’ he said, then he retreated back into the fridge.

‘You’re not too lucky with your employees are you, Sorin?’

There was a pause and then Sorin peered out of the fridge again. He still looked agitated. His big head was perspiring and there was a bulbous drop of sweat hanging from his nose.

The big man said nothing as he disappeared again. There was much moving of boxes and cursing before he reappeared. When he did, he looked even more flustered.

‘You take your pick, Dickie,’ he said as he slapped several fillets of reddish meat onto the slab. Blood oozed slowly from severed vessels protruding from the dead flesh. ‘They all lovely pieces. Not cheap though, you have to pay for decent fackin’ meat like this.’

Dickie rubbed his chin as he considered which ones to pick. But his concentration was drifting.

‘Who worked here before Stefan?’ he pondered, ‘There was that lovely young lady…Felicity I seem to remember.’

‘Flavia. She was a fackin’ illegal too.  Nice titties though. Border agency come in and takes her when the shop was fackin’ full an’ I’m left on me own. Bastids. They could’ve waited ’til shop fackin’ closed. I never see her again either.’

Dickie pointed to several large, fleshy chops and Sorin dutifully wrapped them up and put them in a ‘Peckham’s Quality Meat’ carrier bag.

‘That’s forty three quids Dickie, but ’cos you’s good customer we call it forty. We have to start charging five pees for the bags ’cos they fack up the environment but I let you have this one free.’

Dickie handed over the money, but he was still lost in thought.

‘…and then of course there was Lucian. I wasn’t keen on him…I found him a bit temperamental. Now if anyone came here hidden on a lorry it was him.’

‘Not Lucian. I find him selling Big Issue. He tell me he lose his job, his wife, his family, all ’cos he can’t keep his dick in his panties. He really sad facker. He disappears one day with my takings. That was six months ago. I think he start my bad luck.’

Rain was thrashing against the shop window and a howling wind was forcing its way through a gap in the door. Dickie picked up his shopping and turned to leave.

‘I do hope you’re able to maintain your supply of this lovely Romanian veal. I remember the first time I bought it from you back in January. Me and Barbara commented how nice it was at the time. We’d never tasted meat quite like it.’

Sorin walked from behind the counter and began to make his way towards the shop entrance. He was looking agitated again. He was a big man. Like Popeye’s nemesis, Bluto. Dickie had always thought how threatening he looked when he wasn’t smiling. He had a surly look about him.

‘How time flies, Sorin. That was just over…six month’s ago.’

‘I think I close now, Dickie. The rain really pisses dogs and cats now, eh? I don’t think anyone go out in this.’

Dickie just smiled back. His mind was in another place.

Sorin pointed the meat cleaver in his direction and roared with laughter.

‘Hah…I see what you’re thinking Mr. Dickie. You think my workers disappear in six months. No identity. No family. And for six months I supply new meat with different taste.’

‘N…no Sorin. I wasn’t thinking that at all.’

The unwieldy butcher moved in his direction, meat cleaver raised as though ready to give his brain a parting.

‘You have a policeman mind. You thinks like fackin’ Morsey. You think I kill them and cut off all the meat to sell?’

Dickie laughed nervously and started to walk towards the door. He was a timid man, really. He’d never wanted to be a policeman but his father had been and his father before that, there was no option. Dickie had always fancied himself as a thespian, or maybe a ballroom dancer. Just because he was big didn’t mean he could deal with trouble.

‘Of course not, Sorin. I did think it was a coincidence but I…’

He couldn’t look at the big man now. He felt intimidated, so he looked to the floor.

‘You think I feed the rest to pigs and then shred the bones and grind what’s left into bone meal like a perfect murder?’

There was a blast of wind as the door was opened and then a loud crash as it was slammed closed. Dickie looked up and saw a roguish man standing in front of the exit; he was breathless and shaking off the rain. He was only wearing a t-shirt and jeans.  Absurd considering the appalling weather.

There was something very familiar about him.

‘Stefan!’ shouted Sorin, ‘where you fackin’ been all this time? This man think I kill you and chop you up into little pieces.’
Stefan roared with laughter. He was putting on a butcher’s apron.

The joke it seemed was on Dickie. He laughed with them as though relieved. But something still wasn’t quite right. Stefan was sliding the bolt across the door.

‘No, no, no, Mr. Dickie. I wouldn’t kill my workers for special Romanian meat,’ exclaimed Sorin.

Dickie turned just in time to see the butcher’s beaming face and the cleaver slicing through the air towards his skull.

‘We save best customers for that.’