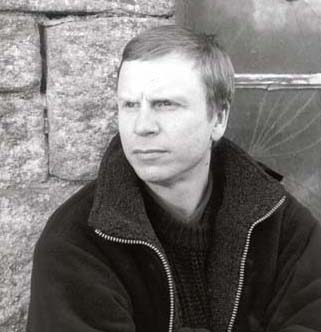 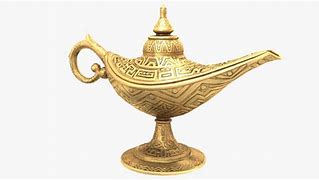 The President was enjoying a leisurely stroll along the beach when he saw a glint of gold in the sand.

Security eased the object from the sand and, after a thorough inspection, passed the lamp to the President.

“Looks just like Aladdin’s Lamp,” he said to himself, and slipped it into his pocket.

That evening, alone in the bedroom of his summer retreat, the President examined the lamp.

Standard issue fairy-tale magic lamp, as far as he could see. Smiling to himself, he gave it a rub.

He jumped back in alarm and dropped the lamp as smoke funnelled from the spout and coalesced into the form of a rather overweight genie.

“Oh, Master,” said the genie – so far so clichéd, thought the President – “thou has saved me from purgatory. How might I be of service?”

“Three? You have been misinformed. The wishes I will grant you are limitless.”

Limitless, thought the President. This should be interesting.

The genie said, “What is most important to you?”

The President considered the question. “The security of my beloved country, of course.”

“Then I advise that your first wish should be how I might assist you in securing your beloved country.”

The President paced back and forth for over an hour. At last he came to a decision and said, “I wish that my great country existed in a world without al-Qaeda and the Taliban and Allied terrorists.”

“Your wish is my command,” said the genie.

The following evening, after a security meeting with his advisers, the President summoned the genie.

“Tell me something,” said the President. “The al-Qaeda problem is no more. They’ve simply vanished – as if they’ve never been. But not a soul in the world but me is aware of the fact.”

The genie smiled. “That is because I excised the memory of al-Qaeda and Allied terrorists from every mind but your own.”

“Very clever,” said the President. “But what did you do with…?”

“I gave them an Earth of their own.”

Ingenious, thought the President, and got on with running the country.

Months passed and the Ruskies began getting uppity again. The President had forgone the option of using the genie in order to line his own pocket, but once again national security was at stake.

He summoned the genie and said, “Genie, those goddamned bolshy Russians are playing up. I think they should be removed.”

“I will attend to the matter at once, oh master!”

And lo! When the President woke up in the morning, the Russian problem was no more.

A year passed. The President had never been so popular, the country never so safe or prosperous.

Came the day when another bunch of no-good sabre-rattlers – this time the Chinese – began to rattle more than just their sabres.

He summoned the genie and announced, “Genie, those darned Chinks need to be taught a lesson once and for all.”

And it was done.

The President secured a second-term in office with a landslide majority.

America, policeman of the world, policed a world of relative peace and harmony – notwithstanding the occasional rumpus that was put down with a firm hand.

The President was wrestling with another knotty problem.  He paced back and forth for over an hour. His wife had been annoying of late, what with saying the wrong things on prime-time TV, and for that matter, his only son had been getting into drug-related hot water not befitting the son of the President. He had often thought that he’d be better of without them.

At last he came to a decision.

“Genie,” he said, and relayed his problem.

“I have just the solution,” said the genie.

The president listened to the genie’s suggestion, and smiled to himself. “Do it!” he commanded.

A year passed and a trade agreement with the Europeans – always a gaggle of cent-pinching bastards – turned nasty. A US battleship was attacked in the Mediterranean; for a whole tense week, the country was in a state of nuclear alert.

To avert disaster, the President rubbed the trusty lamp.

“Oh, master, your wish is my command!”

“I’ve had a bellyful of those garlic-eating Euros, genie! Away with them!”

Eight years after coming to office for the first time, the President ruled over a vastly depopulated world. In fact, only one country existed on the face of the planet…

There was a problem, though.

Texas wanted independence, and so did Alaska.

They wanted independence so much that they were willing to fight for the privilege.

Not that the President would let matters reach such a sorry state.

Once again he summoned his trusty genie, and once again the genie did his job.

Twelve years after first coming to office (yes, the President had changed the constitution to allow himself to run for a third term), the President sat alone in the Oval office.

The past few months had seen a lot of rubbing of that old magic lamp, resulting in the banishment of all those ingrates who had opposed his rule.

But not all was rosy in the garden.

There was division amongst the populace.
The Woodland tribe was sore about the Coasters hunting on their sylvan territory.

Something had to be done about that.

The President of what had once been the United States of America sat on the beach – not a stone’s throw from where he had discovered the magic lamp, twenty years ago – and stared out to sea.

He had done a lot of thinking of late. There was little else to do, with no one to rule over.

Sometimes he got a little lonesome, and on these occasions he would summon the genie and shoot the breeze.

He was becoming dissatisfied, though. A voice in his head was beginning to anger him.

He came to a realisation that he was his own worst enemy, and summoned the genie.

“Allow me,” said the genie.

A second later the President vanished.

And for the first time in a long, long time, peace reigned on Earth.