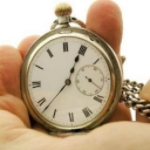 Lucian Carter is a short fiction writer with works spanning comedy, supernatural and adult. Find him on Twitter @Luciancarter. His story 'Bargain' also appears in the anthology "Tales Both Devilish & Strange," along with four other supernatural horror stories.

Lucian Carter is a short fiction writer with works spanning comedy, supernatural and adult. Find him on Twitter @Luciancarter. His story 'Bargain' also appears in the anthology "Tales Both Devilish & Strange," along with four other supernatural horror stories. 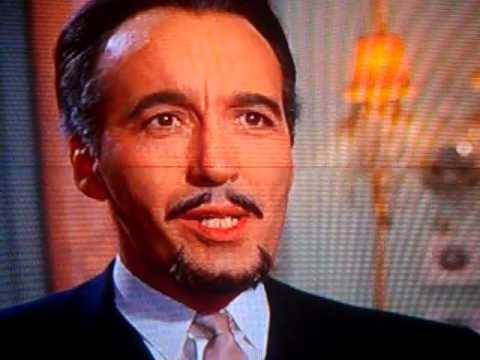 Anna woke to the sound of her husband approaching with a tray of breakfast. She smiled as she inhaled the aroma of French toast with strawberries, her favorite. A steaming cup of coffee capped off the modest meal.

“Hi honey,” she said with a dreamy smile.

“Happy anniversary,” he replied with a smile of his own shining out from his salt and pepper beard. He carefully set the tray down in front of her and took a seat on the bed.

“How nice,” she said with appreciation.

“Aren’t you having anything?”

That was odd, Anna thought to herself. Tom usually had a voracious appetite and would regularly consume twice what she ate. It was a testament to his fitness regimen that he had stayed in such great shape even into his sixties. She gazed at his face, which sported more wrinkles with each passing year. Even though his age was showing, Anna found him as handsome as ever. He stared back at her as she began to eat and she could see the love in his eyes.

His smile wavered for a moment. He took a deep breath. “Yes, yes I can.”

“So what else is on the agenda for today?” she asked. “You told me you were in charge of everything.”

“I have a surprise for you,” he said as he stood and headed to the closet. Anna wondered what he could be doing. He was already dressed in one of his best shirts and slacks and she had checked the closet the night before. There were no presents hidden within.

Tom reached up and moved a few things around on the top shelf. At 6’5” he had no trouble reaching. At only 5’3” Anna would have needed a stepladder to achieve the same goal. Tom grabbed a dull metal box from the far reaches of the closet and pulled it down.

“Your bachelor box?” Anna asked, confused. “What are you doing with that?”

“Do you know what anniversary the tenth is?”

“Anniversaries have certain things associated with them. One year is paper. Twenty-five is silver. Fifty is gold.”

“This is a tin box. I had always planned to show you what’s inside on our tenth anniversary.”

“But you made me promise never to look inside. Or even ask about it.”

“And you never even asked for the combination. Just another reason I love you. But the time has come.”

Anna was excited, more than Tom seemed to be. It was like something was weighing on his mind. Tom settled on the bed, facing Anna. He spun the numbers on the combination lock and it popped open.

“No peeking,” he said as he held the box facing away from her. She continued to eat as he looked through the box’s lid, which he only opened a crack.

“So what is it?” she asked with all the eagerness of a child at Christmas.

“Do you remember where we first met?”

“Of course, at that cocktail party thrown by my parents,” she said as Tom pulled a napkin from the box. “What’s that?”

“I was too shy to ask you for your number. I ended up having to ask your brother. I wrote it on this.”

“And you saved it all these years,” Anna gushed.

“I knew from that moment I loved you more than anything. And I knew you didn’t feel the same way.”

“There’s no need to feel ashamed. I’m almost thirty years older than you and a friend of your dad’s. It’s no surprise you didn’t think of me romantically.”

He pulled a receipt from the box. “I sent you flowers the next day. I kept the receipt.”

“And boy… was my boyfriend upset,” Anna said with a smile.

“I remember you calling me to thank me. And to tell me you didn’t think it was appropriate.”

“I tried poetry next.”

She laughed. “Honey, I love you, but you are a terrible poet. Rhyming lover with Grover and expecting it to make someone feel romantic?”

“Still, I kept the first draft.” He pulled it from the box and handed it to her.

“Wow. I haven’t thought about this in years.” She gave the poem a quick read, still giggling when she reached the Grover line.

“Do you know what finally made you think of me that way?” he asked.

“I… I don’t know. I guess it was just a combination of everything. When Robert just up and disappeared you were the first person to call. And instead of trying to woo me you were just there for me.”

“I knew I would be miserable for the rest of my life without you. So I did the only thing I could do.”

“I sold my soul to the Devil.”

“Oh my… you’re serious. You think you sold your soul?”

“A man in love will do some crazy things.”

“Honey, your practical jokes are as bad as your poetry. Let’s just drop this.”

“I wish I could. But you see, the deal was I would get ten years of marriage to you in exchange for the rest of eternity in Hell. Today he’s coming to collect.”

He reached into the box and pulled out a piece of ancient looking parchment covered with handwriting in ink.

“Go ahead and read it,” he said solemnly as he handed it to her. He took her half-finished breakfast and set it aside on the nightstand. She began reading the contract, her face growing paler as she did.

“This can’t be true,” she said as she finished.

“How can I convince you it’s true?”

“Well, it said something in there about an act of evil to seal the deal. You’ve never done anything evil in your life.”

“That’s why he disappeared.”

“I invited him fishing. It was supposed to be my way of apologizing for pursuing you when you were with him. Then I shot him.”

“With this,” he pulled a small pistol from the box and set it on the bed. “Then I dumped his body in the lake.”

“Honey, I do not for one minute believe you killed Robert.”

Tom pulled a wallet from the box. “I kept his wallet. See, here’s his old driver’s licence.”

“Why didn’t the police find out?”

“I had to get him out of the way and seal the deal. So you can see, our entire life has been a lie.”

“We’ve been together over ten years now Tom. I know you’re a decent man. You haven’t been faking it. I know that!”

“It will be easier when I’m gone for you to know I’m not the man you thought I was.”

“No. Even if you killed Robert you did it because you loved me. And I love you, with all my heart. I married you for better or for worse and if that includes you being a murderer I can accept that.”

He sighed. “I’ve always known your love wasn’t real. Just part of a deal with the Devil. I resigned myself to that fact before we even got married.”

“I’m still not convinced this isn’t some bad joke. So, it’s been ten years? What does that mean?”

“It means the Devil will be coming to collect soon. I wanted you to know the truth before he took me away.”

“There has to be some way out of it.”

“Nope. Even if I hadn’t made the deal, I killed a man. I’d be going to Hell anyway. Besides, eternity in Hell for the ten years of bliss I’ve had with you? I’d call that a bargain.”

“So you’re saying I only loved you because the Devil made me.”

“As much as I appreciate hearing you say that, I’ve always known in the back of my mind it wasn’t true.”

“Honey, whether the Devil made me love you or not I cannot live without you.”

“Anna, you always knew one day I’d be gone. If nothing else I’m in my sixties now. I wasn’t going to live forever anyway. But you’re still young; you’ll meet someone and fall in love for real.”

“Well, if the Devil can make people fall in love then how will I ever know it’s true love?”

“She’s right, you know,” came a man’s voice from behind them. They turned to see a silver-haired man in a fine black suit, who had suddenly appeared in the bedroom. “I didn’t make her love you. I can’t.”

“What?” he asked with shock.

“Even the Prince of Darkness doesn’t have that kind of power over human minds and souls. Love is beyond what I can create. But, as you said, you killed a man. Admittedly, I tricked you into it but that still means I claim your soul.”

“You’re the Devil?” she asked, truly convinced at last.

“Nice to finally meet you. I can see why he was so interested.”

“You didn’t make her fall in love with me?” Tom continued.

“No. You did it all on your own. I had faith you could, that’s why it seemed like such a good idea to make you think you needed me.”

“Then our deal is off!” he said with rising anger.

“Our deal was never valid. You signed in ink, not blood. But I’m going to take you anyway.”

“You can’t!” she said emphatically.

“It’s entrapment. You tricked him into committing an act of evil. That means it’s invalid.”

“You would have made a lousy lawyer, cutie. Murder is murder. And it’s a one way ticket to the fiery place.”

She reached down and grabbed the pistol Tom had left on the bed.

“What are you doing?” her husband asked.

“Do you think shooting The Devil will accomplish something?” asked the man himself.

“No.” she replied. She pointed the gun at her husband.

He was cut off as the bullet tore through his forehead, his last question dying on his lips.

“Well…” said the Devil as the echo of the shot faded. “That was unexpected.”

“There.” she said. “I just murdered my husband. Now I’m going to Hell too. And we can be together forever.”

“It won’t be pleasant.” the Devil replied.

“As you wish. Why don’t you just turn that gun on yourself then?”

Moments later her brains were splattered on the wall of their once immaculate bedroom.

“Two souls for no work at all,” chuckled the Devil. “I’d call that a bargain.”

Lucian Carter asserts the moral right to be identified as the author of this work.