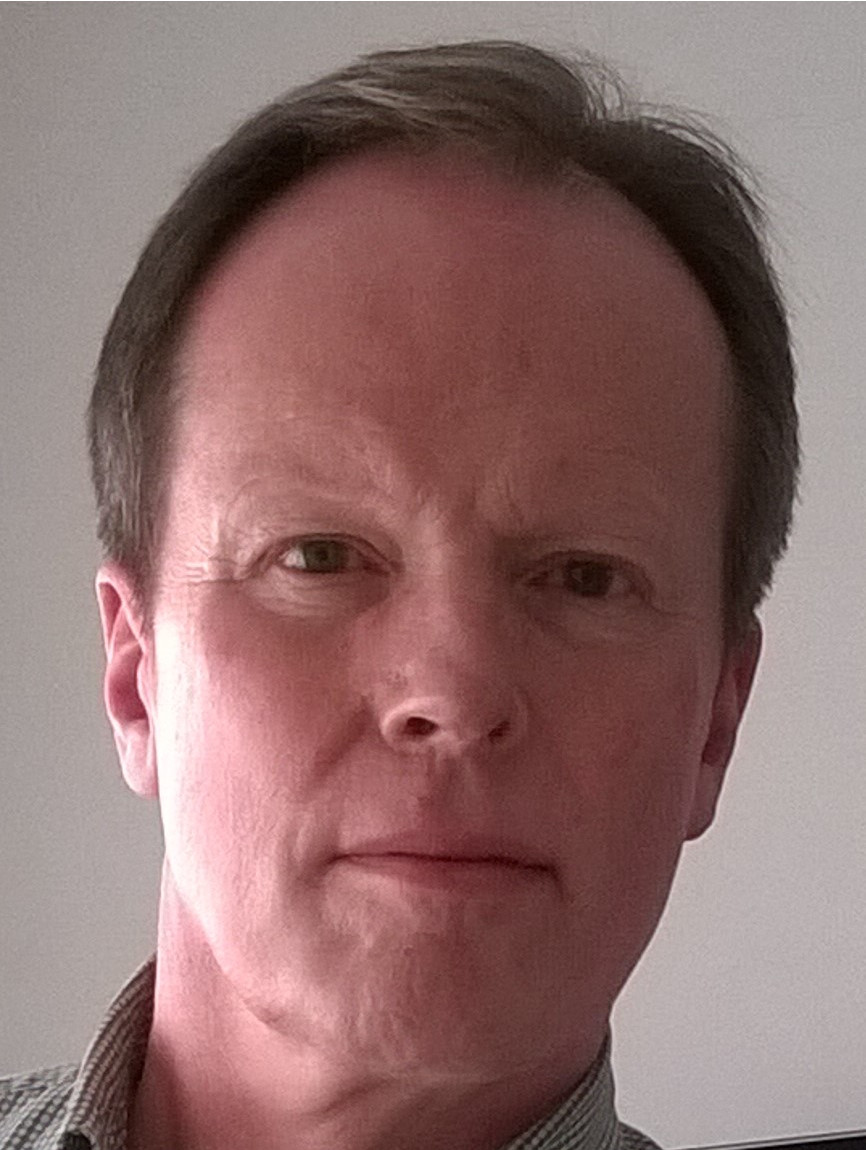 At the age of 16, Merlin Ward auditioned for Alan Bennett's first West End play and fulfilled his dream of becoming an actor. At the age of 19, he was cast in Child's Play starring Laurence Harvey and it was during its run at the Queen's Theatre that he had the chance to attend a glittering show biz party, a shattering experience that is the basis of his story 'Eton Mess'

At the age of 16, Merlin Ward auditioned for Alan Bennett's first West End play and fulfilled his dream of becoming an actor. At the age of 19, he was cast in Child's Play starring Laurence Harvey and it was during its run at the Queen's Theatre that he had the chance to attend a glittering show biz party, a shattering experience that is the basis of his story 'Eton Mess' 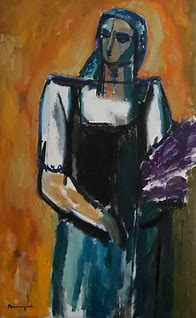 It was a non-smoking carriage but the skinheads couldn’t read the sign or, maybe it was that they didn’t care. Keen to get off the train, Freddie, a young actor, slid down the window, turned the exterior door handle and, making sure that he didn’t hit anyone standing on the platform, he opened the door, jumping off whilst the train was still entering Charing Cross Station. He handed in his ticket to the inspector at the gate and checked the time on his Longines watch, a gift from his father.

Freddie headed out of the grimy station, walking quickly past some kids with a transistor radio that was blaring out his favourite T-Rex song: Ride a White Swan. Marc Bolan was the glam rock star of the moment; it was also a prosperous year for Freddie, who was playing a major role in his third West End play at the tender age of nineteen.

Life was good; he had money; a burgeoning acting career; and an exciting evening in prospect. He’d been invited to help out at a party for the princely sum of £10; not just any party but one given by the UK’s leading playwright.

‘Here you are, dearie.’ Lavender wrapped in tin foil was shoved under Freddie’s nose, by a Romany woman, with a lined, sun-hardened face.

‘Thank you.’ Freddie took the tiny bunch and with a smile headed off.

‘Well, give us something for it!’ shouted the woman, running after him.

The boy turned and handed back the lavender. ‘I thought it was a gift. I don’t have any spare change.’ He hurried away.

‘Then a curse be upon you,’ she shouted. ‘Bad luck will dog your footsteps for eternity!’

The house was enormous, by London standards.  Most would think it strange to have a party on a Sunday evening, but it was the only night of the week when theatre actors were free to go out. The playwright’s wife, Charlotte, opened the door and showed him through to the kitchen where he was introduced to Anthony. Freddie felt his actor’s heart pounding in such esteemed company, but was put at ease when the playwright opened a giant-sized fridge, stuffed with bottles of champagne.

‘This is what we’re serving. The glasses are over there. Make sure that everyone is looked after and then join the party.  Feel free to have a good time; mix, circulate,’ said Anthony.

A little girl ran into the kitchen and announced to Freddie that dinner would be served downstairs. ‘But I have to go to bed and it’s not fair!’ The child stormed out of the kitchen, not waiting for a reply.

‘It’s going to be a bit crowded in the basement,’ explained Charlotte. ‘But we should just about seat everyone. I may need your help serving the food.’

Freddie went to open the front door and the first guests arrived. He didn’t recognise the American and his wife but his interest sparked up when the playwright introduced the Hollywood producer who was turning his hit play into a major movie.  From that moment on Freddie’s role was to open the front door, take any coats and serve champagne to the continuing flow of famous faces.

The party was in full swing when the playwright came into the kitchen. ‘We have a couple of late arrivals.  Could you do the honours?’  The young excited actor poured champagne into two flutes and took them into the main reception room where the atmosphere was truly buzzing.  He looked around the guests and then he saw them – crystal blue eyes, sparkling from a stunningly beautiful face, complemented by curling blonde hair.  The Hollywood star turned her perfect pools of blue towards him and he fell in love. Although her husband was standing right beside her, Freddie almost forgot to give him his glass of champagne.

‘Are you an actor?’ asked the beautiful film star.  She was talking to him!  His life could not get any better. Somehow, he found the words to reply and blurted out how much he loved her work.

The guests were ushered down to the basement, which was decked out like a bistro.  Every now and then, the young actor would steal a glance at those vibrant blue eyes.  She was surrounded by famous faces and he determined that he too would be famous one day.

Pudding was Eton Mess. Across the room was a Welsh dresser and Freddie was asked to collect some extra plates that were on display; not an easy task as there was not much room between the chairs.  Fortunately, his thirty inch waist served him well and with a few apologies he made it back without disturbing too many stars.

Eton Mess was new to him but it looked good. Strawberries had been whipped with cream and then mixed with meringues. Raspberry juice was poured over the finished result. Taking great care, the actor performed like a waiter at the Ritz as he served the animated guests.

The American film producer was in deep conversation with the crystal blue eyes as Freddie eased his way behind his chair, holding two great piles of Eton Mess high above the man’s balding head. Suddenly, without any warning, one of the plates broke apart.  Crockery, followed by raspberry juice, whipped strawberry cream and meringue poured down the powerful man’s head and neck.

The producer leapt to his feet with a yell as broken pieces of crockery clattered onto the tiled floor. Every pair of famous eyes in the room turned towards the young actor who was holding a section of plate.

‘It just disintegrated!’ he spluttered to the room.

His feeble excuse brought the house down and everyone burst out laughing. Blushing as red as the Eton Mess, Freddie tried to help the producer clean up, but he was roughly pushed away.

The playwright’s wife came to the producer’s aid and she and Freddie’s dream girl wiped away the mess as best they could with numerous proffered napkins.  Later, it was explained to the distressed young man that the plate had been broken weeks before and the pieces stuck together.

‘The weight of the food must have been too much for the glue,’ added the highly amused playwright as he opened his wallet.

Freddie begged his hosts to make an announcement; to tell the famous people and especially his new found love that the accident was not his fault.  The playwright laughed and said that it had created a brilliant climax for the evening and that the young man should not worry. To make up for the embarrassment Anthony gave him double the agreed fee.  But money could never make up for the humiliation the teenager felt.  His career in movies was doomed before it had even begun.  He left for home with a full wallet and an empty heart, unaware that the Eton Mess had stained his white shirt blood red.

‘What’s happened to you, sonny? Is that your blood?’

‘It’s raspberry juice. Eton Mess. I had an accident at a showbiz party.’

The policeman laughed and let him go. ‘You an actor, then?’

‘Theatre?  You want to get into the flicks, young man.’

Freddie’s train was leaving for Sevenoaks in ten minutes. Enough time to do what he knew he had to do.  Where was she? Where was the gypsy woman with the hard face and the broken-toothed smile? It was a big relief when he spotted her. Feeling for one of the ten pound notes he’d been given, he headed over to her. She had cursed him and he was determined to buy her good wishes and, hopefully, for the curse to be undone.

Wary green eyes that missed nothing had seen Freddie talking to the policeman and now watched him as he came towards her. The blood red stain told the Romany that he was wounded and dangerous. She felt for a slim blade in her sleeve and eased it into her hand as the young man reached inside his jacket. What for? A knife? A gun? She was too long in the tooth to be caught out by a callow youth. Her target was the red circle bleeding down his shirt.

There was no resistance to the razor-sharp blade. The boy’s hand shot out from his jacket holding a ten pound note, which the gypsy extracted from his fingers as she pulled the blade out of his flesh.  She turned away as the actor fell to his knees, his fresh blood mingling with the Eton Mess.
Freddie knew he was hurt but he had to catch the last train home.  He got to his feet and staggered towards the ticket barrier. The inspector saw the young man with the spreading red stain and rushed to his aid but the policeman brought him up short.

‘Leave him. He’s an actor. It’s just some raspberry juice – “Alas, poor Yorick!” and all that.’

The wounded teenager managed to get on the train and sat down in a corner seat opposite another young skinhead.

Twenty minutes later, the train pulled into Orpington Station and the skinhead got off.  He felt good; he was ten pounds richer and the proud owner of a lovely Swiss watch.

Freddie did not get off the train when it stopped at Sevenoaks. He travelled all the way to the end of the line.

The following night, Freddie’s young understudy got his big break when he stepped, for the first time, onto a West End stage in front of a packed house.

Merlin Ward asserts the moral right to be identified as the author of this work.