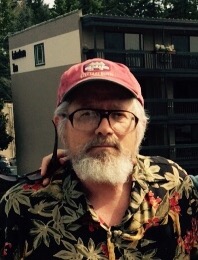 Doug Hawley lives in Lake Oswego, with his editor Sharon and cat Kitzhaber. The former actuary (extuary) writes (20 to 30 publications), hikes, snowshoes when there is snow (drat global warming) and volunteers in local parks removing invasive plants and at a charity bookstore.

Doug Hawley lives in Lake Oswego, with his editor Sharon and cat Kitzhaber. The former actuary (extuary) writes (20 to 30 publications), hikes, snowshoes when there is snow (drat global warming) and volunteers in local parks removing invasive plants and at a charity bookstore. 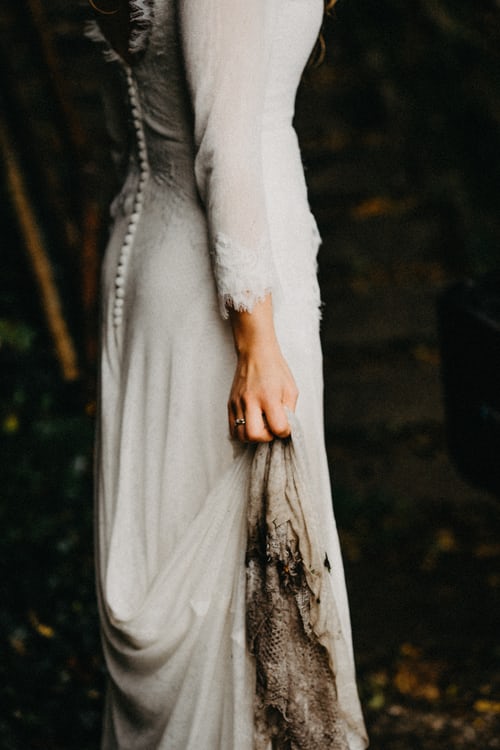 Eric was complaining to Jeff at the next cubicle again. “Look, my wife Jane is such a pain in the butt. She rags on me if I leave a light on when I leave the room. I follow too closely when I drive. I drive too fast. I don’t pick my clothes off the floor when I take a shower. Can’t she remember to put the seat down on the toilet; do I have to do everything? I dribble food when I eat with my mouth open. How can she object to Neil Young? ‘Like A Hurricane’, ‘Heart Of Gold’, ‘Helpless’, Rocking In The Free World’, they’re all classics. She likes Celine Dion, of all the lame singers to like. I take out the garbage, so she should wash the dishes. If it’s not one thing it’s three things. I don’t know what to do about her.”

Jeff had the usual advice. “When you were a kid, did your parents ever spank you?”

“No. Everybody knows what a regular guy I am.”
“Think about it. Jane just needs some strong handed discipline. Maybe you don’t need to get physical with her, maybe you do. You could start off by just putting her in her place. Explain the facts of life. You are the one bringing home the bacon; she just has to keep the house in order, right?”

“I see what you’re saying. Things are going to be different around the house from now on. Food will be on the table when I’m ready to eat. She’ll start wearing clothes that I like, let her hair grow out and the $50 monthly styling bills are finished. There will be an end to those two hour phone calls to her dumb friends. No more bra in the chandelier.”

After the weekend, Jeff asked, “How did it turn out?”

A stricken Eric said, “She’s talking about leaving. She says I’ve changed and not for the better. Maybe you shouldn’t give marital advice.”

At lunch in the cafeteria, Lamar sat down beside Eric. “Hey, I know that you’ve been taking advice from Jeff. There are a few things that you don’t know. The ‘expert’ on relationships has been married three times, has restraining orders placed against him and has spent a little time in jail for domestic violence. I don’t think that you’ll get anything helpful out of him except how not to do things.”

“So you think that you know better?”

“I’ve been happily married for thirty years, and hope for thirty years more. I like you and Jane and I’m saddened at how your relationship seems to have deteriorated lately. My son Jake was crazy about Jane when you three were in high school. My wife and I definitely thought of her as daughter-in-law material, but she chose you. Even though I was disappointed about how that turned out, I hoped that it would work out well for you both. It did seem like you two were doing well until a year or so ago, and then something went wrong.”

“Before I suggest anything, let me ask you a few questions. Do you kiss your wife before you go to work?

“Have you had a ‘date’ with her lately?”

“Do you thank her for cooking your meals and cleaning the house?”

“Do you compliment her?”

“Think about it. Maybe if you show her tenderness and thoughtfulness, she’ll return it.”

“Worth a try. Jeff’s advice sucked, and I sure want my marriage to work. I’ll buy her chocolates and flowers and let her play her favorite music instead of mine, even if it is Celine Dion.”  He made a face.  “Anything I can think of, I’ll try.”

After a few days, Lamar asked Eric “How’s it going?”

A smiling Eric said, “I can’t believe the change; it’s like when we were first married. She’s so loving, the house is immaculate and the sex is like our honeymoon. She’s always ready and never refuses. She has totally stopped nagging. I used to hate her constant yapping and now she’s become a great listener. We even got the music straightened out. I offered to let her play her stuff and I’d just use my ipod. She said that would be unfair to me, and now we split playing time between hers and mine. I still don’t like Dion or Barbara Streisand, but she has started singing and Dancing to Neil, Jerry Lee, Fats and all of my other favorites. I think I have a convert.”

The next month, Eric asked Lamar to come over for dinner to see the wonders his advice had wrought. As they entered the house, Lamar encountered a terrible stench. Eric didn’t seem to notice. Lamar then was shocked to see a filthy house with a kitchen filled to the ceiling with dirty dishes. Eric was oblivious. A nervous Lamar asked, “Where’s Jane?”

“She must be taking a nap.”

When they went into the bedroom Lamar saw Jane decomposing in bed.

Lamar started to shake, but did what he could to remain composed. “Say Eric, she looks like she needs her rest, why don’t we just postpone dinner for a couple of days?”

Eric, who saw nothing out of the ordinary, said, “Sure, but I really want you to have dinner with us soon.”

The police investigation found some things which were surprising and some that were not. Jane had been dead for about three weeks. It came to light that Eric was a diagnosed schizophrenic who could behave fairly normally when he took his medication. Like so many others, he did so well on his meds, that he recently decided that he didn’t need them.
The surprising part is that he didn’t kill her. She died of an aneurysm, but he just could not acknowledge it, and slipped into a dream world.

Eric’s detailed description of their fantastic sex life over the last few days troubled his interviewers for weeks.

There are some things that no marital advice will help, but it didn’t seem that way to Eric. His life got even better when some nice people found him a new home where he didn’t have to go to work anymore and a lot of friendly people took care of him. The best part came when Jane told him they were going to be parents.