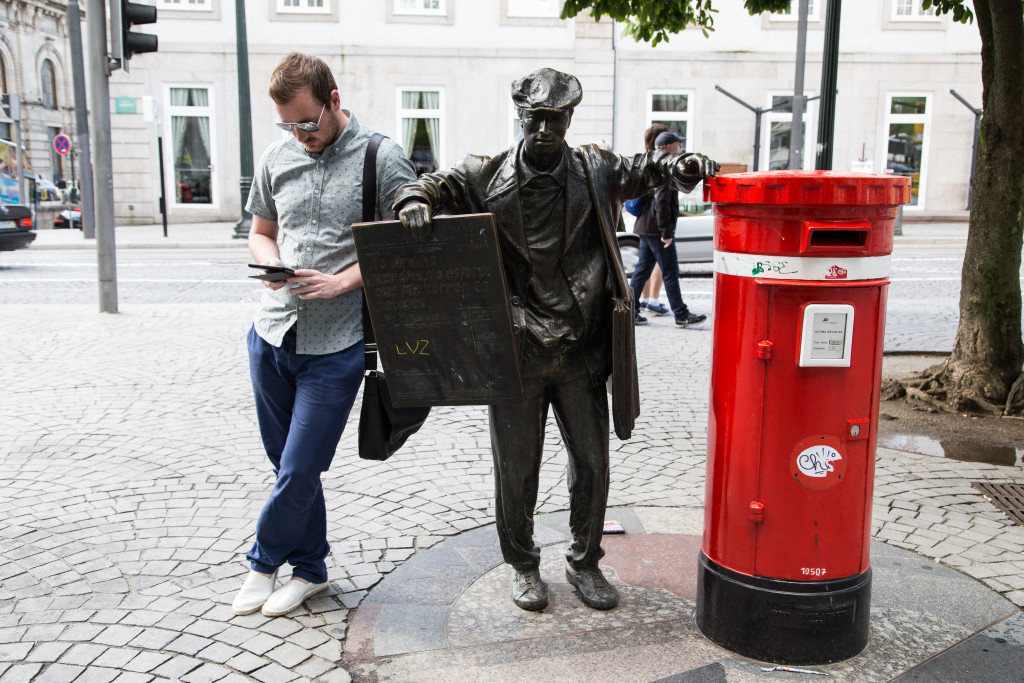 Tom J. Perrin has been published in The J.J. Outré Review and Romance Magazine amongst others. His début novella 'I Can Help You' will be released in April 2016 through Dark Passages Publishing. He tweets @tomjperrin and has a Facebook page over at facebook.com/tomjperrinwriting. When he's not working on his writing, Tom works for a social integration charity, based in Birmingham.

Tom J. Perrin has been published in The J.J. Outré Review and Romance Magazine amongst others. His début novella 'I Can Help You' will be released in April 2016 through Dark Passages Publishing. He tweets @tomjperrin and has a Facebook page over at facebook.com/tomjperrinwriting. When he's not working on his writing, Tom works for a social integration charity, based in Birmingham. 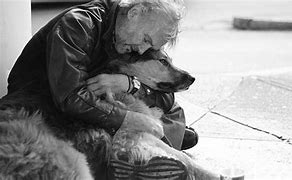 Nowadays we live in a world where people strive to be seen. I’m the complete opposite. I couldn’t be farther from the celebrity culture, and I couldn’t be happier. I live a life where I am nothing to nobody except myself, and that suits me fine. I am the person you see almost every day on your way to work, the person looking downbeat, dejected, seemingly depressed. I am the type of person you consider giving money to and then quickly think again, walking away, head down. I sleep where I can, I eat what I can and I survive purely because I know how to. Welcome to my life.
I have but one friend in the world, the one true friend that has stood by me through it all. His name is Weller. Weller is dying, wasting away into nothingness, but any money that I am given goes toward feeding my dog, before I even think about myself. Despite being old, the dog’s alertness is second to none and it was this that made me sit up from my Tuesday morning slump. It was raining, I remember that. I was huddled in a tattered old jacket, a blanket half around me, and half around him. I had spent the night in a subway just off a busy main road, freezing cold and hungry.

Weller barked once and stood up, albeit gingerly, the blanket falling off him, revealing his greying coat of fur. He was looking out onto the main road, as the morning traffic was getting heavier. There was nothing of note happening, so I told myself he had just heard something that he didn’t like.
It was then that I noticed the toddler walking unattended down the sparsely crowded street. I looked around for a parent, someone ambling or calling after the child. There was nobody. The child was wheeling around, illuminated by the enormity of everything. The buildings, the people and the noise of the cars must have fascinated this toddler. If I had to guess, I’d say the infant couldn’t have been much older than two or three years old, still sometimes unsteady on their feet, stumbling occasionally before getting back to a standing position and continuing their adventure.

It spoke volumes to me that people were merely walking past, without as much as a passing glance at this child. People were talking on their phones, many had earphones in, and a few were sipping hot drinks as they walked. The age we live in allows for this negligence towards our fellow human beings. It shouldn’t be like this but who am I to do anything about it? I was half slumping back down when I knew I needed to do something, because the toddler had just started to totter into the road.

The pain was nothing short of excruciating. The car had slowed but it still fucking hurt. It transpired later than the child only suffered a few cuts and bruises after being thrown against the curb by my push, which made me happy. A stranger came by and told me this a few days later. For a few moments though, I thought I had died. My only thought as I leapt in front of the car was saving the kid, to fuck with everything else. Weller was barking like never before by this point and the oncoming car’s brakes screeched, but it wasn’t enough. As I dived to get the kid out of the way, the car hit me directly in the side and I was thrown down the road.

A scream came from afar, but for a moment everything was dazed. I immediately tried to stand and fell again, pain splitting through my chest and sides. A stranger came from the pavement to help but I shouted and pushed them away. I didn’t want help. I just wanted to get back to Weller. As I stood for a second time, the coughing started. I covered my mouth. There was blood on my hands after I finished.

I looked up from my battered feet and saw that everyone was watching me. A forlorn looking woman with tears streaming down her face was now clutching the screaming child. I caught her eyes for a moment and looked away. I tripped over the curb and stayed down for a second. Weller came running and I felt his wet nose on my neck. I got back up to my knees and patted the dog’s head. I finally got to my feet and stumbled back to the subway. I felt  people still watching me as I went. I sat down and realised that I had some water left. It tasted so sweet. Weller came and lay next to me, putting his head in my lap.

Everything was good in the world.

Tom J. Perrin asserts the moral right to be identified as the author of this work