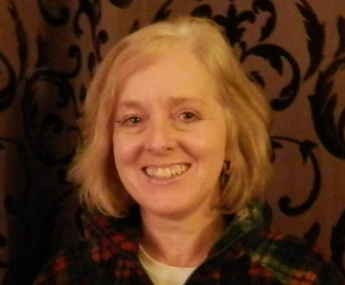 Helen Yendall has been writing short stories and poems for longer than she can remember. She lives in the English Cotswolds with her partner and a loopy spaniel and runs a creative writing class in Moreton-in-Marsh. She blogs at: Website: blogaboutwriting.wordpress.com

Helen Yendall has been writing short stories and poems for longer than she can remember. She lives in the English Cotswolds with her partner and a loopy spaniel and runs a creative writing class in Moreton-in-Marsh. She blogs at: Website: blogaboutwriting.wordpress.com 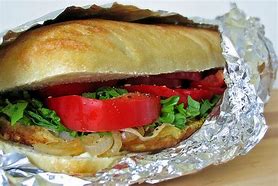 The girl in the lobby is handing out fluorescent tabard.  “Please be careful,” she says.  “The whole place is still a building site.”

I’m looking at the display boards: old black and white photos of the factory in its heyday, then more recent pictures of when it lay empty and derelict and, finally an artist’s impression of how the new loft apartments will look, once the work is finished.

“Did you work here too, love?” a man standing next to me asks.

I smile.  “Yes, I was a secretary, about twenty years ago, before they made us all redundant.  What about you?”

“I was down on the factory floor all my working life.”

I’m surprised he’s still got his hearing.  It was deafening down there.  I remember the thud of the machinery – and feeling the vibrations  – from the floor above.  The noise, that’s what I remember most about this place.  The clunk and ‘ting’ of clocking-in, the mechanical chug of the fax machine next to my desk, the call of the tea trolley lady.
“Right, Ladies and Gentleman,” the girl calls now, “the tour’s about to start.  If you could follow my colleague onto the first floor?”

There’s still one hard hat hanging up.   She glances at her list of names.  “Someone’s missing.  He can catch you up when he arrives.”

There are about a dozen of us and we traipse along the dusty corridors in single file.  I hadn’t planned to come here today but I had an appointment in town and it seemed too good an opportunity to miss.  We pass what used to be Technical Drawing; lots of scary, stern men sitting in silence – and here’s where my department, Marketing, used to be.

It’s just an empty shell, with half-plastered walls, bare floors and wires hanging from the ceiling, but twenty years ago this was a smart open plan office, bustling with people, full of chatter and the sound of ringing phones.

I reckon my desk used to be about there.

“Careful! Stay on the corridor, please,” the guide calls over.  I wave my hand in apology and step back.

Matthew used to sit on my right.  He was late every morning and I would giggle as he made a dash for his desk, trying to dodge the boss and muttering, “Cover me, Chrissie!”

I had a crush on Matthew.  A crowd of us would go for a drink on Fridays after work.  Sometimes, Matthew would flirt and ask me about my plans for the weekend and my silly heart would jump about and I’d think he was going to ask me out.  But he never did.

And then there was our manager, Stephen.  I had a crush on him too.   A few feet in front of me, against the back wall, was ‘the goldfish bowl’ – Stephen’s glass office.  I was his secretary, so it made sense for me to sit outside his office, but I still counted my lucky stars that he was so near.  I could sit and gaze at him all day.

I don’t remember much about the work I did at Crawley’s.  I was a secretary, not long out of school, so of course I have vague recollections of taking minutes in meetings and typing up letters and reports.  But I do remember, quite clearly, the yearning and the anguish, of being in love with two men.

The tour has moved on.

“And this…” the guide sweeps his arm around a huge space, empty now apart from builders’ buckets and tins of paint, “… used to be the canteen.”

There are laughs and murmurs from the group.  Everyone who worked here has fond memories of the canteen.  You could get a full English breakfast or a two course lunch for a couple of pounds and it would keep you going all day.  There was no need to cook in the evenings, which for me, a single girl living in a bedsit, was a godsend.

And then, of course, there was Mrs Finlay’s tea trolley.

Twice a day – at ten in the morning and again at three – the tea trolley would emerge, fully-loaded from the canteen and do its rounds.  You’d hear it well before you saw it.

“Troll-eeeeey!” Mrs Finlay called every few minutes, in her great booming voice, as she made her way round the departments.  As she got nearer, her cries were accompanied by the clink of cups and the rumble of the trolley wheels.

“Troll-eeey!” she yelled again, as she reached the department door.   Mrs Finlay’s trolley with its huge silver teapot, steaming urn and shelves of cakes, muffins and biscuits, was the most wonderful sight in the world.  Phone calls were cut short, pens flung down, desks abandoned.

“Give me coffee and no-one gets hurt!” Matthew would yell, running up to ensure he was first in line.

Mrs Finlay was a widow.  She seemed ancient to me then but she was only in her fifties.  She always winked as she poured my tea.  “Now Chrissie, love, don’t tell me: no sugar.  You’re sweet enough already, aren’t you?”

Later, when I started drinking coffee, like Matthew, she’d joke, “Strong, dark and rich, sweetheart?  Like your men?”

And I bit my lip and shook my head because of course, there was no man in my life then and I sometimes wondered if there ever would be.

Once, as Mrs Finlay popped a biscuit on my saucer, she looked over towards Matthew’s desk.  “You’re wasting your time, mooning around after him,” she whispered.  “He’s in love with himself.  He’s not for you.”

My boss, Stephen Hawksford, was married.  I knew that, of course, but I loved him so much that it didn’t seem to matter.  I couldn’t imagine him having a life outside Crawley’s.   Of course, I was flattered by the attention he paid me.  He took me out for lunch, on the pretence of talking about my annual review and we drank wine.  I felt sophisticated.  No-one had ever taken me out for lunch before.  I was on the brink of doing something really stupid.  It makes me squirm, to think how naive I was.

She beckoned me over as I walked out of the canteen one day and nodded her head at Stephen’s retreating back.  “I’ll just say one thing to you, sweetheart, about him…”

“Oh, I know, he’s very good looking.  He’s a charmer.  I can see why a young girl like you might be swept off your feet.  But he had an affair with his last secretary.  And the one before that.” She patted my hand.  “Don’t make it a hat trick, will you?”

When it came to love, I had to admit Mrs Finlay seemed to know what she was talking about.  After all, she’d found romance herself, with Bert, the senior security guard.

“Hands off, mind, sweetheart,” she used to joke.  “I saw him first!” And then, more seriously, “Don’t fret about finding the right one.  He’s out there somewhere for you.  You’ll see.”

I’ve been so lost in thought that the tour has moved on a few yards and when I catch them up, I see that someone else has joined the group.  The late-comer is Matthew Parker.

Apart from today, I haven’t thought about him for years.  Why should I, after all?  I’ve been getting on with my life.

He’s a little greyer around the temples but otherwise, he looks just the same.

Of course, he doesn’t recognise me at first and then, “Hey! You look great.  What are you doing here?”

I open my mouth to tell the truth: that I’m in town for a dress fitting, that I’m getting married next month and I had a couple of hours to spare before my train.  But he’s already looking over my shoulder at another woman on the tour.  I shrug.  “Same as you, I suppose.  Idle curiosity.”

He tells me he works for the local paper now.  He’s come equipped with a dictaphone, to write an article about the factory.   “Can I ask?” he says, “What you remember most about working here?”

“I was just thinking about that.  What I remember most, is Mrs Finlay’s ‘troll-eeee!’ Do you know what happened to her, after the place was shut down?”

Matthew shrugs.  “The last I heard, she was in an old people’s home.”

“A home?”  My heart twists.  She’d hate that.  She was always so full of life.  The thought of Mrs Finlay sitting in an armchair, staring blankly at the walls, is too much to bear.

He doesn’t know the name of the home but he has an idea where it is.

And now, here I am, standing outside the home, wondering and dreading in equal measure, what I might find.

She frowns, shakes her head and then she tells me no, there’s no-one living here by that name.

As I turn to go, an older woman, who seems to be in charge, marches up to the desk.  They mutter to each other and then the older woman calls me back.  “You must mean Betty.”

I’ve never thought of Mrs Finlay as ‘Betty’ but yes, I seem to remember that was her name.

And suddenly, I hear it.  A great, booming voice, calling, “Troll -eeeeeey!”

I can hear the clink of cups and trolley wheels trundling towards us.
“May I?” I ask.

The woman waves me through.

Over a nice cup of tea.