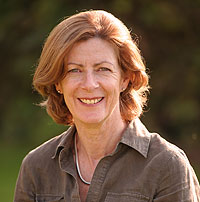 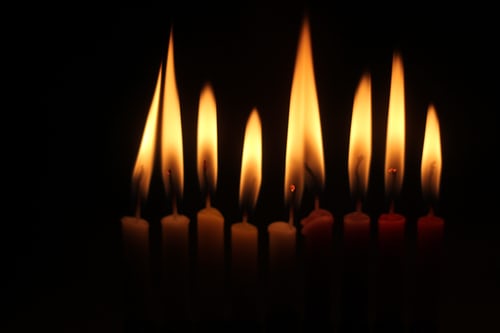 Ruth lit the Hanukkah candles that evening with trembling hands. As a child she’d always loved this time of year, finding comfort in the candles her father placed in the window on the dark evenings. It was a time for family, to feel the warmth, love and security of being together for the celebration meal. But tonight, there was no comfort. Her world had been shattered last month when Nazi thugs had gone on the rampage and attacked Jewish businesses all over the city. Josiah had left their small apartment to help friends protect their bookshop and he hadn’t come back. Now it was up to her to go through with the plan they’d made to get their young son to safety. She tried to stoke the weak fire in the grate, but they had very little wood and there was no point in putting more on. She would be taking Benjamin to the station soon, and once he was gone, there would be no need for warmth.

She hadn’t wanted to do this. He was barely old enough to walk to school on his own and tonight, at the hour when she should be tucking him up in bed, they’d be walking through the freezing night to Vienna’s Westbahnhof Station where she must part from him, give him over to strangers. She had argued with Josiah that the child was too young, that he was better staying with them, whatever the future could bring, that they must stay together. He had simply said, “And how do you think we can possibly keep him safe?” She knew he was right. They could not protect their only son but at least they would be together. The risk of sending him on a journey at night with strangers to an unknown destination was one she had argued vehemently against. Every maternal instinct she possessed made her scream silently, “I want to keep him. With us.” But, Josiah had said this was a chance for Benjamin to have a future. Now Josiah was gone, and she had to find the strength to follow through with the plan and take him to the station. For a moment, she felt anger against Josiah for leaving her to be the one to do this. She might have been able to see the boy leave with his father, as they had planned, but she doubted she would have the strength to let go of her child’s hand, not knowing who would hold it next. She clutched her elbows, wrapping her arms around herself and rocked back and forwards on her knees, moaning.

The door from the bedroom opened and her mother came into the room with Benjamin. His eyes shone as he looked at the candles and he rushed to hug his mother. She clasped him to her and held him so tightly it seemed possible that the imprint of his body, moulded to hers, would still be visible on her clothes when he’d gone. He did not, for once, seem willing to peel himself away and they stayed, as one, until her mother gently put her hand on her daughter’s shoulder and said, “Come. We have a doughnut for Benjamin. Let him enjoy that before he leaves.”

They sat at the small table and silently the two women watched Benjamin sitting between them, eating his Hannukah doughnut, happy to have warm food and excited that he and his mother were going out for a walk to the station. He had never been on a train before and had cheerfully helped pack his small rucksack which sat on the floor by the door. Ruth stroked his hair and put her arm round his shoulder. “Darling, you must be good and ….” She couldn’t say any more. She got up quickly and took her hat and coat from the hook. “Time to go. I want to see the station”.

Outside, there were few people around. They turned left out of the apartment, facing headlong into the driving snow, and walked as briskly as they could along the quiet street to the junction with Mariahilfstrasse. Benjamin had to run to keep pace with his mother and Ruth held his hand so tightly he struggled to wrench it away from her, trying to pull his hand out of his thin woollen glove. But she did not release her grip. She walked along the wide street she had known since her childhood, where she used to shop with her friends, past the cafe where Josiah had proposed eight years earlier after they’d spent the evening dancing. Now she saw only the cobbled stones and Benjamin’s soaking boots as they splashed through the slush of the wet city snow. Twice they passed soldiers. Instinctively she quickened her pace and sought the shadows of the darkened shops. The fear in the pit of her stomach threatened to engulf her and she was afraid she would collapse right here in the street and draw attention. She knew the route took only six minutes but it seemed to last forever this evening, yet she wanted it never to end. What mother would willingly send her only son away without knowing where he was going? How could this be the right thing to do, the only thing to do? She was shivering, not just from cold when they walked together through the arch into the ticket hall. She looked up for the first time since leaving their apartment. Quickly she tried to check which was the platform for the Oostend train. The number of platforms was bewildering and momentarily she panicked. She looked down at Benjamin and took a deep breath. For the last time she knelt beside her son on the cold stone and hugged him to her. Feeling his warm breath in her ear calmed her and she knew what she had to do. Two German soldiers were lounging nearby, looking at her and Benjamin and as she stood, she smiled and said loudly, “Come on darling, let’s go and find Daddy’s train”. She walked towards the right platform in a daze, feeling with every step as if her legs were about to give way. As they made their way through people hurrying for their trains, she saw the man she and Josiah had paid money to a lifetime ago. Before she was ready, he stepped forward and put his hand on Benjamin’s back, disappearing into the crowd. She had let go of his hand and he was gone. A woman walked past her, slipping her arm through Ruth’s and walked beside her for her ten paces before whispering, “Keep walking. Go now. You cannot do any more.”

She bit her lower lip to stop crying out in pain as she stepped backwards into the melee of people. She looked around wildly and saw the top of Benjamin’s head as he turned to look for her. Someone stepped in front of her and she could no longer see him. She stumbled to the stairs, clutching the metal railing and felt the sick rising to her throat. Her body was overcome with a convulsion and she crumpled to the floor. If people looked at another Jewess too hungry to stand, what did it matter? She had severed her child from her so that he might live. Nothing mattered to her now.