Spinning on the Low Bar 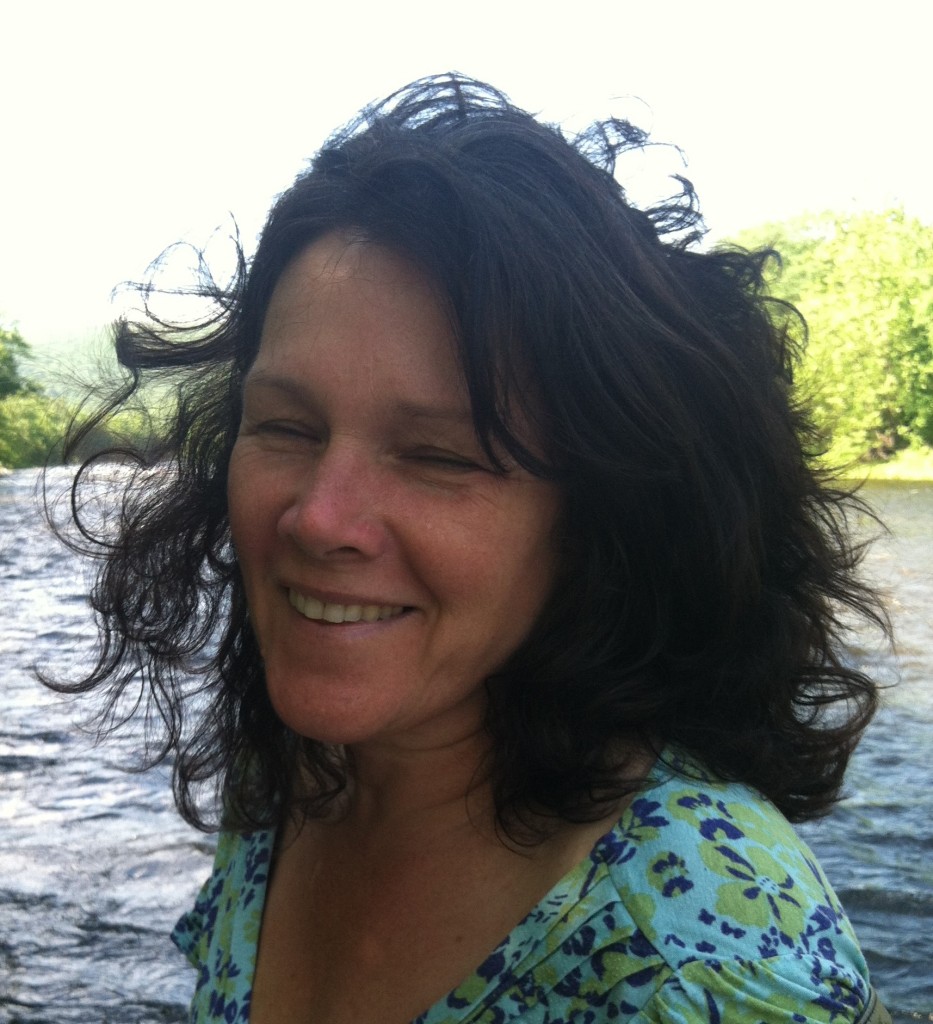 R. A. (Rebecca Morean) has published dozens of short stories and essays in Ploughshares, Kalliope, Mused, The Tishman Review, and upcoming in The Lost Coast Review, Gynuine and more. A Salon contributor, articles have included issues relating to atheism, digital media, parenting and education. She is president of the nationally acclaimed Antioch Writers' Workshop, and has published three novels with St. Martin’s Press (US), Breese Books (UK), and Escape Press (AU). A professor at Sinclair College, she also teaches creative writing workshops. Website: ramorean.com

R. A. (Rebecca Morean) has published dozens of short stories and essays in Ploughshares, Kalliope, Mused, The Tishman Review, and upcoming in The Lost Coast Review, Gynuine and more. A Salon contributor, articles have included issues relating to atheism, digital media, parenting and education. She is president of the nationally acclaimed Antioch Writers' Workshop, and has published three novels with St. Martin’s Press (US), Breese Books (UK), and Escape Press (AU). A professor at Sinclair College, she also teaches creative writing workshops. Website: ramorean.com 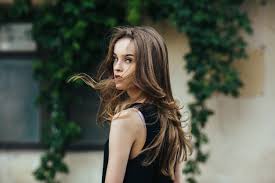 Tina Lockler pedaled fast, fast past the old woman’s house with the yellow rose bushes, fast up the street, powered by her legs, pumping, but not quite fast enough to make it up the long hill.  Even though she only had three more newspapers to deliver, the bike and her own weight were too much.  So, as she often did, she let her mind wander for a moment, conjuring invisible demons, hands reaching, hands groping just at the nape of the neck, hands holding her down, touching, feeling, grabbing.  Ghosts, demons, monsters, always just a feathery whisper behind her, created in a nanosecond, filling her with swift, but powerful horror.  With a sudden internal scream and an explosion of adrenaline she made it, like always, with her life barely intact, and finally she had to stop, one foot holding herself up, the bicycle leaning against her thigh, standing breathless and slightly shaky at the top of Rosamond Drive.

She never told anyone she could still scare herself like that.  She didn’t tolerate it in her younger brother, Jeremy, and would make fun of him when he told her to come upstairs—she knew the empty bedroom could be made full of terrible things.  But she was twelve and had grown more capable of controlling fantasy.  They did not torment her unannounced because she decided when and where monsters would appear.  It was also rather fun, like your own, private, horror show.

She coasted down the other side of Rosamond Drive, turned on Springer Street and tossed the last rolled newspaper out of her bag.  It landed on the bottom cement step of a small ranch house, the Ramseys.  She didn’t know any of them.  There was a little girl who lived there.  When Tina’s mother said their little baby boy had died last year, she made Tina bring over a casserole and salad.  The mother had bright red hair and the father drove a brown Ford truck.  The couple took the casserole and they never asked her to babysit.

She zoomed on by, the September air kissing ice on her ears.  She’d have to start wearing gloves.  There was one paper left, rolled up in plastic because of possible rain and it would wait to be uncoiled at her own kitchen table.

Homework.  She hated it.  She was supposed to read the paper and write some dumb report.  She did not like her teacher, Ms. Taos, and Ms. Taos did not like her.  She claimed with a sharp pencil in her hand that Tina’s bar was set too low.  Little could be done about that.

Dumping the bike on the front yard with a metal-spoked thrum, Tina ran up the steps, turned, ran back down, retrieved the newspaper and threw herself inside.  The blue dodge Dart wasn’t in the driveway.  She’d beaten her mother home.  Again.

Grabbing a glass of milk, she opened a new bag of chocolate chip cookies and snatched a handful, thumping down the hall to her bedroom.  She opened her window and settled on the bed, pulling open the top drawer to her desk.  Sliding a cigarette out of the pack, she tapped it down against her knee as she sat Indian style, her back against pillows.  She waved the match out as she took her first drag, held the smoke, jumped off the bed and ran to the bathroom to flush the match down toilet.  She made it back just in time to exhale out the window.

Even Jeremy didn’t know she smoked.  She got excited every time she thought of his face when she would finally break the news.  Or maybe she wouldn’t tell him.  Maybe when they were walking to the store or something, she’d just light one up and see what he’d do.  But she couldn’t do it yet.  He’d tell and she’d be in way too much trouble.

So she sat and smoked and waited for her mother and Jeremy to come home and she tried to read the paper and shoved all the work under her bed.  Her mother had a headache and went to bed early, so Jeremy and she made popcorn and watched a movie, a Disney film, Freaky Friday, and Jeremy thought it was great because the two kids were just like them.

Yeah, thought Tina, but not really.  She did not like her little brother much at all.

The next day at school, at recess, when all the school halls stood empty and kids were out running around crazy and yelling, the older girls lined up at the tri-level bars and patiently waited their turn.  Mr. Tony was out at that particular end of the yard, kneeling down talking to a couple of second grade boys who were in tears.  Betsy Martin was on the lowest bar, spinning, one leg cocked at the knee and hooked to the back of the other, her legs making a perfect “4” around the bar.  She’d spun six times without stopping.  That was the rule; once you stopped, you gave up your turn.

On the seventh spin, she lacked momentum, fell back and hung.  Demurely untangling her legs, she relinquished the bar to Gloria Lewis.

Behind the bars was the Pit.  It was supposed to be a huge sand pit, but funding was cut, and parents were worried about cats defecating in sand, kids throwing it, etc., and so the project was scrapped.  There was a large round area of dirt scraped from the green grass and behind that, the mountain of sand.  Beyond the mountain of sand, the chain link fence of the school actually dangled over a ravine, a huge crevice which opened up last year after a spring flood.  So, no one was supposed to go behind the sand because you were out of sight of the playground monitors.  But this is where Tina, after carefully removing herself from the larger groups of girls, after slowly receding off the playground, growing invisible, often sat.  Waiting.

She would sit, her back against the soft sand wait, and sooner or later a boy would arrive.  Usually Will Horner or maybe Thaddy Proxmeister.  Sometimes Harold Arner.  One of them would come around the corner fast and low, so as not to be seen and then, crouching, still panting slightly from his escape, he’d look at her chest and slowly she’d lift her blouse.  That was all.

“Hey Tina, you do that for anyone?”

“Oh, yeah, sure,” and whoever it was would run off the other side and she’d sit and wait again.

Once she was caught and sent to the principal’s office.  She was told again why no one was allowed behind the sand pile, how dangerous it was, and how she was unprotected.  She was in trouble for sitting too close to the edge.

“Tina Lockler wears falsies,” she heard Mary McGarry say to Betsy as she got in line for the low bar.

Tina unbuttoned her sweater and slipped it off.

Mary mounted the bar and pitched forward.  Her ponytail whipped around twelve times before she either got tired or dizzy and climbed down.  Then it was Betsy’s turn.  She was new at the school and her old school didn’t have a bar.  She pitched forward and was out after just four turns.  As she moved to the back of the line, Gloria grabbed her arm.

Tina took her sweater and looped it over the bar, hopped up and pressed her legs into that perfect “4”.  She pitched forward, the sweater erasing all friction, her speed and centrifugal force making her short blonde hair wild.  Finally, she stopped, maintaining perfect form, her hair spiked, a wide grin splitting her face.  She smiled down at the girls in line from her perch.  And then she pitched backwards, spinning equally fast, equally hard, still in full control.

R.A.  Morean asserts the moral right to be identified as the author of this work