Seline and the Seance 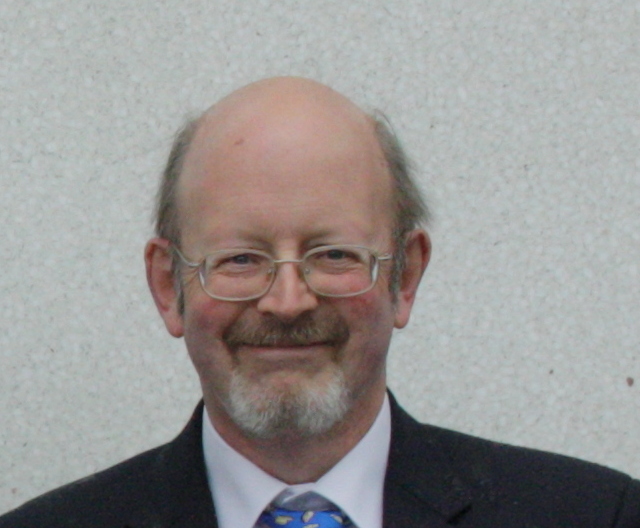 Eric McFarlane has written for as long as he can remember. Genre fiction whether novel or short story length is his first love and he has written humour, SF, crime and horror. He has completed several novels and many short stories some of which have been published online and in print. His comic crime novel 'A Clear Solution' has recently been published by Accent Press. Website: www.ericmcfarlane.co.uk

Eric McFarlane has written for as long as he can remember. Genre fiction whether novel or short story length is his first love and he has written humour, SF, crime and horror. He has completed several novels and many short stories some of which have been published online and in print. His comic crime novel 'A Clear Solution' has recently been published by Accent Press. Website: www.ericmcfarlane.co.uk 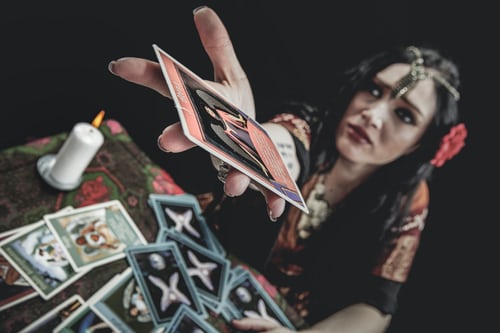 It was Senga’s idea. “D’you fancy going to a séance, Seline?” she said.

She’d seen it in the paper, just below the ad for the new carpet shampoo – Madam Pommefrit will perform a guided séance on Tuesday night, it said. Donation requested. Senga’s my best friend and she’s like that, impulsive. She just gets an idea into her head and it’s got to come out somewhere. She has too much in there, I reckon. I remember the lady who took the cookery class we went to last year said that Senga was fairly clever, and she should have known; she was a teacher cookery lady after all. In fact I found out later she was a lecturer so that proves it, doesn’t it? About Senga, I mean. She’s always telling me to do this or do that and not do other things what I want to do but I don’t mind. She’s not bossy, it’s just her impulsivosity coming out. Anyway, I said that yes I would like to go to a séance, and what was a séance anyway, and would there be snacks? So she told me all about séances and it seems it’s about people contacting their relatives and friends who’ve gone over to the other side so that they can ask them questions about what it’s like over there and whether they’re happy or not and even who’s going to win at the gee-gee’s. Fantastic, I thought. I can ask about Mam.

I miss Mam such a lot since she left us. It happened so suddenly, one minute she was sitting in her chair by the fire stuffing her pipe with shag and the next there she was – gone. It’s not been the same since. All the family miss her especially Uncle Bill. Mam told me he wasn’t my real uncle but I always call him that just the same for respectfulness. When I was littler he used to come round Friday nights for his ‘little bit of cheddar’ although I don’t know where he found it ’cos I like cheddar and I couldn’t never find any in the fridge. I said he should try some of Tesco’s brie for a change but he just looked at me kind of funny and asked what I was doing Sunday.

The séance thing was at 7pm so Senga and I had an early dinner, then she had a quick drag on one of her big black cigars, “Just to settle me innards like,” she said, and we got the bus in good time.

I was sure it would be in some fancy hall but it turned out to be in a block of flats off the high street. It was up two flights of stairs and there was a big man holding a box at the door.

“Donations, ladies,” he said and rattled his box under Senga’s nose.

I could have warned him that it was a bad idea. Senga does not like having boxes rattled under her nose, as the Salvation Army gentleman would tell you, if he could. And in addition to the rattling with the box he sounded very rude.

Senga pulled herself up and looked him in the eye, or she would have done if he hadn’t been ten feet tall, but she did stare up his nostrils very fiercely. She told me about them later. “It was like a bloody jungle in there,” she said.

Anyway the man stares down at her and she says, “What?”

“I said donations, darling,” he said, and rattles his boxy again.

“I understood that this was a free event,” she says, all posh like. She can go very posh when she wants.

He stares at her down his nose and bends over a bit so he can be sure she’s really all there. “It is free, that’s why I’m looking for donations, dear.”

“So these donations are voluntary then, son?”

“Good, well me and my friend here choose not to volunteer.”

He made a growling noise in his throat but right that minute a couple appeared at the top of the stairs, the man dropped a tenner into the box and the big guy smiled at them. Senga grabbed my arm and pushed me through the door behind the couple as they went in.

It wasn’t a very big room and it was almost dark with the curtains drawn. There were about twenty chairs and at the front a small table. There were three or four people there already and Senga and I sat at the back.

It was almost sixteen and a half minutes later when a lady appeared at the table. I say appeared, but I wasn’t actually looking when she did on account of I was listening to one of Senga’s long stories about her dentures, so I can’t be sure that she didn’t just walk in through a door but all of a sudden, there she was.

“Good evening, ladies and gentlemen. I am Madame Pommefrit your guide for our journey tonight. I say journey…”

“I said you’re late.” I was just worried that she might not realise she was late and maybe run over her time or something and not be back home to read her kids their bedtime stories.

“Unfortunately, my dear, the traffic was heavy and even I cannot…”

“You can always wake them up. I’m sure they wouldn’t mind. For their Mum and all.”

She stared at me for a long time and then shut her eyes for a longer time still. When she opened them she didn’t look at me but made a kind of wavy gesture with her hands.

“Waking them up. That is exactly what we shall attempt to do tonight. It is a difficult path, but the spirits are willing if we are. We all have someone we wish to contact, someone dear to us who has passed over to the other side. That question we never asked is forever there in our hearts and tonight, you may ask it. Tonight, you will ask it.”

Then she spread her arms out and brought her hands in close to her head. “It is time,” she said, and her voice went all low and whispery.

“I see pain,” she announced. “Real pain. Does that mean anything?” Lots of people murmured. “I hear noise.” More murmurs. “Do I smell smoke?” The lady in front of me let out a gasp. “Yes, smoke there is, and perhaps flames. Could that be right?”

Madame Pommefrit put her hand up. “Wait… He says how are you? And the family? How are they?”

“I have told him, my dear. Now is there anything you would like to ask… Oh wait, sorry. He has to go. He’s fading. What was that, Ernie? Oh yes. He says he will be back, my dear, and you must not worry. He is very happy.” She lowered her head for a moment.

“Wow, that’s incredible, ain’t it Senga?” I said. “I never knew how easy it was to get in touch.”

Senga made a humphing noise which she does when the sport comes on telly. But Madame Pommefrit was talking again.

“And now for some reason I am seeing the sea, a great wide sea.”

I nudged Senga, “It’s Mam. It must be.” I jumped up and waved. “Yes, yes,” I said. I could see Madame Whatsit’s eyes rolling in her head.

Her eyes were shut. “Does the departed have a connection with the sea?”

“Yes, you’re right,” I said. “She went on a ship. We all cried when we heard, especially Uncle Bill. He misses his cheddar.”

“A tragedy. Wait… I think… yes, she’s coming through. Ah, I see now. It was a terrible loss, the ship went down so quickly.”

“She wants you to know she didn’t suffer.”

“Well I know she didn’t suffer.”

“Well, one can never be sure.”

Madame Thing was looking quite cross. “Oh, is that so? And how can you be so sure?”

“Well I got a postcard last week.”

She seemed to sway very slightly from side to side. “A postcard? From the dead?”

“But you said she drowned.”

“Did not. She just left, see. I was down the shops and when I got back there was a little note on a piece of paper, pink it was. She said, ‘I can’t stand it no more, Seline. Strains too much, luv, no offence. I’m off somewhere hot. You’ll manage fine but you watch out for Uncle Bill now.’ So I didn’t take offence and I’ve been looking after Uncle Bill. He’s round my bit a lot. Then two weeks later we gets a postcard of the seaside from Majorca or was it Mexico? I remember it began with an M. Might have been Rome or something. And it said that it was hot and she wished I weren’t there which was fine ’cos I wasn’t.”

I stopped then because there was a bang what made me jump. Madame Pomme-pomme had just left and slammed the door.

“She is such a rude woman ,” I said to Senga. “I was just explaining.”

And you know all the way back home Senga was hee-hawing fit to burst. We had to stop twice so that she could take her puffer. Well if that’s a séance you can keep it. We didn’t even get snacks.