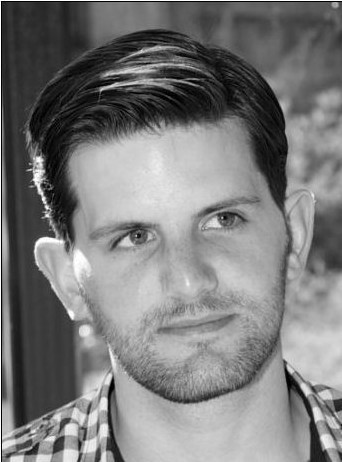 Chris Ovenden teaches philosophy at the University of Manchester, UK. In his spare time he likes to read and write flash fiction and has been an active member of the Manchester Speculative fiction group since 2014.

Chris Ovenden teaches philosophy at the University of Manchester, UK. In his spare time he likes to read and write flash fiction and has been an active member of the Manchester Speculative fiction group since 2014. 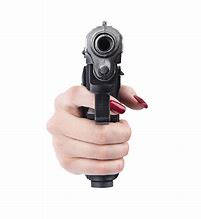 I set myself up in a building site overlooking the square, opposite where the mark would be. It’s a little after four in the morning. I make a rule of only working at night.

The foreman had left one of the fence panels ajar, just wide enough for me to slip through. It was easy from there to find my way up to the fourth floor of the building, just a concrete skeleton. I pick a spot on the south-east corner and unpack the rifle.

“Twelve twenty-seven, crossing Albert square from the West,” the voice on the phone had said. “Female, grey coat, coffee in left hand.”

The briefs were always pretty sketchy, but I could usually pick them out without much trouble. The Agency chose times when the mark stood out. When there was no one else about.
They’d provided a modified Remington for this job. Bolt action with a custom stock and the usual temporal displacement scope, already set to the desired day. Assassins aren’t privy to when their victims will die, just how. I snap it into place on the forestock with a satisfying click.

I shoulder the rifle and look through the dull green lens at the square. To my left eye, it’s the same empty scene; but to my right eye, aimed down the temporal scope, it’s a breezy day in the fading light of an early evening yet to come.

From what I gather, the future is big on surveillance. Government’s got eyes and ears everywhere, watching everything you do and say, monitoring all your behaviour, physical and digital. Handy if you’re a corrupt politician; not so helpful if you’re looking to kill one.

I grasp a dial on the scope and twist. A few clicks to the left and the twilight through the scope turns to midday sunshine. I watch the digits in the top left corner of the display flick back. 1229, 1228, 1227.

The agency only takes hits on people in their future. You can’t kill someone in the past without removing your reason for having just killed them. No reason, no kill. No kill, and you’re back to wanting them dead again. The universe hates a paradox.

Problem is, if the agency so much as sneezes around a mark in their time, they’ll be arrested, tried and executed before you can say “gesundheit.”  So, they send their jobs back in time to people like me.

You can’t stop a bullet if you don’t know when it was fired.

The mark steps into the square from a side street. She’s right on time. Coffee in hand, grey coat blowing in the breeze. She slows her pace and lifts the drink to her lips, I see the logo on the cup, see her stop to take a long slow sip, and I squeeze the trigger.

The crack from the rifle echoes around the square. The few people around to hear it stop and look about, but there’s nothing to see. No body, no bullet. Not yet.

I returned to that square only once, several years later to pick up another job. The building was complete by then. I counted up to the fourth floor and found my spot.

It was always a bad idea to return to the scene of a job, you never knew who your bullets were meant for, after all. But it was a far worse idea to ignore a pickup. Going dark was about the only way to guarantee that there was a bullet out there with your name on it.

The message had said Albert’s square at noon, public phone, one from the left. I was running a little late. Luckily there was a parade down on Deansgate, so the place was pretty deserted. No one to pick up my message by mistake.

Not that luck has much to do with it. The agency doesn’t leave things to chance.

I’d brought a flask of soup with me. Perhaps ironically, the life of a temporal-assassin afforded me little time for a sit-down lunch. There was always another job to pick up, another city to scope out. Another trigger to pull.

If I’m honest, I was getting tired of it. Had been thinking of finishing up, getting out with my earnings and finally starting that normal life I’d always dreamed about.

A mutual friend had put me in touch with a publisher who was willing to release an anonymous tell-all memoir about my time working for the agency. They’d pay me, plus I’d tucked a bit away myself. I didn’t need this life anymore.

I got halfway across the square and slowed my pace to take a sip of soup. I’d already clocked that my flask looked like a coffee cup: its gently tapered shape, the logo emblazoned on its side, the flat white cap; and now here I was carrying it across a murder scene, same build, same hair, coat blowing in the autumn breeze.
I suppose I should have tried to dive out of the way, hit the ground, roll to safety. But I knew that I wouldn’t. If the shot was coming, it was already too late; it had always been too late. I’d be dead before I hit the floor, covered in hot blood and soup, a mysterious corpse with no killer, a loose end that had tucked itself neatly away.

I stopped and took a nice long sip.