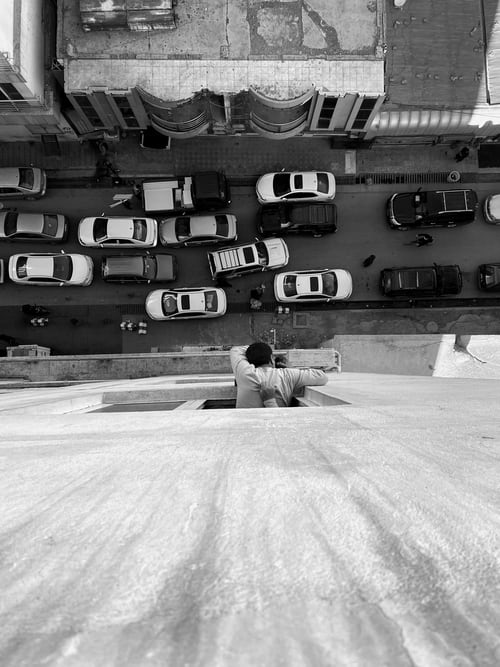 “There is no easy way to tell you this, Mr Nuristani, but I’m afraid your test results indicate. . .” There is a tremor in my voice. I break off talking and gaze at my patient.

I know medical professionals are meant to be able to detach themselves emotionally, but I was never very good at it, and I’ve been worse since Giles and Jillian were killed. Giles was my son. They died in a car crash in Northern Queensland, two weeks into their honeymoon. You may have heard about this, it was headline news a couple of months ago. These days I get emotional at the drop of a hat. Maybe I’ve returned to work too soon. Sometimes I think I wasn’t cut out to be any sort of a doctor, let alone an oncologist.

I clear my throat and continue. “The results, unfortunately, are not good. I’m afraid there is nothing more we can do for you.”

I am staring at the man, can’t help myself. Several seconds pass and neither of us speaks. We just look at each other. I know his name and his national health number and his recent and current medical history and I’ve met him on several occasions, but. . .who is he? What does it feel like to be him? A man about my age, a doctor in his own country who drives a taxi in New Zealand and has just learned he’s going to die?

I’ve never seen Mr Nuristani smile before, but he does now, lips drawn back, white teeth gleaming against dark skin.

“Do not worry for me, Sir. This result is what I expected and had hoped for. Dying will be easy. It is living that for me is hard.” The smile fades from his face.

“Tell me about it,” I hear myself saying.
“It is one night, in Kabul, fifteen, sixteen years ago, after we have eaten dinner, five men run into our house. I cannot speak the name of who they are as the word is bitter on my lips. They shoot dead my daughter of six years old in front of my eyes and in front of the eyes of my wife Talaya, who is holding in her arms our one-week old son, Ahad.”

“Bloody hell!” The words slip unchecked from my lips. “Sorry, that wasn’t very professional of me.”

Mr Nuristani nods and continues. “The men take me away to work for them because I am a doctor, and there is war. It is told to Talaya later that I have been killed and so she goes as a refugee with our son to a new life in New Zealand. I am twelve years a prisoner. The medical work I do is the worst kind with horror and grief. So much grief.” He stares at the ceiling with blinking eyes.

“I am rescued by American soldiers and taken to Kabul, and it is then that I am told Talaya and my son now live in New Zealand. So I come here to join them. To be again with my wife and son is what I have dreamed about all the time while I am prisoner.”

“I can well understand that,” I murmur.

“But my son Ahad has been thinking all his life that his father is dead. When he finds out I am still alive and coming home, it is for him like an emotional hand grenade. I understand this. A total stranger who is said to be dead moves into his home and into his mother’s bed. He was then thirteen years old, almost a man. Ahad and I have bad fights. We are both angry and shout at each other. He resents me being there, and Talaya tells me Ahad feels bad about feeling like that, because I am his father and he knows he should respect me. But it is like we are rivals of each other and cannot do otherwise.”

Screwing up his face, Mr Nuristani takes a handkerchief from his shirt pocket and wipes his brow.

“Talaya always takes the side of our son against me. This also I understand, because she is a mother, but for me it is not tolerable, and makes me more angry. Sometimes, when Talaya is upset, she says very nasty things, but only to me, never to Ahad. One day when Ahad is sixteen years old he runs away from home. New Zealand police question us, search our house and take away our computer. They tell me they think Ahad has been recruited to go overseas to join a terrorist group, the same one that captured me.” He stops talking and blows his nose.

“Not long after that,” he continues in a trembling voice, “Talaya dies of a myocardial infarction, but, I think, really of a broken heart. Now I work, only work. Work, work, work. Driving taxi. I have no friends and no relatives. I talk in my taxi to passengers and they are polite back to me, but that is all.” He stares at me silently for a long time.

“I have a big sense of being alone. It is like I am at one side of a river standing by myself, watching the rest of the world on the other side of the river, holding hands and being happy. I cannot cross over to join them and they do not see me, do not know my pain.”

My pulse quickens and there is a throbbing in my left temple. Anguish wells up within me, like reflux rising in my oesophagus. I do not know whether I am feeling this for myself or for my patient. Is there any difference?

“I have no more to lose,” Mr Nuristani whispers. “What is death, but the freedom to be with Allah?”

“I am sorry. There is nothing more we can medically do for you,” I say, trying to sound professional, but Mr Nuristani’s dark eyes bore into me.

“So much grief,” he says, softly, reaching across the desk to press my hands. “Allahu Akbar.”

I burst into tears. We cry together.

Bruce Costello asserts the moral right to be identified as the author of this work.