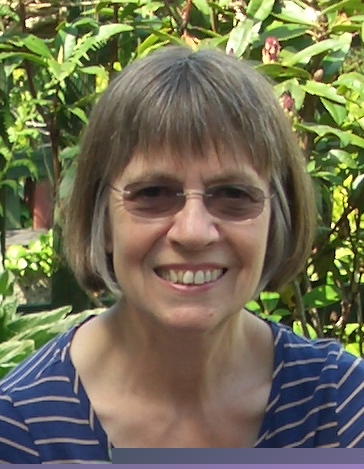 Gwenda Major lives in the Lake District in the UK. Her passions are for genealogy, gardening and graveyards. Gwenda’s stories have featured in numerous print and digital publications. Most recently her short stories have been published in Dodging the Rain, Toasted Cheese, Retreat West, Brilliant Flash Fiction and Bandit Fiction. Gwenda has also written four novels and three novellas. Her novella Offcomers won first prize in the NAWG Open Novella Competition in December 2016 and others have been either shortlisted or longlisted in national competitions. Website: www.gwendamajor.wordpress.com

Gwenda Major lives in the Lake District in the UK. Her passions are for genealogy, gardening and graveyards. Gwenda’s stories have featured in numerous print and digital publications. Most recently her short stories have been published in Dodging the Rain, Toasted Cheese, Retreat West, Brilliant Flash Fiction and Bandit Fiction. Gwenda has also written four novels and three novellas. Her novella Offcomers won first prize in the NAWG Open Novella Competition in December 2016 and others have been either shortlisted or longlisted in national competitions. Website: www.gwendamajor.wordpress.com 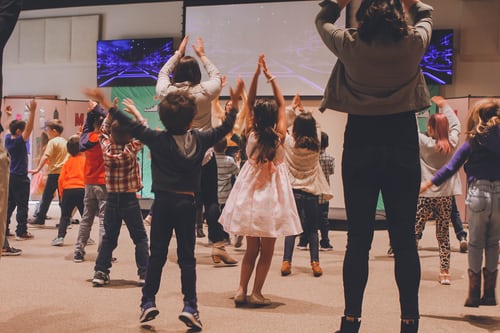 Helen aligned the car carefully with the kerb. No-one could accuse her of slapdash parking. She switched the engine off and allowed herself a rare moment of peace. Life was not treating her fairly. She felt permanently exhausted visiting mother in hospital nearly every day and with the never-ending stream of work emails.

As she left the hospital this morning Helen had decided on the spur of the moment to drive to Fellingside. Not a pretty village, even during her childhood with its brick-built terraces for the families of miners and a scattering of older stone-built houses.

And there was Grandma’s house, once nestled in its own orchard, where Helen and her brother had loved to climb the twisted crab-apple trees and pick the fragrant mint leaves to chop for Sunday dinner. Grandma in her wraparound apron and dust cap dragging sodden sheets between the rollers of the mangle in the steamy washhouse.

“Come and see the kittens” and she would lead them to the shed. In a dark corner there would be a cardboard box with its mewling bundle of fur. In the summer Grandma would hold a sunshine yellow buttercup under your chin.

“Do you like butter? Yes I can see that you do” and Helen would marvel at how she knew. At school they sang:

‘Daisies are our silver, buttercups our gold,
These are all the treasures we can have or hold’
and Grandma said this was quite true. As they left she would always bring down a saucer of pennies she kept on a shelf in the pantry and give them a handful of coins that jangled in their pockets all the way home. But just look at the house now: it lay marooned in a sea of concrete edged with brutal metal fencing. Impossible to remember exactly where the snowberries used to grow or which wall the wisteria had scrambled over. A sign announced that the house was now a funeral parlour.

Further down the road Helen paused outside the house where her two great-aunts had lived. Ethel would bring out the dominoes as soon as they arrived, spreading them out on the red velour tablecloth. Helen loved the feel of the twisted tassels against her legs as they played. Most of the house was unused, preserved by dust and habit. Ethel and Nelly lived in the kitchen with its black leaded range. Occasionally you were allowed to go up into the attics where fierce birds perched hunched under glass domes and mildewed suitcases waited for travel that would never come again.

Past the newsagents (liquorice straps, gobstoppers and the wonderful chewing gum machine), Helen stopped at the Daisy Chain Day Nursery, its windows a gaudy kaleidoscope of birds and flowers. The family house that stood here had been demolished and the land sold for development. Helen could walk through its rooms in her dreams, feel the smooth wood of the banisters and smell the earthy dampness of the sheets hanging from the airing rack over the kitchen table. Yet now she was unable to decide exactly where the house had stood, her memories blurred by the contours of the car park and playground.

Helen sat down on a bench opposite the Methodist Church where a windowless concrete wall bearing a plain wooden cross now faced the street. The old church and rickety wooden church hall were long gone. How many hours of her childhood had been spent here? Services, Sunday School, Youth Club, fetes and parties, the church had been the hub of the village and of her life. Helen had undoubtedly been one of the stars of the Sunday School, scoring high marks in the annual Scripture exam and taking a leading role in the Sunday School Anniversary shows. She smiled to herself, relaxing in the warm sun.

Names and faces swam in and out of Helen’s memory as she sat but one name eluded her. What was it? Leslie? Leonard? No, Lionel, that was it. Lionel Potts – he had been Sunday School Superintendent when she was a little girl. She could still picture him: receding hair, pale pasty complexion, surprisingly pink lips like a cherub. He was a bank clerk in the village and lived with his mother. He always greeted people by name and with a smile:

“Good morning, Mrs Dexter. How are you?”

He used to accompany his mother to the Co-op down the village, carrying their purchases in a string shopping bag. And on Sundays he would lead his flock like the Pied Piper out of church and into the church hall for Sunday School where they shared Bible stories and singing. Helen loved the singing, especially the action songs.

Climb, climb up Sunshine Mountain, look into the sky

Climb, climb up Sunshine Mountain, you and I.’

Mr. Potts led the singing and demonstrated to the children how to form the shapes with their hands to match the words. Such happy days.

Helen must have been about eight or nine at the time. They had just finished singing, ‘I will make you Fishers of Men if you follow me’and Helen had sung the chorus loudly, feeling pleased with the way her voice stood out from all the others. Then Mr. Potts had said, “I am going to read you part of Matthew Chapter 4 where Jesus calls Peter and his brother Andrew to be His disciples. They were fishermen too you see. Now does anyone know the name of the sea where they were fishing?” Helen’s hand shot up.

“Well no, Helen I’m sorry that’s not it. Yes Robert that’s right – it was the Sea of Galilee. I thought you would have known that, Helen.”

In a haze of fury and misery Helen heard Freda Staples tittering behind her and saw Robert Hughes nudge his neighbour and whisper.

By the middle of the next week the gossip was all around the village. Lionel Potts was leaving.

“He’s been given his marching orders,” Helen heard her uncle say and Mr. Musgrove in the butcher’s said Potts was going ‘under a cloud’. Grown-ups stopped talking when any children approached. Significant looks were exchanged. But it was true; Lionel Potts stayed away from Chapel and a new Superintendent was soon appointed. He was not seen at the bank again and by the end of the month he and his mother had left the village. Their house stood empty for months before being let.

Helen shivered. She glanced up and saw that a misty greyness had whispered across the sky while she had been sitting there on the bench, blurring the brightness of the sun. She glanced at her watch and realised she needed to get back for the next visiting time.

Thinking back, Helen had surprised herself with how convincing she could be. It was a performance worthy of her best appearances at the Sunday School Anniversary shows. She had begun with a lack of appetite to arouse parental concern. Then when she was found crying quietly in her room the questions had started. Reluctantly she had murmured.

“I don’t like Mr. Potts.” Sensing that her mother was about to brush this off as over-sensitivity she had added, “because he touched me.” When pressed, she had finally disclosed that the incident had occurred at a rehearsal for the Sunday School Anniversary in May. She said Mr. Potts had knelt down to tie her shoelace for her and had run his hand up her leg – and under her skirt. Mother told dad who then spoke to the minister. When challenged, it was reported that Mr. Potts had blanched and wrung his hands but had seemed unwilling or unable to say anything in his own defence. It was agreed that if he left quickly it would not be necessary to involve the authorities.

For a moment Helen wondered what had become of him, but then she reminded herself that it was not her responsibility. We each make our own way in life, she thought. Perhaps it had been a mistake to come back here after all. Such a soulless drab place now. Helen slipped behind the wheel of her car, checked her mirror and pulled neatly away from the kerb with only a brief backward glance.