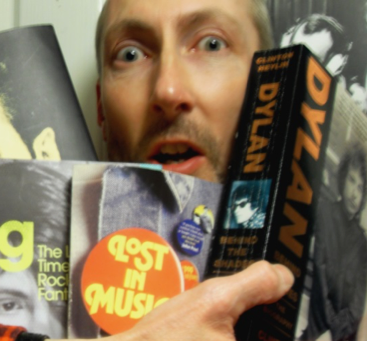 Nicholas John is a writer and journalist living in Gloucestershire. He has been published in various magazines and music publications and his first collection of short stories, Tales Tall and True, is available now. Brought up on a love of language and the written word, he wrote his first stories as a child, firmly in the mould of Enid Blyton! He enjoys combining spoken word and contemporary storytelling with music and performance and regularly performs at literary events. As well as writing commercially, he interviews musicians and authors and writes sleeve notes for record companies and websites.

Nicholas John is a writer and journalist living in Gloucestershire. He has been published in various magazines and music publications and his first collection of short stories, Tales Tall and True, is available now. Brought up on a love of language and the written word, he wrote his first stories as a child, firmly in the mould of Enid Blyton! He enjoys combining spoken word and contemporary storytelling with music and performance and regularly performs at literary events. As well as writing commercially, he interviews musicians and authors and writes sleeve notes for record companies and websites. 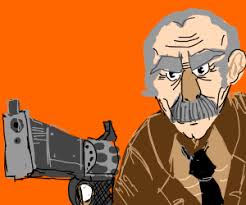 They were served by the waitress with the painted fingernails. Flashing pillar-box red. She’d obviously spent hours on them. As the silence dragged, he wondered if she did them like that every morning. One slow and steady finger at a time. His father was still deliberating over the menu, though God, Alex and the waitress all knew he would end up ordering the cauliflower cheese. There’d been a steady run on cauliflower cheese since he’d started bringing Dad in here every Wednesday.

‘It’s going to happen to me as well,’ thought Alex wearily. ‘The world will shrink to an alternative of lasagne or cauliflower cheese.’

Lunch with his father always made him feel depressed. He tried not to let it get to him, but how else could he feel when sitting opposite a man who kept a pocketful of toothpicks on him at all times ‘just in case something gets stuck’?

The waitress retreated, confirmation of the culinary choice safely scribbled on her pad. Alex’s shoulders sagged.

‘Oh, you know. Some days are better than others.’

Alex looked up sharply.His father sounded remarkably chirpy today, annoyingly so. Worryingly so. He didn’t have much spare cash on him and hoped the conversation wasn’t heading in that direction.

A sweaty-faced man was battering a laptop in the corner and two giggling, teenage girls were comparing messages on their mobiles. Apart from them, the café was empty of customers. The waitress brought Alex his coffee and a small, stainless steel pot of tea for his father. He watched him open the lid and stir the single tea-bag round and round, till the water turned the required shade of dull brown. Alex had sat through this so many times: then the performance of pouring, the desperate attempts to avoid spilling (failing every time), the muttered ‘oh dears’ and the final, meticulous mopping up with the paper serviettes.

‘So, is today a good or a bad day?’ Alex realised this was an open goal for his father, an open invitation to spend fifteen minutes bemoaning Sunnyfield’s insistence on the wearing of pyjamas in bed, the state of the nation or, at worst, Mrs. Jessop’s toenails.

His father looked up from his task. The tabletop was considerably cleaner than it had been when they’d sat down. Some liquid at least seemed to have made it into his cup. He stirred his tea the obligatory three times, re-arranged the salt and pepper and looked at Alex.

‘She’s off her guard,’ he whispered.

‘Who is?’ Alex could have sworn his father had just winked at him.

‘Her with the nails. Off her guard by now.’

Alex looked at his father in bewilderment. He’d just winked at him again. ‘He’s finally lost it,’ he thought. He couldn’t think of anything to say.

‘I’ve ordered cauliflower cheese for the past four weeks. She won’t suspect a thing,’ his father hissed from behind his raised tea cup.

‘What the bloody hell are you talking about?’ Alex managed to keep his voice down. His father put his cup onto the saucer carefully.

‘Old Reg Prescott’s gone. I didn’t tell you. A month ago. But he showed me where he kept it.’

Alex passed a hand across his brow. ‘Kept it? Where’s he gone then? Broadstairs?’

‘No. Upstairs!’ His father raised his eyes heavenwards. Alex was momentarily at a loss: Sunnyfield didn’t have an upstairs. Then it dawned on him.

His father nodded soberly and pulled a serious face. Then he brightened and repeated, ‘But he showed me where he kept it before he went.’

‘This.’ His father patted what Alex now noticed for the first time; a distinct bulge beneath his father’s buttoned tweed . He felt it safer not to ask. His father looked conspiratorially around him, then warily unbuttoned his jacket. The butt of a heavy revolver peered out.

‘Dad! What the-!’ Alex blurted out, stopping himself just in time. The man and the two girls looked over at them. Alex looked at his father. His father’s jacket was firmly buttoned and he sat with a cherubic expression on his face, hands on lap.

‘I know you know it’s a bloody gun,’ Alex had to almost mouth the words, ‘but where did you get it?’

‘Reg told me to have it, in the event of him…..’ His father hesitated, then added in a hushed tone, ‘going……up…stairs.’

‘Shh, shh, shh!’ His father shook his head, then coughed loudly and over-elaborately, appearing to Alex for all the world like a man having a bad attack of amateur dramatics. Or a man with a revolver stuck down his trousers.

‘Whose is the cauliflower cheese?’ said the waitress with the red fingernails. Alex motioned toward his father. As if she didn’t know! The waitress put the plate down and then fish and chips in front of Alex.

‘Enjoy!’ she said brightly, and left the table.

‘Dad, why do you have Reg Prescott’s gun down your trousers?’ Alex couldn’t quite bring himself to pick up his knife and fork, not just at that moment. His father looked at him indulgently: like a father might look at his son when about to explain something perfectly straightforward.

‘It’s Reg’s old army revolver. He kept it in a shoebox in his wardrobe. It’s not been fired since he took out next door’s cat- ‘

‘Yes, of course I am,’ his father chuckled. ‘Hasn’t been fired at all as far as I know. Reg was in the Catering Corps, though he did do fry-ups for the lads in Korea.’

‘Did the nurses know he still had it?’

‘Don’t think so. Told me he kept it behind his collection of Playboy mags. Said they’d never look there.’

Alex groaned. This wasn’t getting any better. ‘Dad, you haven’t told me why you’ve brought it out to lunch.’

His father blew hard on his food, another long-standing habit, then scooped a mouthful skywards and stuffed it in.

‘Mmmmm,’ he said after a few seconds, then jabbed his fork in the general direction of Alex’s fish and chips. ‘Aren’t you hungry?’

‘OK, OK. Well just as soon as those girls have gone, I’m going to rob the café.’ He paused, ‘I might finish my cauliflower cheese first.’

Alex closed his eyes. He really didn’t need this. ‘Why? Tell me exactly why you want to rob The Copper Kettle?’

His father looked pleased. ‘For fun.’

‘For fun? Robbing a café? At your age, tiddlywinks with the old boy down the corridor is fun. Or counting Mrs. Jessop’s toenail droppings, not robbing a high street café!’ Alex had to whisper and it crossed his mind that the waitress or Mr. Laptop man might be trained lip-readers. He shook the thought away quickly. Don’t even go there!

‘I don’t need the money!’ His father protested.

‘I know you don’t,’ Alex snapped, ‘so why on earth – I mean what has got into you? You must be off your trolley!’

‘But you don’t go robbing places because you’re bored ! This is The Copper Kettle, not the Wells Fargo!’

Alex grimaced: his father had adopted the hurt look he always employed when reminded that he was an old man, living on his own at The Sunnyfield Home For The Elderly.

‘You’re not thinking straight!’ Alex continued. ‘There’s probably sod all in the till anyway. And someone might get hurt. You wouldn’t want to hurt anyone.’

‘What kind of idiot would stuff a loaded service revolver down the front of his trousers?’

Alex had no answer to that. An uneasy silence settled over the table, then he spread his arms wide in appeal. ‘Dad…..I mean….come on!’

‘Of course you are!’ Alex exploded, picking up his knife and fork and attacking his fish with vigour. ‘Who d’you think you are? Jesse James?’ He shovelled some chips into his mouth and pointed his knife at his father.

‘Pathetic! Accept you’re an old man, for heaven’s sake, Dad! You’ve been like this since Mum died. Trying to relive everything, acting like a kid with wrinkles! But….’ he said between mouthfuls, ‘this is the worst. Either that or you’ve finally gone barmy. Off the deep end. And what’s the point of robbing a tea room? That’s not very ambitious! What’s wrong with Barclays?’

His father made no reply, didn’t look at Alex. Just ate his meal steadily, swallowing evenly. Alex noticed with a little jolt of alarm that the two schoolgirls were nowhere to be seen. He heard the front door close quietly and saw the sweaty-faced man walk out onto the pavement, laptop under arm. His heart sank. The only sound in The Copper Kettle appeared to be the clock ticking on the wall and the thump of his heart. Oh, and somewhere in his head, Morricone’s theme music to ‘A Fistful Of Dollars.’

His father dabbed the corners of his mouth with a serviette, pushed his plate away and got to his feet. He walked round the table, unbuttoning his jacket. Alex dragged his chair round, but found himself in the grip of inertia. His head was spinning and he felt ridiculously dizzy. His father had reached the counter.

The waitress was sitting behind the till, filing a long, red fingernail. She looked up vaguely to find the barrel of a Webley service revolver waggling rather unsteadily in front of her.

The last words Alex heard before his world spun off its axis were: ‘Not enough cheese on your cauliflower?’

Nicholas John asserts the moral right to be identified as the author of this work.