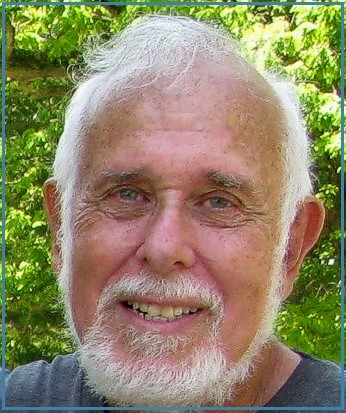 A recovering economics professor, Steve Slavin earns a living writing math and economics books.His short story collection, To the City, with Love, is available on Amazon.com and BarnesandNoble.com.

A recovering economics professor, Steve Slavin earns a living writing math and economics books.His short story collection, To the City, with Love, is available on Amazon.com and BarnesandNoble.com. 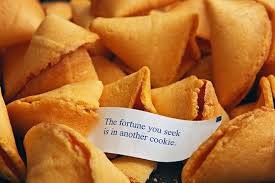 So what’s the deal with Chinese fortune cookies? You know how they sometimes do accurately describe you or your future:

People are naturally attracted to you.

A dream you have will come true.

The greatest risk is not taking one.

Is the waiter playing a joke on us by hand-picking our fortunes? Or, does he just dip into a large box of cookies, and distribute them randomly?

Linda and I have been eating at an old style Cantonese restaurant for years. One evening, when “Mike,” our regular waiter, gave us our cookies, she asked him what the deal was.

“Mike, Garret and I are curious about the fortune cookies.”

“Yeah, Mike,” I said. “Do you know what the fortunes are, and then give us the fortunes that you think we’re hoping for?”

“So sorry, Garret. If I tell you, it would no longer be ‘big secret.’” And before either of us could think of a clever reply, he rushed off to a man who was signaling for his check.

Linda and I just looked at each other and rolled our eyes.

“Do you think he’s hiding something?”

“I don’t have a clue, Linda. It’s really hard to know when he’s joking.”

We opened our cookies and read our fortunes out loud. Mine was, “If you have something good in your life, don’t let it go.” Linda’s was, “A new voyage will fill your life with untold memories.”

“I think I should ask Mike for another cookie,” she said.

“I’ve used up all my vacation time – and I even owe the company a couple of weeks.”

Linda and I have a very comfortable relationship. We probably look like we’ve been married for maybe five or six years, and no longer have to go through the constant hand-holding, eye-gazing, touchee-kissee moves of couples just falling in love.

Yeah, we’d been there done that back in high school. Linda was my first love, and I’d like to think that just maybe I was hers too. But neither of us ever said the “L” word, and we never talked about getting married. We broke up amicably after high school, and went to different out-of-town colleges. Since then, although we were both living in the city, it seemed that either she was seeing someone or I was.

Over the years we even went out on a few double dates, which we both agreed was just too weird. So if anyone asked, “What’s up with you two?” we’d probably describe ourselves as friends without benefits.

Linda must have noticed my faraway look.

“Do you remember my friend, Janet?”

“When we were in middle school, she was one of my best friends. Her parents had divorced when Janet was very young, and she would see her father every weekend.”

“Wait! Don’t tell me, Linda: He took her for Chinese food every Sunday.”

“I wonder if it was at this restaurant.”

“No, it was a place in my old neighborhood. Anyway, they always ordered the same dishes and probably had the same waiter.”

“So it was Janet’s eighteenth birthday. Her father gave her a beautiful silver necklace with turquoise beads. And then the waiter brought the fortune cookies.”

“Linda, something tells me that you’re about to let me in on the ‘big secret.’”

“Are you ready for this?”

“Janet cracked open her cookie. When she saw her fortune, she actually screamed so loud that everyone in the restaurant stopped eating and stared at her.”

“What was her fortune?”

“It actually said that?”

A year or so later, Linda and I were finishing our meal at the same restaurant. Linda had just returned from Boston, where she had been living with a guy. Things had not worked out, and she was very down on herself. She kept repeating, “How could I be so stupid?”

Even Mike sensed that something was off, so he held his banter to a minimum. We got through the meal OK, mainly by avoiding any talk about her “relationship.”

Finally, Mike brought the fortune cookies. Without a word, he placed ten cellophane packets in front of Linda. He smiled at her and then quickly walked off.

Linda looked at me and I just shrugged. Clearly, I had no idea what was going on.

“Look, Garret, the packets are numbered.”

Indeed, they were numbered one through ten.

She broke open the first fortune cookie. I watched her face. She kind of frowned. Then she began to smile. And soon she was laughing.

Linda handed me the strip of paper. It read, “Linda, you think you’re pretty smart.”

Now we were both laughing. Then she opened the second cookie. Her fortune read, “So you were washing your clothes in a laundromat and you met this guy, Jason.”

She was laughing harder as she handed it to me.

Her third fortune: “Half an hour after your clothes were dry, you were in the sack with this guy.”

Cookie 4: He convinced you to give up your job and your apartment and move to Boston.

Cookie 5: Some things are not as they first appear.

Cookie 8: The schmuck is thirty-four and still supported by his parents.

Cookie 9: A new voyage will fill your life with untold memories.

She didn’t break open the last cookie. I knew enough to remain silent. She would do it when she was ready.

She drew a deep breath. She was ready for her tenth fortune. She opened the cookie, and then looked at her last fortune. She began to cry. Mike was approaching our table, but he stopped abruptly, and then fled back into the kitchen.

Finally, she wiped away her tears, and began mouthing a single word over and over, while nodding quite emphatically.

What did her tenth fortune say? I’m sorry, but it’s a “big secret.” 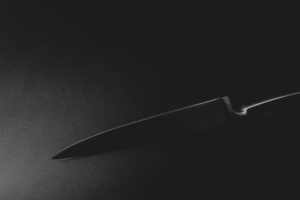