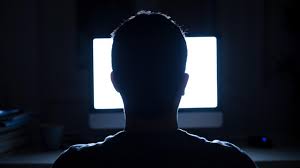 Food and fear have replaced sex in Mark’s life. Now he can barely get into his own pants and trembles at the idea of getting into a woman’s.

He lays down the library book ‘Dating after Disaster’ and lounging back, puts his hands behind his head and stretches.

‘These self-help books are all the same, saying you should wait two years after a major break-up. Half of them are written by idiots. Well, bugger it, life’s not about making right decisions. It’s about moving on from wrong ones.’

He turns to his computer and googles ‘Shall We Dance?’ the dating service that kept popping up online earlier in the day.
‘How much of your life does this bloody thing need to know?’ Mark scratches the back of his neck, battles through the registration process, writes his profile and uploads his best photograph.

The thought of making a first contact sends a shiver up his spine. He browses the site for an hour, and then sits back, struck by the cheerful face and unpretentious profile of a woman called Fiona. He sends her a message. She emails him back immediately.

Over dinner, she breezes through the story of her life: family, friends, work and recently ended marriage.

Mark, red-faced and perspiring, nods politely from time to time. He says little, feeling oddly detached, as if gazing from afar at two other people, neither of whom is himself.

‘I like quiet men,’ Fiona says. ‘It tells me you’re a sensitive guy and a good listener.’

After the meal, she asks Mark to her apartment for coffee.

There is something enticing about the set of Fiona’s lips, and the way her blue eyes gaze at Mark over the coffee cup stirs long-forgotten sensations. Heart in mouth, Mark moves to embrace her.

Fiona slips into his arms. ‘I feel special with you,’ she whispers, her breath warm on his neck. ‘I want you to make love to me.’

She leads him to the bedroom.

Mark is sitting on the side of the bed. ‘I only had a couple of wines. Maybe we’re rushing things a bit.’

Gareth Willoughby, writing his first short story, leans back from the word processor, and reads aloud what he has just written. Hmmm. Fiona and Mark sound life-like enough, and the whole thing flows nicely. But, as they say, everybody’s first attempt at writing fiction turns out to be autobiographical. He frowns and continues writing.

‘We need to talk about what just happened,’ says Fiona.

Mark stares at her. There’s a soft vigour about her face, like her body. He’d been surprised by the softness of her arms and neck. Her skin seemed to belong to someone much younger and she had a fluidity of movement that went with a woman who took care of herself and led a healthy life. Unlike him.

He finds his eyes still drawn to the freckles on her breasts.

‘No need to be. We can work through this together. Just tell me how you’re feeling now.’

‘You want me to be honest?’

Gareth Willoughby takes a deep breath, rises from the desk and begins to pace the room. His characters have taken on lives of their own, leading him into unthinkably deep waters. ‘Shit, shit, shit,’ he mutters.

He glances at the bottom of the computer screen. 2.06 am. He yawns and clicks on ‘sleep.’ ‘Wish I could put myself to sleep like that,’ he snorts. ‘Tomorrow, I’ll delete everything from when they leave the restaurant, and rewrite the scene at Fiona’s house. No, damn, I’ll do it now.’ He returns to his desk and reads the story again. ‘Hmmm. Yes, much better without all this,’ he says to himself, pressing the delete key, humming softly as the embarrassing scene vanishes.

Poised to resume writing, his fingers freeze in mid-air at the sound of someone clearing their throat behind him. He turns around slowly, eyes sliding to the sides of their orbits, a crawling sensation running down the hairs of his neck.

A woman is leaning against the wall, glaring at him.

‘Who are you?’ Gareth asks, in a hoarse whisper.

‘Fiona? Why have you come?’
‘Because I’m pissed off you’ve stuffed up our story.’ Her voices rises. ‘What right have you got to play God? Mark would’ve opened up to me about his problem! He’d have allowed himself to be vulnerable, and I’d have listened with all my heart, really helped him, and we’d have fallen in love! A fairy tale ending! But you mucked it up with your trigger-happy delete finger!’

‘We’ve all got to take the rough with the smooth.’

‘Says who? You’re so callous.’

Gareth half rises in his seat. “May I remind you that you are a fictional character and I can amend or delete you at any time?’

‘Two can play at that game,’ Fiona retorts. ‘The truth is, you’re just as fictional as I am, and neither of us is bounds by the demands of reality.’

She leaps forward, pushes Gareth off his chair, and then sits down with a thump, her fingers on the delete key.

Writhing on the floor, Gareth screams as he feels himself disappearing.

Fiona laughs. ‘Bastard,’ she says, ‘projecting your own sexual difficulties onto poor Mark, then denying him and me the chance to work through them together. We’ll see about that.’ Her fingers fly over the keyboard.

She grins down at Gareth’s face as his tongue lolls out and his features disintegrate, then vanish. Word by word.