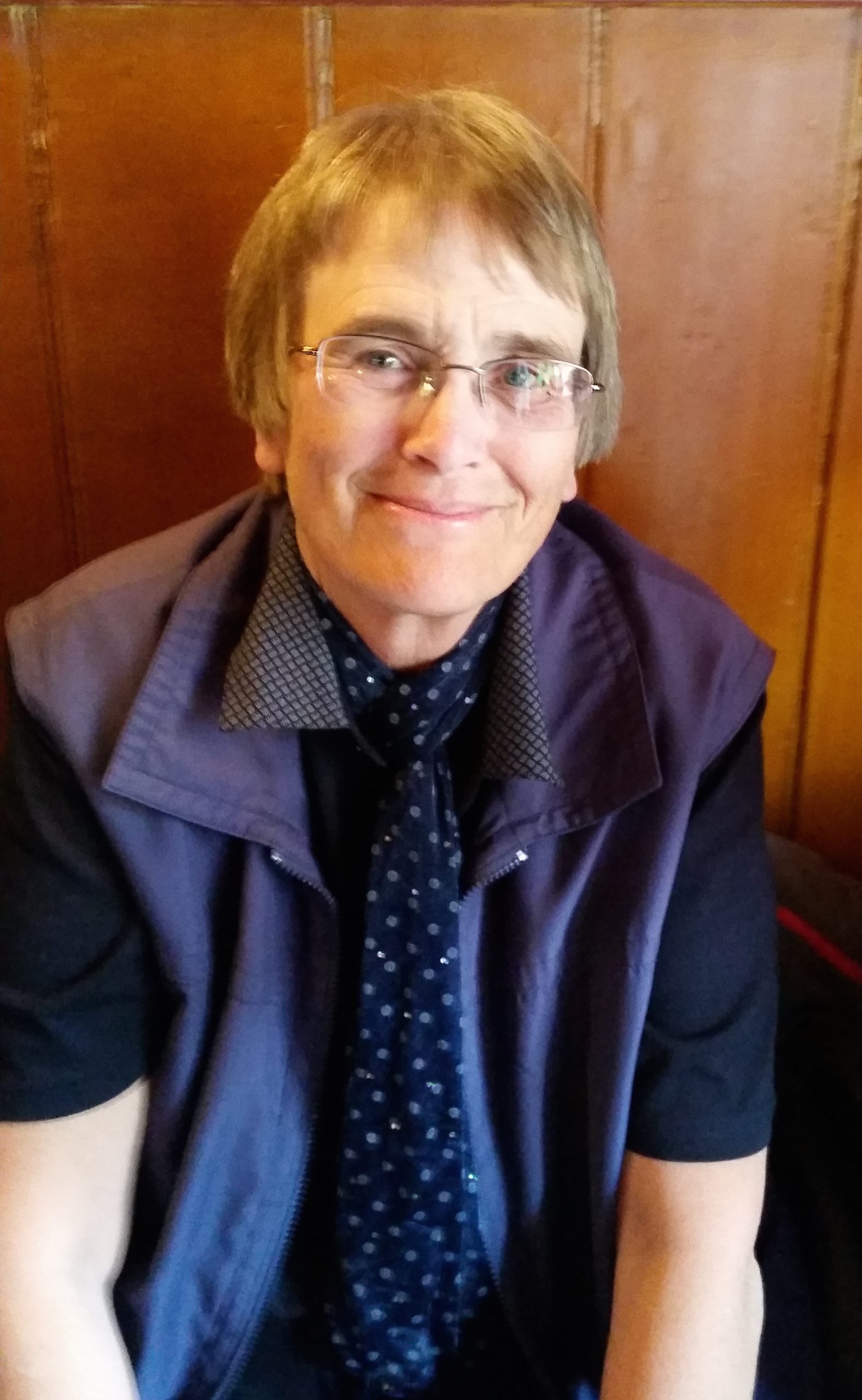 Ann Wooby is a performance poet living in Oxfordshire. She is a keen member of the Chipping Norton Theatre Creative Writing Group.

Ann Wooby is a performance poet living in Oxfordshire. She is a keen member of the Chipping Norton Theatre Creative Writing Group. 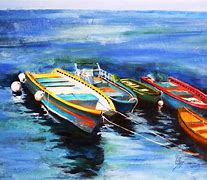 There were six of us on the boating trip – my father and stepmother, my great aunt, our friend Jack, my brother Ian and myself. We all had our own passions and agendas. My father’s grand passion was for boating. Indeed being a Norfolk man, he was born to love all things nautical; several members of his family were sailors and his own father had achieved a small measure of fame by appearing as George the Boatman in a book entitled “Bunce, the Bobby and the Broads.” Father’s great friend Jack did not really share my father’s love of boating, but he was a keen photographer and was happy to chronicle the events in our family life. My stepmother had had a career as a nursing sister but her real love was cookery – under her expert influence we all partook of gargantuan meals and steadily grew stouter and stouter. My Great Aunt Florence, aged nearly ninety, adored the Rubaiyat of Omar Khayyam, a passion shared wholeheartedly by me. We could quote it for hours, and often did. My little brother Ian – well, he was very young and his interests were perhaps too numerous to mention, but included railway modelling, trainspotting, bird watching, stamp collecting and Paddington Bear stories. Above all, however, he had a determination to live life to the full and to pack as much danger and excitement as could reasonably be managed into every hour of every day.

As so often happened in our family, it was my father’s passions that tended to rule the roost. If things were going well, he was benevolent, jocular, Edwardian and Pooterish, but if they were not, he would descend into monumental sulks that could last for days. Thus, to keep him happy, we were all embarked on a day on the Broads.

Incidentally, six was the maximum number of people we could ever take on an outing; we could take any number up to six, but certainly no more than six, on account of the six plastic trays. These plastic trays were the pride and joy of my stepmother’s heart. They were compartmentalised and stackable, and under her capable direction would hold breathtakingly three course gourmet meals that would be laid out before the journey, stacked up neatly and proudly produced for picnic lunches, so that we could all dine like princes wherever we happened to be.

Anyway, we arrived at the boatyard and took out a suitably sized motor boat for the day. After all these years I have to confess to forgetting its name, but think it may have been Enterprise or Endeavour or something equally appropriate. We set off merrily with father at the helm and the intention of reaching Yarmouth if possible. The weather was beautiful, the scenery tranquil and relationships on board ship were correspondingly peaceful. My father was in his element, and being awash with the spirit of camaraderie he encouraged us all in turn to have a go at the helm. We obligingly had a go, but eventually father was left in full control and we were free to follow our own pursuits.

Jack took a great number of photographs, we three ladies indulged in social chit chat and my brother sat reading a railway magazine. The journey proceeded merrily for about an hour and the time to eat the eagerly awaited lunch was fast approaching. My stepmother went into the cabin, brought out the plastic trays and placed them on a convenient ledge at the bow of the boat.

It was at this point that several things happened at once. My little brother had tired of his magazine and with a commendable interest in flora and fauna, which one could not praise highly enough in one so young, was leaning over the edge of the boat and peering into the water. As he became more and more absorbed, he leaned further and further until his position was frankly precipitous. My stepmother turned from her culinary preoccupations and rushed across the boat to grab him by the seat of his trousers, unfortunately catapulting four of the precious lunch trays into the murky depths. My aunt uttered a small and dainty little shriek. Jack walked across the boat to comfort her, tripped over the camera that he had hastily placed on the floor, and fell against my father who temporarily forgot that he was steering. Fate took a hand here and decreed that although we had so far been travelling through mostly unobstructed waters, this was the precise moment that we should be passing a landing jetty that protruded out from the shore.

The resultant crash I still remember clearly today. We were all thrown off balance, but my father responded to the event magnificently. The spirit of his ancestors rose up within him, and in a remarkably small space of time he had moored the boat to the jetty. My stepmother, in nursing mode, pronounced us sound in wind and limb. Gingerly, one after the other we stepped ashore, keen to take stock of the situation. It took us only a moment to discover that although we were fit and well, the boat clearly was not, for at the side of the bow, perhaps two feet down, was an enormous indentation. We stood there horrified. Were we insured? What would they say at the boatyard? Should we continue with our journey?

Father took control again. “We will have to go back to the boatyard and tell them. I can’t enjoy the day with this hanging over us.”

We got back on board, silent and disconsolate. We did not even have the heart to investigate the contents of the two remaining plastic trays. After a while there were several “if only” conversations. My stepmother, pragmatic as always, said, “We can’t change anything, it’s happened, and that’s that.” My aunt and I perked up considerably. Simultaneously, we both had the glorious realisation that Omar Khayyam had a message about our current situation. Together we chanted:

“The Moving Finger writes; and having writ,

Moves on: nor all thy Piety not Wit

Shall lure it back to cancel half a line;

Nor all thy Tears wash out a Word of it”

For some reason these words were not well received by the assembled crew and silence resumed until we approached the boatyard. Then a flurry of anxious comments erupted, only to be stilled by our arrival at the jetty. Father, in his position as leader, helped us out of the boat and eventually a puzzled looking boatman appeared. We all sidled back respectfully and left father to tell the tale. We watched as he pointed to the damaged area of the motor launch. We waited. Was that the flicker of a smile on the proprietor’s face? We heard him speak to Father. “Oh dear sir, you shouldn’t have worried about coming back, that dent was there before you set out!”

I would leave the story there, but it does have another conclusion. As you can imagine, we were worried about Father. After all, he had passionately wanted to get to Yarmouth and half the day was wasted. Was this going to lead to the biggest sulk of all time? Five pairs of eyes were anxiously turned in his direction. He looked very serious indeed. Again we waited, then suddenly his mouth began to crease, he began to giggle, soon he was laughing uncontrollably, tears streaming down his cheeks. After a while he managed to speak;
“Oh dear, oh dear” he spluttered. “Stay here everybody, I’ll drive the car to Yarmouth and bring back fish and chips!”

An hour and a half later we were fed and happy and had resumed our interrupted trip on The Broads. I reflected that, for once in my life, I could see an element of truth in that rather suspect saying: ‘Sweet are the uses of adversity’. I believe that, had he been with us at the time, Omar Khayyam might well have shared my sentiments.