And There Came Floods 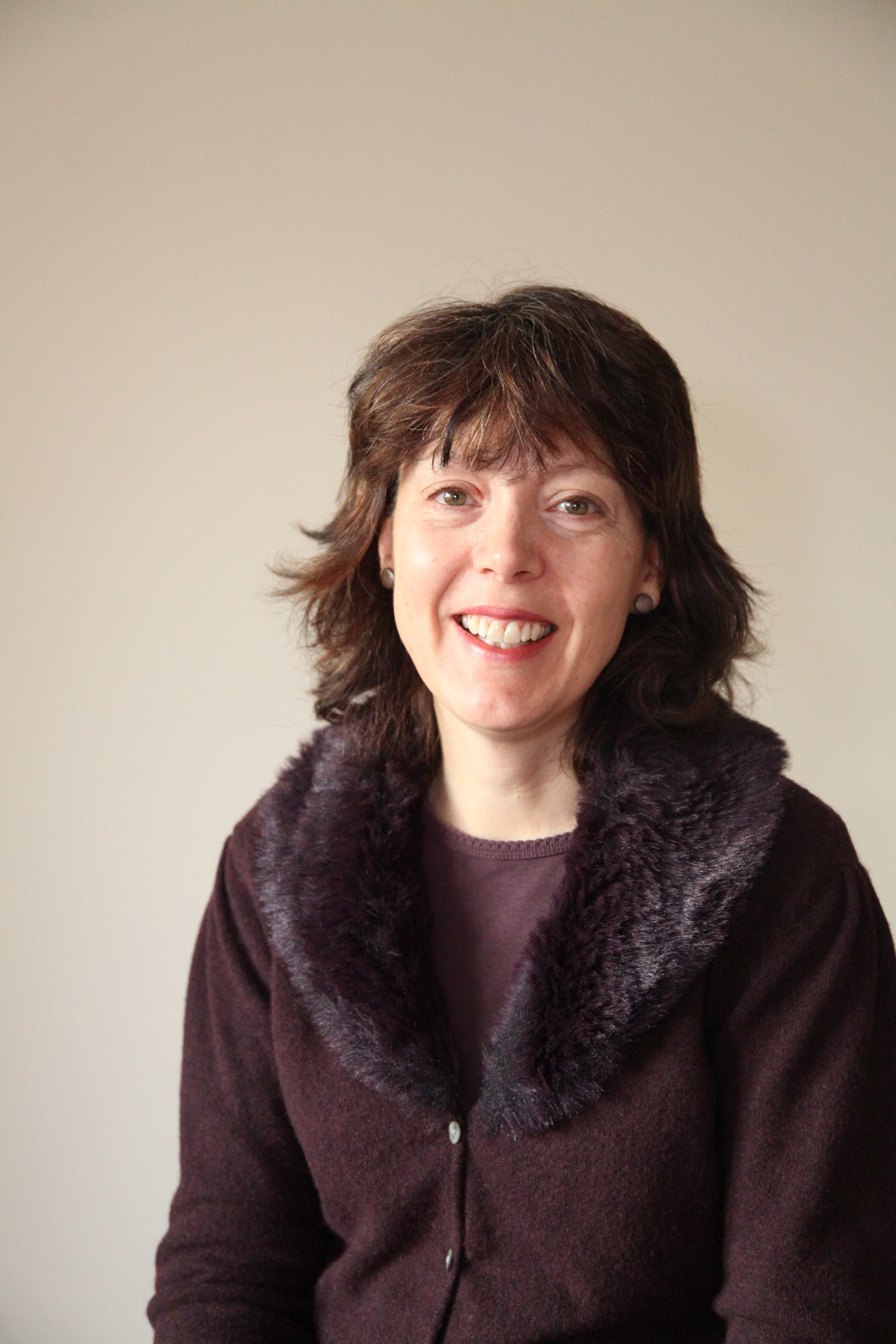 Sarah Meyrick started writing for her local paper at the tender age of 15 and has worked as a writer, journalist and PR professional ever since. During a degree in Classics she fell in love with storytelling and is currently working on her first novel. In between her writing and her day job, she is the creative director of the Bloxham Festival of Faith and Literature. She lives in Northamptonshire with her husband and their (mostly) empty nest. @sarahmeyrick Website: sarahmeyrick.co.uk

Sarah Meyrick started writing for her local paper at the tender age of 15 and has worked as a writer, journalist and PR professional ever since. During a degree in Classics she fell in love with storytelling and is currently working on her first novel. In between her writing and her day job, she is the creative director of the Bloxham Festival of Faith and Literature. She lives in Northamptonshire with her husband and their (mostly) empty nest. @sarahmeyrick Website: sarahmeyrick.co.uk 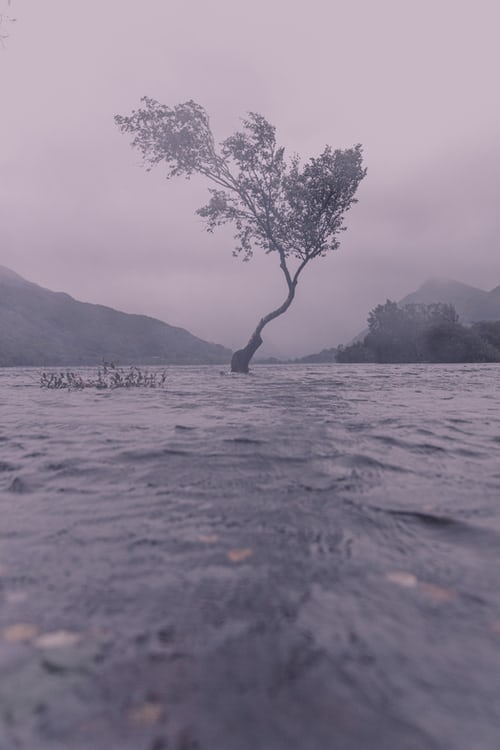 The day had been extremely trying for the Bishop of Barchester.

It had started early with a local radio interview, but the new Sunday presenter seemed to think Lent was more about giving up chocolate than spiritual discipline.  Then, he found himself so bone-chilled after Matins in one of his country churches that he’d needed a hot bath before lunch to thaw out.  And while Evensong at the Cathedral had soothed his soul after an afternoon’s paperwork, drinks at the Deanery had been rather marred by a visiting American hectoring him on the sluggishness of the Church of England over the appointment of women bishops.  As if he wasn’t an outspoken supporter!

All in all, by the time he switched on his computer again, with a larger than usual tumbler of whisky in hand, the Bishop was feeling uncharacteristically cranky.  And now – how on earth could there be 574 new messages since tea-time?  Perhaps it had been rash to blog on that subject on Friday (his chaplain had come over all Yes Minister; “A brave decision, Bishop.”) but frankly, he was fed up with being careful.  Sometimes you simply had to nail your purple colours to the mast.
What started as a trickle had escalated into a deluge.  Now, it seemed, responses were simply flooding his Inbox.  And like the psalmist, the torrent was threatening to overwhelm him.  A quick scan suggested a predictable mix of the Outraged, the Angered and (always hardest to bear) the Disappointed.

“Oh Lord, preserve me from email!” he groaned, head in hands.  It was all so… exhausting, being a bishop.  So unlike his younger days; missionary work in Africa, parish ministry during the miners’ strike.  To think he’d once embraced email as a blessing!  If, like Jesus, he retreated to the hills, his phone would still have buzzed away in his pocket.  Even when it was on silent you could feel the messages pouring in.  His finger hovered over Delete.  No.  Time for bed.

So it was something of a shock when he logged on next morning to find his Inbox empty.  Completely empty.  Had he yielded to temptation in a haze of Glenlivet?  Disbelief gave way to panic, then annoyance.  Where were his Synod papers? Well, he was sure it could be fixed.  At 6.30 am, it was too early to call his PA.  He’d say Morning Prayer, and sort it out later.

A month later, despite the combined efforts of his PA, chaplain and IT staff, the Bishop’s Inbox remained obstinately blank.  A new laptop hadn’t solved things.  Neither iPad nor iPhone was playing ball.  And people were reporting odd replies from his email address.  Not bounce-backs, exactly, but messages like, “Is your email really necessary?”  and “The Bishop is probably praying.  Why not try it?”

Remarkably, the Diocese of Barchester muddled on.  When it mattered, he spoke to people by phone, or even face to face.  His longsuffering archdeacon (dear Rachel!) retrieved the absolutely essential papers.  The main change was the new bounce in the Bishop’s step, and the serenity of his expression.

The scent of lavender released an unexpected flood of memories.

Kate had cut the posy from her garden that morning to put beside her dying mother’s bedside.  Almost as an afterthought, in an unconscious echo of childhood, she rubbed a few of the purple flowers between finger and thumb directly under Serena’s nose.  “Breathe in!” she’d said.  “The smell of summer!”

Serena, floating in and out of consciousness in the cotton-wool world where she hovered between life and death, was suddenly and delightfully transported to a blisteringly hot afternoon in August 1944 when she’d walked up Sheila’s garden path to play tennis.

“Do come.  The chaps have slept and slept and now they need exercising,” Sheila had said, making Peter and his friend sound like puppies.  Privately, Serena wondered how anyone could contemplate tennis in that kind of heat, but airmen unexpectedly home on leave from the ghastliness of war surely deserved indulgence.  She’d dragged herself away from her easel in the cool of the dining room, more or less scraped the paint off her fingers, and made her way next door.

The lavender – abuzz with bees and butterflies – had been so headily aromatic that she’d walked into the garden smiling broadly.  The cloudless sky, the garden, the tennis court, and the utterly English summer setting briefly made all thoughts of the war just too absurd.  There had been laughter, a surprisingly energetic game of tennis, ice-cold home-made lemonade in cloudy green glasses, and a delicious supper of salad from the garden.  Most of all, of course, there had been Tom, all six foot three of him, with his twinkling eyes and his lopsided smile.

They’d talked and talked, long after the meal was over.  She’d told him about the portfolio she was working on for her art school interview, confessing her agony over whether she should be training as a nurse like her sister Jane.  He’d talked about his family, and the place at Oxford that he hoped still awaited him after the war.  They’d become so absorbed in each other that they didn’t see brother and sister exchange knowing smiles and slip away to wash up.

When it was completely dark, and no more excuses to stay were possible, he’d walked her to her gate, back through the lavender, and briefly clasped her hand as he said goodnight.  She’d wept into her pillow in the certain knowledge that she would never see him again, and that he would die not knowing that she loved him.

The next morning, before they’d finished breakfast, he arrived on the doorstep resplendent in uniform and begged her to wait for him.  So began the months of hell, as she willed him to survive, and the ecstasy of his wonderful letters.  Now the memories became chaotic; disordered snapshots of their long life together, like a collection of old photographs hastily thrown together in a box.

“Goodbye Mum.” Kate was about to leave.  Serena summoned all her strength to press Kate’s hand in reply, and quietly slipped away.

Normally, Noah loved living on his houseboat.  Frankly, it was the only way he could afford to live anywhere near the pretty red-brick Thames-side village where he had his mooring.  Mind you, the wharf fees were pretty ruinous, not to mention his boat licence and insurance.  Still, with his army pension, and by living simply, he could just about stretch to it.

It wasn’t as if he had an extensive social life.  Or any social life, if he was honest.  Alone in the world, and painfully shy, he supposed he now qualified as a fully paid-up recluse.  No wonder the village children dared each other to jump on deck and bang on his door, shrieking.  He’d become a bogeyman.  But on balance, it was worth it for the beautiful view and the nearness to nature.

Weather, he could normally manage.  He rather relished blowing on his hands on cold winter mornings as the mist came off the river.  Summer was bliss, as long as there weren’t too many visitors.  But this year!  It was like no other winter he could remember.  By his counting, it had been raining for the last thirty-nine days without a break.  And now he was keeping a very anxious eye on the water level.  Only another half metre and he reckoned the river would burst its banks and pour into all those millionaires’ gardens.  What would happen to him if there was a flood?  Would his boat break its moorings?  Would he go hurtling downstream, over the weir?

He awoke early next morning to the sound of rain on the roof, and to a knocking at his door.  Half term, perhaps?  But this wasn’t dare-devil banging.  It was politer, somehow.  He pulled on his oilskins, and surfaced.  A boy and girl stood on the river bank.

“Please, can you help us?” said the girl.

He blinked, uncertain.  “How?” His voice sounded rusty from lack of use.
“It’s our garden.  It’s flooding.  We’re worried about the rabbits.  And the cats.  And our dogs.   And the guinea pigs.  And our chickens.  Could we … come on board?”

“That sounds like an awful lot of animals,” said Noah.

And there was, just about.  The little girl ran to wake her parents, and her brother rounded up the animals.  He and Noah had more or less got everyone safely stowed when the parents appeared, in dressing gowns and wellies.  In the nick of time, as the boat finally broke free.

At which point, the extra passengers came in extremely handy.  While Noah attempted to steer, the children’s dad grabbed a branch and their mum lassoed it with a rope.  As Noah secured the mooring a small branch came off in his hands. ‘Olive?’ he wondered.

“Look, the sun’s coming out,” said the little boy.

“A rainbow!” said the girl.

“Tea, anyone?” said Noah.  And he couldn’t help smiling.