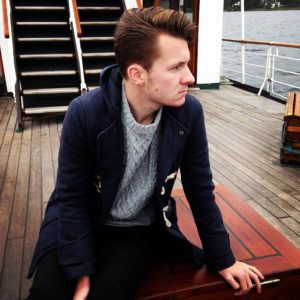 Thomas Stewart has an MA in Writing from Warwick and a BA in English from South Wales. He has had his prose, poetry and personal essays published in The Cadaverine, The Metric, Agenda Broadsheet, Ink, Sweat and Tears, The Stockholm Review of Literature, among others. His poetry pamphlet ‘Creation’ is forthcoming by Red Squirrel Press. He is currently seeking a literary agent for his novel. As well as fiction, he is a freelance writer and the Assistant Editor of Men's Fashion Magazine. He enjoys folk music, horror films, vintage watches, patterned jumpers, odd knick-knacks and suburban fiction. He can be found on Twitter at @thomasstewart08.

Thomas Stewart has an MA in Writing from Warwick and a BA in English from South Wales. He has had his prose, poetry and personal essays published in The Cadaverine, The Metric, Agenda Broadsheet, Ink, Sweat and Tears, The Stockholm Review of Literature, among others. His poetry pamphlet ‘Creation’ is forthcoming by Red Squirrel Press. He is currently seeking a literary agent for his novel. As well as fiction, he is a freelance writer and the Assistant Editor of Men's Fashion Magazine. He enjoys folk music, horror films, vintage watches, patterned jumpers, odd knick-knacks and suburban fiction. He can be found on Twitter at @thomasstewart08. 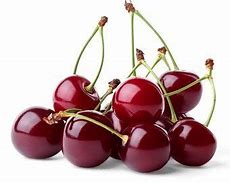 The wallpaper was the colour of sad mangos and Herbert and Miriam sat around the dining table, the remnants of their dinner – of seeds and pips – between them.

“I want to kill myself,” Miriam said.

He sucked on a dead orange and said, “Watch me.”

She looked down at the peach stone. “I’ll have to try harder,” she said.

On Wednesday, Miriam hung herself and she did it in the dining room so Herbert would find her dangling over his precious fruit. She wished she could have hung directly over the dining table, the tips of her toes touching the edges of a banana but the ceiling was too low and she would have just been a woman standing on a table with a rope around her neck. She succumbed to drawing a chair, tying the rope around the beams. She had littered the ground with pears and pineapples before she did; her toes were inches from them.

She knew about hanging. The rope had to be of a certain length due to weight and height in order to snap the neck. Quick, painless, instant. If not, you would just dangle there and suffocate, choke and die. But she wanted that. She didn’t want it to be painless and quick. She was no executioner. She wanted to suffer and Herbert would suffer. He would find her hanging there and the post-mortem would disclose the details. As she organised the rope, she imagined the burn around her neck, she imagined him being left there with her body, sitting next to it, crying with the lump in the room, her ghost. She relished the thought.

She kicked the chair and hung there for six minutes and began to lose consciousness and in the blur it was the opening and closing of the door, it was the “Holy fuck!” of Herbert’s voice, it was the crunch of the pineapples and him cutting her down and him saving her and her hating him for it.

It was just the two of them when she woke. He’d laid her on the sofa and when her eyes opened, she saw him standing by the fire. Her neck hurt.

He turned. “You feel something.”

He came forward and sat down next to her. He half-smiled, touched her face, ran his fingers along her battered throat.

“You don’t feel love,” he whispered.

“Not for you,” she whispered back.

“You feel something for me,” Herbert whispered again.

“For making me once love you.”

They sat in the darkness and the fire was all that illuminated them. His eyes on her, she back at him. Miriam and Herbert. Wife and husband. There in the big house.

“You should eat. I’ll make us a fruit salad.”

“No kiwi,” she said as he walked away.

“Of course, Miriam,” he said and collected the broken pineapples from the floor.

On Monday, she turned on the gas. The rope had been distasteful, juvenile almost. The gas would give her time to think, contemplate and reflect. But as she stood in the kitchen, as she started to cough and wheeze, as she saw the windows close in and blink. All she could think about were plums. Plums the focus, plums the beginning, plums as meaning, as justice and retribution, as freedom. Violet globes trapped in a porcelain bowl. Purple spheres orbiting. She as the plums, only Herbert orbiting.

She wanted to say it.

When she woke, she woke to the smell of air and congealed vomit. Detergent mixed with bile. She threw up straight away. Herbert was in the kitchen, wearing yellow gloves and spraying. She was on the kitchen floor, He hadn’t had the decency to put her on the sofa this time.

“Is that apple spray?”

“Sicker, evidently. You just vomited. You might want to clean that up.”

“Maybe it’s the fumes.” He took off the yellow gloves and threw them onto the counter. “You can’t be that determined, Miriam, you keep failing.”

“You keep stopping me.”

“I do,” he replied. “I won’t become one of those widowers with no answers.”

“What about if I said I’m depressed?”

“But you’re not depressed.”

“Because I know you,” he said.

He came closer to her and wiped the last speck of vomit from the corner of her mouth. “Even in misery, you’re beautiful,” he said and kissed her. She didn’t kiss him back. “I want answers.”

On Sunday, he found the sinks full of berries and the sofas covered in grapes. Miriam was waiting for him in the living room and as he saw her drowsy eyes, he cursed himself for leaving her alone. He should have hired help, told somebody. He drew her closer and became angry; angry that he had to even consider getting help, angry that to get his wife to come to the supermarket with him he’d have to drag her, angry that he had to put his life on hold, angry that he felt fear every time he left the house, fear that she would succeed and he’d be left with her body, would live in a house in which his wife had killed herself, in a house of ghosts and darkness and memories, a house that resembled the end of a long marriage, an unjustified end.

“Herbert,” she said. Her voice was dry and croaked. “Sit, I want to talk to you.”

“The chair is covered in grapes,” he said.
“Sit down anyway.”

She looked at him. Her head half tilted, her hand trembling. She looked weak. “I loved you,” she whispered.

“I loved others too.”

“You had affairs?” For some reason, the news didn’t shock him.

“No,” she finally said. “Inbetween us. Before and inbetween.”

“Young foolishness.” She paused, licked her lips. “I feel like our marriage, our love,  might have been that too.”

Herbert merely looked at her.

“And you stole me back,” she said.

Silence between them. The fire crackled. It was night.

“I resent you, Herbert. Every morning. Every time I see you, I see what I once was, what you stole.”

“I stole you,” he said and looked down to his lap.

“Yes.” Her voice rose. “Like a poisoner, a child-catcher, a murderer. You stole me and destroyed me. You turned me into what you wanted.” She spat, she shouted, she swore. “My blood is on your hands, Herbert.”

He looked up from his lap. “What have you taken, Miriam?”

He stood up. “Miriam, what did you take?”

“Miriam!” He grabbed her face but his hands fell to her bruised neck. He tightened his grip.

He stared at her, his eyes in hers, and ran.

She woke in a hospital bed, in white sheets and the smell of overly clean floors and moments later the doctors said things like “overdose” and “few days” and “observation”. She heard but only half heard. Herbert was not there this time.

She said, “Where is my husband?”

The doctor replied, “At home. He said he’s getting ready for your birthday.”

On Friday, she turned fifty-two and returned from the hospital. She came home to the smell of apple and blueberry pies and candles. She showered and considered cutting her wrists but the razors had been taken away. She dressed and considered hanging herself but the belts had been moved. She descended the staircase in her violet dress and considered throwing herself down them but felt foolish.

She joined Herbert at the table, arranged with candles and fruit and wine. They exchanged no words as they ate.

Herbert eventually uttered first. “You were hurtful the last time we spoke.” He scooped a slice of pie into his mouth.

“You degraded our marriage.” He left his fork against the plate. “Our life,” he said and the words were cold, they came to her and rattled.

“I was telling you how I feel. Shouldn’t a marriage be based on honesty?”

“Is this a marriage?”

She rolled her eyes. “I told you.”

“It’s a stupid excuse. Be an adult and get a lover.”

His eyes grew over the candlelight. “I love you, Miriam. You’re the love of my life. I love your wickedness and your cruelty. But you have the power to break me and I hate you for it.”

She stared at him. There they were. Herbert and Miriam. Husband and wife.

“We all have our reservations,” he said. “Mine was that if I didn’t control you, you’d betray me. That if I didn’t make you adaptable, you’d never adapt.”

She said nothing. She could say nothing. Only look at him.

He sipped his wine. “We’ve become this,” he said. He wiped his mouth and stood up. “I have to get your gift.”

He left the room and for a moment she had peace. She sighed and rubbed her eyes, ran her fingers through her hair.

He came back to the table with a yellow box which had a black bow on the top. He put it on the table and pushed it towards her.

Inside was fruit. Pink and red droplets. Grapes but not grapes. Berries but not berries. Dangerous pink. Sly pink. Heart pink, without beats. She looked at it, then back up at him.

“Because I love you,” he said.

She was silent again. She could only stare at him.