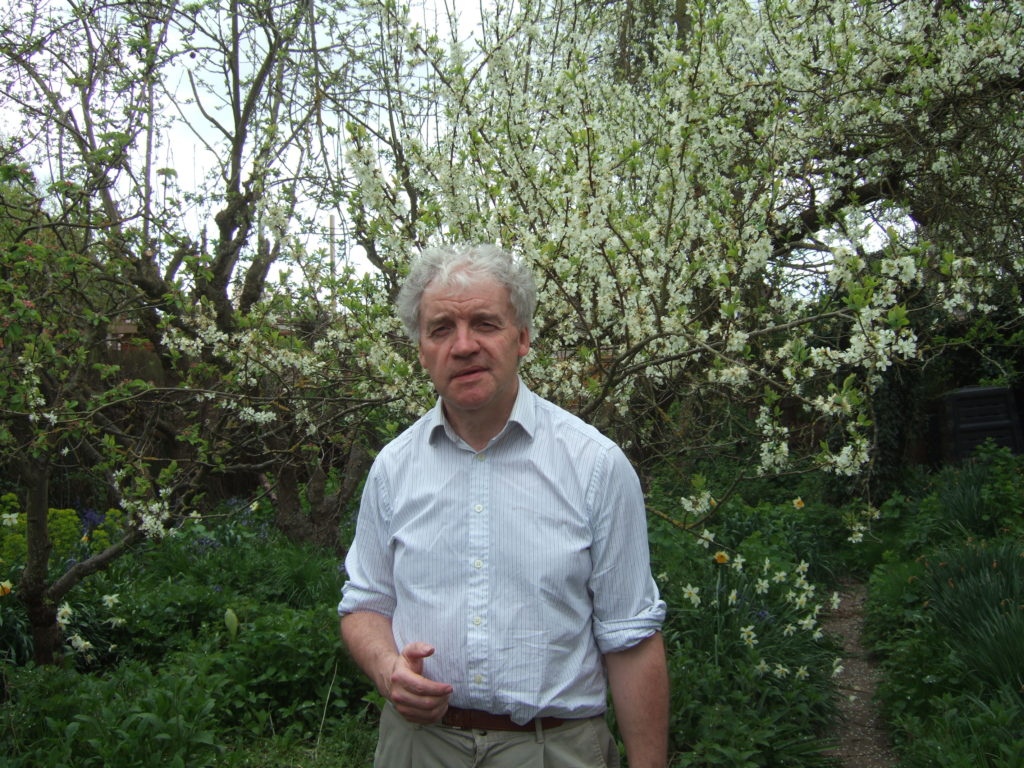 David Phelps was born in Hereford. At a young age he went out into the world to seek his fortune but, instead of being kind to mysterious personages in woods, he made the mistake of joining the Civil Service and so failed in that enterprise. Returning to Herefordshire he became convinced that writing stories about his native county would bring him fame and fortune. We can only hope that his next preoccupation, playing cricket for England, will bring him greater success. You can find more details about his money making schemes at Website: www.davidphelpswrites.co.uk

David Phelps was born in Hereford. At a young age he went out into the world to seek his fortune but, instead of being kind to mysterious personages in woods, he made the mistake of joining the Civil Service and so failed in that enterprise. Returning to Herefordshire he became convinced that writing stories about his native county would bring him fame and fortune. We can only hope that his next preoccupation, playing cricket for England, will bring him greater success. You can find more details about his money making schemes at Website: www.davidphelpswrites.co.uk 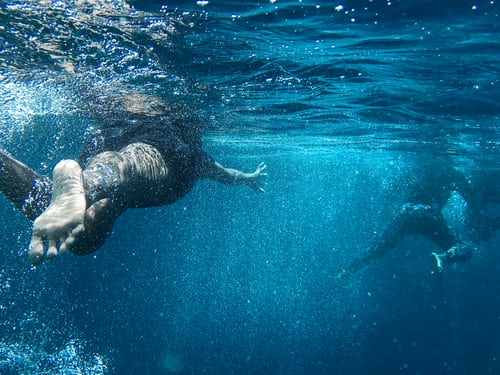 It was all going to be a terribly big adventure. He was going to have swimming lessons with his father in the big river. He was eight now and splashing about in ponds, a game for babies, was going to be a thing of the past. They would be going to the Wye and, at the end of the day, he would be a proper swimmer.

His father called him into the Rectory study after breakfast prayers.

“Now Martin, you must take this very seriously. I do not want to see horse play or tomfoolery.”

Martin solemnly gave his word that he would not behave like a child but one grown up enough to be allowed to swim in the river.

“The river is a very dangerous place. That is why you are being taught swimming, so that you are able to deal with the danger. Of course there is very wholesome enjoyment to be found in the exercise but remember this above all: by facing up to dangers, that is how we learn to overcome them.”

Martin’s prayers had been answered. It was a fine, sunny August day. No clouds came over later to spoil it so, after enough time had dragged for luncheon to be properly digested, the party headed off for Backney Bridge.

Not only Martin and his father, the Rector of Brampton Abbotts but also Martin’s elder sister Katherine and her friend Miriam. Martin would have much preferred to be only with his father but the Rector was an enlightened man and believed that daughters should be taught what sons were taught, within reason. Since Katherine’s friend was staying with them it was only fair that she should come too. Martin knew this was true but still felt it a shame.

Martin was a little shy of Miriam. The two twelve year old girls seemed strange and sophisticated and would giggle at strange moments; he feared he might be the target. Somehow Katherine was not his sister when Miriam was around.

They approached the river. When he saw all that water Martin’s heart started racing. Somehow it seemed to have become wider and faster than when he had last walked here. He wondered if his father would call the expedition off but he seemed unconcerned.

The men and the girls got undressed behind separate bushes. Martin and his father turned their backs to each other and took off their clothes to reveal their bathing suits underneath. Martin was self conscious with his father now. He was used to him being dressed in a suit and white collar or the full canonicals, so to be aware of him now, with shoulders and legs bare, made Martin feel awkward.

The girls had been told not to get into the water until Mr Evans was ready but, when the men came out from behind their bushes, Miriam was already in the water, splashing Katherine from the shallows. Martin thought his father was going to say something but he did not. Martin supposed it was something to do with Miriam being a visitor.

The Reverend Harry St Helier Evans gave his instructions from the riverbank. They must stay within their depth near the bank. On no account must they try to swim into the centre. There were dangerous currents that even fully grown men found difficult to deal with.

Martin was careful walking down the bank. He did not want to slip over and make a fool of himself. Getting nearer, the water looked darker and even more treacherous. At the last moment his foot slipped and went into the water. He was not expecting the cold when the day was so warm. He put his other foot in and found himself losing his breath. He was panting desperately and started shivering. He could hear giggles coming from the girls.

His father came easily down the bank and stood bedside him. He put his hand on Martin’s shoulder.

When the convulsions had subsided he allowed his father to hold his hand and they went further into the river together. It was still cold but it had become bearable. He crouched down, facing downstream, having to brace himself against the power coming from unimaginable miles away. His father held him and he kicked out into the current. He moved his arms and his legs as his father braced himself.

As Martin kicked his father gave directions to the girls. He was enjoying himself but, too quickly, his father said, “Are you ready to try it on your own now?”

Martin lifted his head above the water.

He felt his father’s hands relax as he kicked out and then he was away, swimming for real. It was almost like the pond but the current was making him go faster. For a moment he felt panic but then realised that he was in control. A great feeling of exultation came over him and the water felt warm and exciting.

When he got tired he put his feet back down into the mud and looked back. He was amazed at the distance he had covered.

Coming back against the current was not nearly as much fun and he had to stop several times to get his breath back.

So the afternoon progressed. Martin did short stretches along the river while the girls swam under Mr Evans’s supervision. After a while Martin was aware that his father had got out of the river and was watching them draped in a towel. When he looked again he saw that his father was gazing into space. Martin knew that look: his father’s do-not-disturb-sermon-writing face.

Katherine had got tired and had also climbed out and had disappeared, probably getting dressed, but Miriam was still swimming. Either she was not looking where she was going or was being foolhardy because she was heading for the middle of the river and deep water.

Martin was most concerned that his father was being disobeyed so he did not shout out and alert his father. Instead he swam towards Miriam in order to bring her back. He had only gone a few strokes when he realised the folly of this action. The river was even stronger here and was carrying him away. He tried to put his feet down but could not find the bottom. Panicking, his head slipped below the water. Everything was dark for a second and then he struggled to the surface, taking in mouthfuls of water as he gasped for breath.

Suddenly he felt something grab him. He kicked out but then saw it was his father. He held Miriam in one hand and took hold of Martin with the other and fought back towards the riverbank.

The water smelled of decay. He grasped a rock near the water’s edge. He still had enough sense to keep his head out of the water as he struggled to regain his breath and realise that he was still alive.

When he looked up he saw Katherine and Miriam dragging something onto the shore. It took some time to realise that it was his father. Miriam started screaming and Katherine was furiously rubbing at the body as if that would make it move. He tried to drag himself towards them but his legs felt like lead.

Katherine turned to him. “Fetch help!” she shouted.

Martin climbed up the riverbank. Forcing himself up through the mud, every step slipping, it seemed to take forever. He looked at the deserted water meadows and then he started running back along the way he had come.

He did not know how long he ran. He just knew that he did not want to stop and have to think. After some time he met the village policeman on his bike. Fortunately the policeman was quick on the uptake because, by this time, Martin had no words in his body. Yet a boy in a soaking bathing costume, distressed and running from the river, could only mean one thing.

By the time Martin limped back to the riverbank the policemen was trying resuscitation. Miriam had stopped screaming and she and Katherine were standing watching, some distance from each other.

No one knew that the Rev. Harry St Helier Evans had a weak heart. He had not told anybody. Of course, everyone blamed Martin, though no one said anything aloud. Martin had the decency never to say that it was not he who had been behaving badly. He had been trying to enforce his father’s orders and it was really Miriam who was at fault.

Over the years to come Martin found that it was early January that he came to fear most. That was the time that the Book of Common Prayer ordained that the story of Noah and the Flood should be read. For the first few years it caught him by surprise. Having battled through Christmas and thinking he had got through it, only to be confronted with this tale of how God had been so angry that he had destroyed most of humanity by drowning. Really Martin thought that Noah had not had such a bad time of it. At least he had come out of his flood with all his family intact.

August was surprisingly easy to get through. In fact he almost looked forward to his annual walk on the 5th August to the spot on the river where there was now a metal cross with his father’s initials upon it. There he would tell his father the good things that he had done in the year; things that would make his father proud.

Martin Evans died an old man. People said he lived a good life and was irreplaceable in the community. Those few who knew his story also realised why he walked slowly, with his back bent, as if he carried an unseen burden.

David Phelps asserts the moral right to be identified as the author of this work.