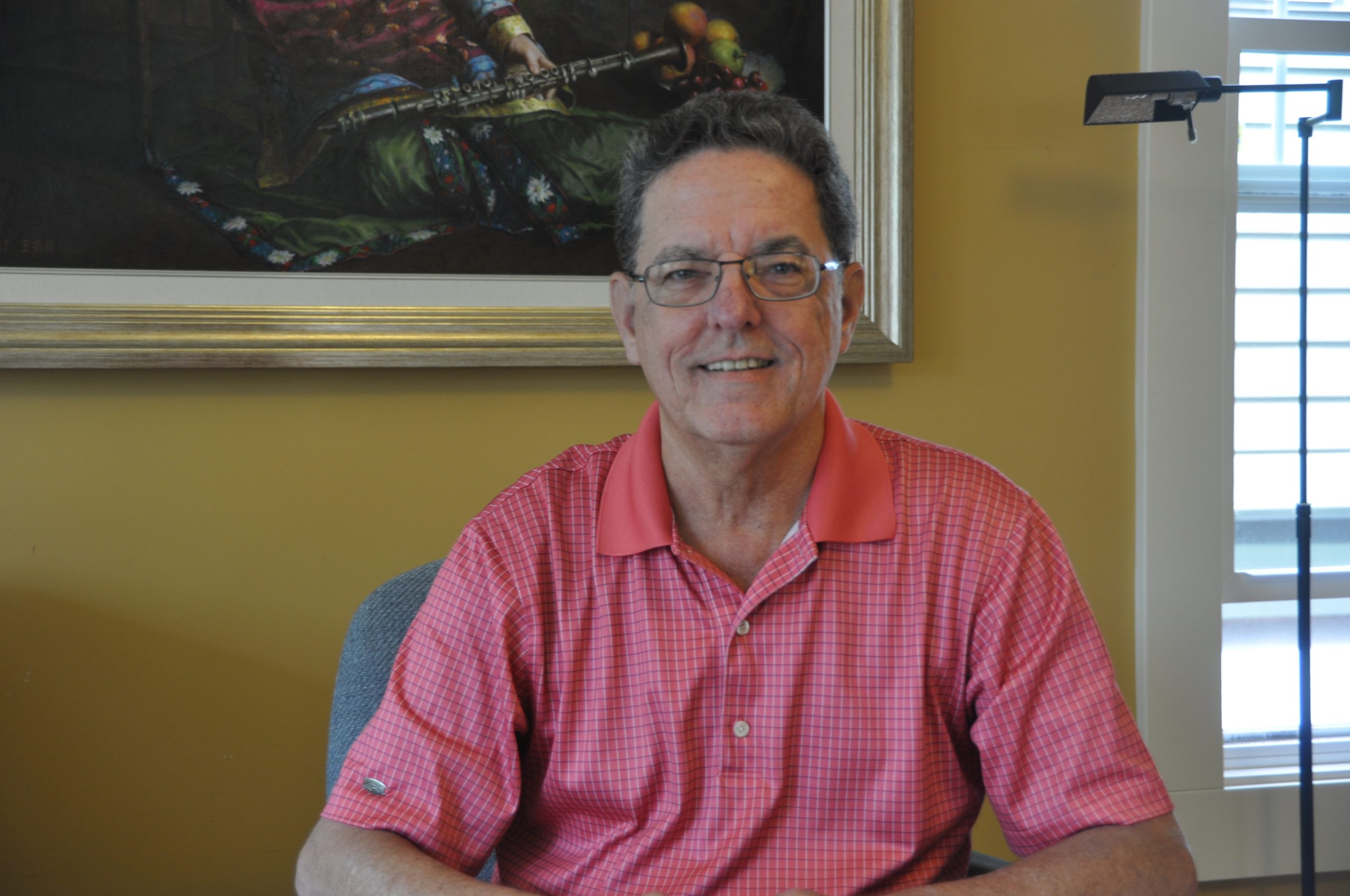 Paul Petruccelli is a retired corporate lawyer who lives and writes in Portland, Oregon, USA.

Paul Petruccelli is a retired corporate lawyer who lives and writes in Portland, Oregon, USA. 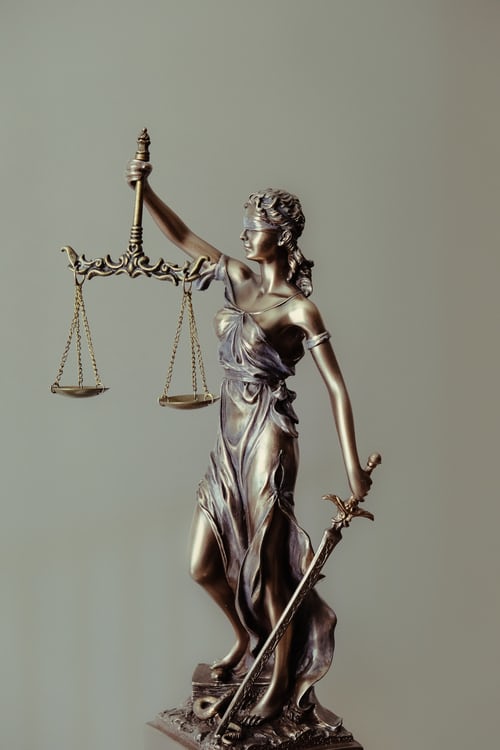 I stared at the sheet of paper on my desk for what seemed like a very long time.

Shit, I thought. Now what?

I got up and wandered over to look out the window. It was nearly dusk; unidentifiable figures on the plaza eleven stories below me moved briskly toward the exit and the company’s parking lot. In the wing across from mine, two floors down, that dark-haired young woman in HR was still at her desk. I wondered again what her name was, and whether I might soon find myself in her office, explaining why the company’s Legal Department should continue to employ me.

I sat down in one of the easy chairs generally reserved for my clients – mostly the company’s Marketing guys, sometimes the R&D guys. More often than not, people who sat in this chair were treated to a mini-lecture from me about complying with the law, our responsibilities as good corporate citizens, that sort of thing. Sitting in the client seat, I took in the diplomas on the facing wall, next to a couple of commemorative plaques from the three years I’d spent at the company so far. On the corner of the desk sat a crystal obelisk I’d received in my last year at the Bureau of Consumer Fraud in Washington, DC. “For distinguished service to the American public” was etched just beneath my name. It probably wasn’t lost on clients that the agency award, rather than one from the company, held pride of place in my office.

I went back around and plopped in my own chair. The desk was littered with small stacks of documents, each pile responsive to a different request the company had received from the BCF a few weeks back. Some reflected the company’s corporate structure or described our product lines, but most were focused on one of our breakfast cereal products and the ads we had run for it. Among other things, one of our ads had said the pomegranate in the cereal could “help maintain healthy brain function.” The Bureau took a dim view of that claim. In fact, I’d been alerted to the government’s skepticism by a friend of mine who still worked there. This friend – I won’t give you her real name, let’s just call her Sylvia – she’d whispered in my ear at an industry conference that maybe the agency might be wondering more than a little bit about that claim, which led me to get on the phone not fifteen minutes later and tell the brand manager to yank the ad and rework it to eliminate the claim. I remembered leaning over and nudging Sylvia in the side. “Thanks. I owe ya one.” So casual. Just a couple of friends, doing what friends do.

I also told Marketing, when I got back to my office the next day, to do a bit of CYA market research – something that would create a little record to the effect that that particular claim was not believed or acted on by consumers. I didn’t really think the Bureau was going to come after us over the ad. But if they did, I wanted to be able to argue that since the claim hadn’t influenced anybody, it wasn’t worth their time to pursue it. In any event, thanks to Sylvia’s tip, I’d be in a position to argue that we’d ceased making the claim before we ever received any inquiry about it from the Feds.

Nearly a year passed before the letter from the Bureau arrived. Honestly, I’d almost forgotten about the whole thing. This was the way it always went. The agency was forever sending out subpoenas months, sometimes even years, after a company had abandoned the claim the agency was investigating. Still, there was no way to avoid responding. I’d alerted the Marketing guys about the inquiry, instructed them to hold all documents, emails and the like until further notice, and begun the process of collecting every shred of paper and every electronic record that could be relevant to the investigation. The Marketing guys just loved it when Legal brought them crap like this. Marketing’s view was, hey, we’re the ones who make the money, so how ‘bout if you lawyers stop bugging us with this penny-ante bullshit and just make it go away, so we can get back to making the money. It was a tiresome attitude to deal with. But it wasn’t entirely unfair.

And that’s how I found myself sitting around at 7pm on a Thursday evening in May, surveying the stacks of paper on my desk and contemplating the possible destruction of evidence that had been subpoenaed by an agency of the United States government. I picked up the sheet of paper and read it again. God knows why. It’s not like it was going to say something different this time.

The document was a handwritten note some junior Marketing guy (let’s call him Ted) had stuck in his file, and it recounted a telephone conversation he’d had with me. The note said a couple of troubling things. For starters, it said I’d told the Marketing guys to abandon the pomegranate claim and to develop the evidence showing it hadn’t been believed by consumers. That part might be a little embarrassing when my former colleagues in the government read it. By itself, though, it wasn’t all that terrible. But then the note recounted my conversation with Sylvia, identifying her by name. That single sheet of paper, not more than a few terse sentences long, had the potential to bring my career, and that of maybe my closest friend at the Bureau, to a crashing halt.

I got up again and began pacing around the office. I’d been through every document the Marketing guys had collected for me. I’d pored over every email that had zipped back and forth between the dozen or so people involved in our advertising campaign. I’d even gotten a sneak peek at our ad agency’s files, to make sure there wasn’t anything in there that might trip us up. Everything that was conceivably responsive to the agency’s subpoena was on my desk. And it all came down to that one fucking piece of paper.

The burning question of the day was: What now? If I chose door number one, I’d package up all the materials and ship them off to the Bureau. This was very clearly what the law required. So I’d have the moral satisfaction of knowing I’d done the right thing. But I’d also be ratting out Sylvia, who would almost certainly be fired for tipping me off. I’d known Sylvia for more than 15 years; hell, we’d shared an office for four of those years. When I was a baby lawyer fresh out of school, she’d shown me the ropes, no doubt preventing me from making a hundred embarrassing mistakes. I knew her kids, her ex, even her current love interest. She was still one of my closest friends at the agency. The thought of throwing her under the bus was utterly abhorrent. I couldn’t believe I was even thinking the thought.

Of course, I could always pick door number two. That would mean shredding the Marketing guy’s note and hoping for the best. But I knew the law as well as anybody. Under 18 USC Section 1001, anyone who “falsifies, conceals, or covers up” a material fact in a government investigation commits a felony. Punishable by up to five years in prison, thank you very much. If the agency somehow learned of the existence of the document, and of my failure to submit it to them, I could go to jail. What if there was a copy somewhere and it turned up later? Or what if Ted was interviewed by the Bureau and mentioned the earlier conversation with me? He’d been a junior guy, and he didn’t work for us anymore. So there was a decent chance the Bureau guys wouldn’t bother contacting him. But if they did, or if a copy of the document somehow turned up, I’d be toast. And oh, by the way, my friend Sylvia? She’d still be fired.

According to Bertrand Russell, “Life is nothing but a competition to be the criminal rather than the victim.” Frankly, I didn’t want to be either. I’d spent years in the government developing a reputation as a by-the-book law enforcement official. And I’d followed that with several more years lecturing my clients at the company never to cut corners, not to shade the truth, always to make the decision that was legally and ethically right.

Good God, jail? I’m not even sure you could survive jail. You’d be everybody’s favorite little toy.

I didn’t want to think these thoughts. More than anything, I wanted to talk to someone. But who? I certainly couldn’t discuss it with Sylvia; even if she could be objective about it, I couldn’t imagine suggesting to her that I might be about to wreck her career, and then asking, “Gee, how’s that sound to you?” She was a single mom, with two daughters to feed and clothe and get through college someday. How do you do that to somebody you care about? Someone who’s only in this situation because she wanted to help you out?

There wasn’t anybody else I could talk to, either. Not my boss, who would be appalled to learn not only what I’d done, but that I was actually contemplating lying to the government on behalf of the company. He would fire me on the spot. I couldn’t talk to my wife about it. Sure, she’d understand how it had happened, how I’d ended up having the conversation with Sylvia. But she’d be totally freaked about the possibility, however remote it might be, that I could land in jail. For sure she’d end up telling someone else – her mother, maybe her brother, or some friend. That would ratchet up the risk exponentially.

And what good would talking to anybody do, anyway? This wasn’t my first rodeo. Every client who found himself caught between a rock and some very hard place got the same advice from me: “You have to do the right thing.” But the right thing for whom? For me? Sylvia? The company? My customary advice for clients, delivered with such studied gravitas, sounded pathetically naïve.

You are so screwed, pal.

I closed my eyes and gently massaged my temples with my fingertips. I tried to imagine Sylvia years from now, at a backyard barbecue at my place, both daughters already out of school, busy with careers and lives. I held the image in my head for maybe ten seconds, my hand hovering over the shredder.

Paul Petruccelli asserts the moral right to be identified as the author of this work.