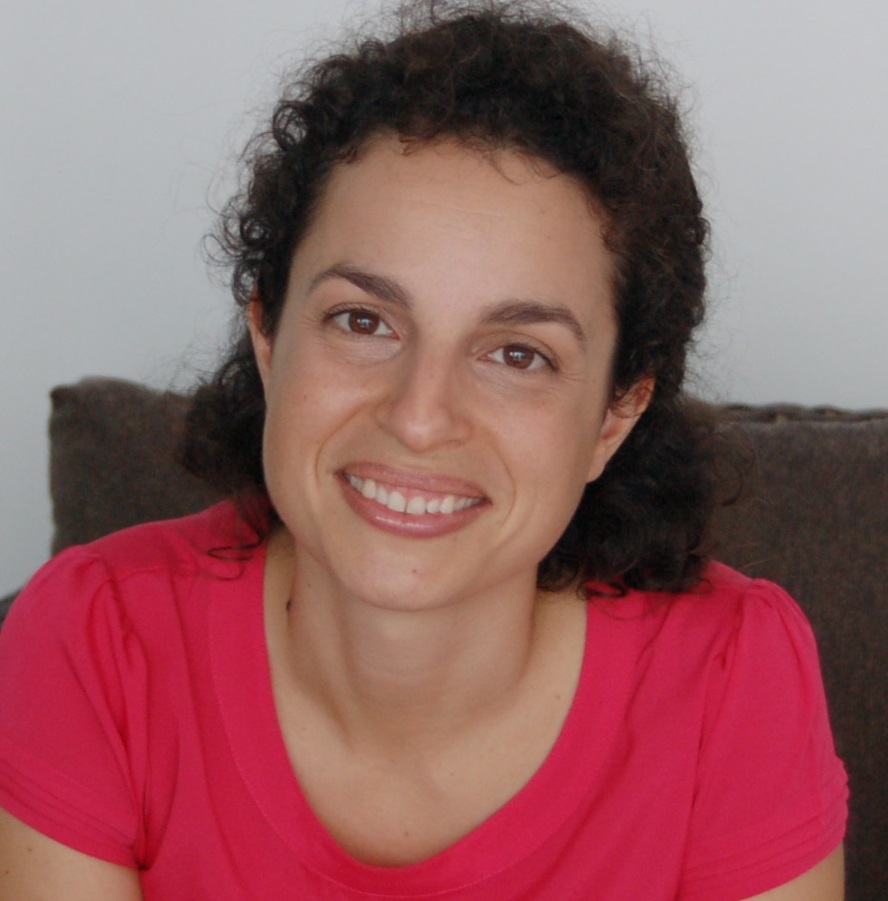 Born and brought up on the Italian island of Sicily, Stefania has lived in the UK, Germany and Hong Kong. Now in Singapore with her English husband and their three children, she writes scientific articles and fiction for children and adults. Her website is: www.stefaniahartley.com

Born and brought up on the Italian island of Sicily, Stefania has lived in the UK, Germany and Hong Kong. Now in Singapore with her English husband and their three children, she writes scientific articles and fiction for children and adults. Her website is: www.stefaniahartley.com

I wasn’t the right girl for him.

She said it as soon as she found out about us, and she never stopped since. Even after we signed the big leather book in the church – the same one I’m in now – and Father Justin put the parish’s stamp on it. “Let not man separate what God has joined together,” says the Bible. But she didn’t care.

Giuseppina. I never called her “Mum” or even “Mother”.

“She’s not from the right family / She doesn’t live in the right part of town / For goodness’ sake, she’s the daughter of a greengrocer / She’s too young / Taller than you / Too big / Ugly / Too pretty / Stupid / Too clever…” Giuseppina would say to Calogero, whether I was within earshot or not. Now, forty years later, bucket-loads of witty replies have formed in my head. But, back then, I wouldn’t have dreamt of talking back to my mother-in-law-to-be. It was not the way things were done in Sicily. So I would look the other way and pretend I hadn’t heard.

Have I got time for a quick cigarette? Maybe not.

Calogero’s Dad was never unpleasant towards me but he wasn’t one to contradict his wife – he knew only too well that she could make his life hell, if she wanted to – so he never stuck up for me. At least, not that I know of. At the beginning, it must have been a couple of times at most, Calogero argued in my defence. Her lips twitched like those of a jumpy horse, she stared at him over the golden rim of her glasses – Was there any brain in his head? –, then carried on talking, ignoring him as you ignore a madman. He didn’t do it again.

Still, she didn’t manage to stop him seeing me. We just did it in secret. Mind you, I was not a girl to be given up easily. Raven-black hair, strong cheekbones and a ninety-seven, sixty-one, ninety-seven body – like Sophia Lauren. Too good for him, that’s the truth. “The most beautiful girl in Palermo,” my Dad used to say. Bless his soul.

Calogero, he knew how to talk to a woman. He played the classic guitar, wore English Leather Cologne and had a moustache like Jimi Hendrix. And I fell in love, head-over…hills in love. Of course, I was also charmed by the bunches of red roses – never fewer than a dozen – and I was impressed by his fast cars and motorbikes. When he picked me up in his Alfa Romeo and we drove to the beach with the hood off, I felt like Grace Kelly, driving along with Cary Grant.

But I certainly wasn’t in it “for the money”, as Giuseppina would have it.

I’d love to go outside for a cigarette right now.

Better not: the hearse will be here any moment.

Is there a patron saint of smokers among the marble statues who are staring at me under their petrified drapes? Had cigarettes existed in their times, would the good and holy have smoked?

Giuseppina never frowned on my nicotine addiction – she would have, if she hadn’t smoked just as much. But she was able to articulate the most inventive and convincing arguments to blame me for everything else – from my children’s flat feet to Calogero’s constipation. No wonder I have developed the habit of feeling guilty all the time, even though I wouldn’t be able to tell you exactly what for.

Ah! I can’t wait to hear Father Justin doing her eulogy. What good can he possibly say about her? And I certainly can’t wait to see her coffin locked up in the family mausoleum. If she’ll wake up – it does happen: I heard on the news that a ‘dead’ man burst out of his coffin at his funeral and assaulted the priest, and she is the sort of person who would do things like that – she won’t be able to get out, because there is no door handle on the inside of the mausoleum. This is another good reason for me not to want to be buried there. But most of all, I cringe at the thought of lying next to her for all eternity.

I reckon that she would like me buried next to her: putting me down always made her feel bigger. This morning Calogero said to me: “Deep down, she loved you.” That’s not true: she needed me to feel better about herself.

Anyway, what does a man who has cheated on his wife know about love? Of course, he doesn’t see it like that: for him, the English Leather Cologne has washed the sin off his skin. All forgiven and forgotten. That’s how he can sit, immaculate hairdo and impeccable black suit – not a speckle of dandruff – on the first pew of the church, surrounded by his wife and children. Actually, Vincenzo is missing, but he’ll be here soon.

When Giuseppina got to know about Calogero’s scappatella (“just a fling, a bit of fun”) – of course she did, he always told her everything –, she said to me: “A wife must keep her husband happy, otherwise he goes elsewhere.” Calogero always falls on his feet – or in his mummy’s arms, for that matter. I, instead, fall on my face.

I’m dying for a cigarette.

I never cheated on him. Yes, it’s true that every time I buy groceries in Tonino’s store, I wonder what my life would have been like if I hadn’t turned him down. Instead of Lia, it would be me be sitting at the till, surrounded by glittering packages of delicacies. And Tonino’s mum – a woman as good as bread – would be my mother-in-law. But then, I remind myself that my children would not have existed. In fact, I would have no children at all, because Tonino and Lia can’t have children and people say that the problem is his.

Calogero and I never had trouble having children. In fact, Vincenzo was born so soon after we got married that everybody thought he was the fruit of our fuitina, the time we ran away together. We were not the sort of people to do things like that, but it was the only way to force Giuseppina to agree to our marriage. It was only one night, and we spent the night hiding in the Alfa – roof up –, trembling like children who have stolen the cake. Lying on the reclined seat, we held each other’s clammy hands and pretended to sleep when, in fact, we were listening to the sound of police sirens, thinking they were coming for us. But of course they weren’t.

“You little scoundrel! An opportunistic social climber, that’s what you are!” said Giuseppina, spit flying out of her furious lips, when she saw me next.

Still, I was very happy when we got married. I thought that things would be different if I was Calogero’s wife, that I would get more respect.

When Vincenzo was born, Giuseppina made roots in our home, telling me what to do and not to do with her grandchild. The same with the second, and the third, and the fourth. As if I was still that eighteen-year old girl who didn’t know anything. That was when I started smoking.

Where is Vincenzo now? He wouldn’t miss his beloved grandmother’s funeral.

“Did Vincenzo say he was coming?” I ask Calogero.

“He’s twenty-nine years old. Stop fretting. He’ll arrive when he arrives,” Calogero says. He always says that I fret over Vincenzo, but it’s not true. Yes, sometimes I ask him if he’s thinking of settling down, of having a family, but that’s not ‘fretting’. I know that he’s had a few girlfriends, but not one of them has been introduced to us! I don’t understand why. He has nothing to fear from me: I will welcome my daughter-in-law like a flesh-and-blood daughter. I will treat her the way Giuseppina never treated me.

This church is giving me a headache. I hate these larger-than-life putti angels, their turgid arms jetting out of the walls as if to grab me. The dried relics of the Saints which pepper the walls of the side chapels remind me of death rather than holiness.

“Look how you’ve scrunched up the Mass booklet. Go and have a cigarette,” says Calogero. I grab my bag and beat a vivace tempo on the stone floor to escape the cacophony of stucco and green marble.

On the top step, I push a breath of fresh air all the way down to my gut, before pulling a cigarette out of my bag. Still no sign of the hearse, nor of Vincenzo, I should have time for a quick one. Behind me, the baroque façade of the church, corpulent and loud. In front of me, the stern front of the town hall. In between, the piazza, trodden by centuries of wandering feet.

I hope everything’s OK. With so many car accidents one hears about…

There he is, I can see his Punto. Good boy.

Or maybe that’s not his car: there’s somebody in the passenger’s seat. Where are my glasses when I need them?

The driver is waving at me. That is definitely Vincenzo.

But he’s not alone. He’s with a girl. He kisses her. Well, now we know that she’s not just a friend. What a time to introduce a girlfriend to us!

Great, I’ve found my glasses – Oh no. I really don’t like the look of her.

God, I need another cigarette.