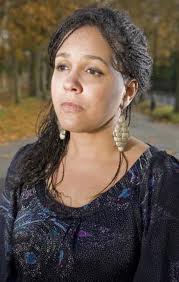 Louisa Adjoa Parker is a poet, black history and fiction writer of Ghanaian and English heritage. She has lived in the West Country for most of her life. Her poetry collection, Salt-sweat and Tears was published in 2007 by Cinnamon Press. She has written several books for Heritage Lottery-funded projects, including Dorset's Hidden Histories and 1944 We Were Here: African American GIs in Dorset. Her poetry has been published in a range of magazines, anthologies and blogs including The Forward Book of Poetry 2008, Wasafiri, Envoi, Ouroboros, Underground Poetry, Peony Moon, and Out of Bounds: British Black and Asian Poets. Her poem Yellow Sheets was short-listed by the Bridport Prize. She has recently started writing short stories, a few of which have been anthologised. She has recently completed her first novel, Letting the Light in, which was long-listed by the Mslexia Novel Competition and received a grant for time to write from the Society of Authors. Website: louisaadjoaparker.com Photo by Martin Coyne

Louisa Adjoa Parker is a poet, black history and fiction writer of Ghanaian and English heritage. She has lived in the West Country for most of her life. Her poetry collection, Salt-sweat and Tears was published in 2007 by Cinnamon Press. She has written several books for Heritage Lottery-funded projects, including Dorset's Hidden Histories and 1944 We Were Here: African American GIs in Dorset. Her poetry has been published in a range of magazines, anthologies and blogs including The Forward Book of Poetry 2008, Wasafiri, Envoi, Ouroboros, Underground Poetry, Peony Moon, and Out of Bounds: British Black and Asian Poets. Her poem Yellow Sheets was short-listed by the Bridport Prize. She has recently started writing short stories, a few of which have been anthologised. She has recently completed her first novel, Letting the Light in, which was long-listed by the Mslexia Novel Competition and received a grant for time to write from the Society of Authors. Website: louisaadjoaparker.com Photo by Martin Coyne 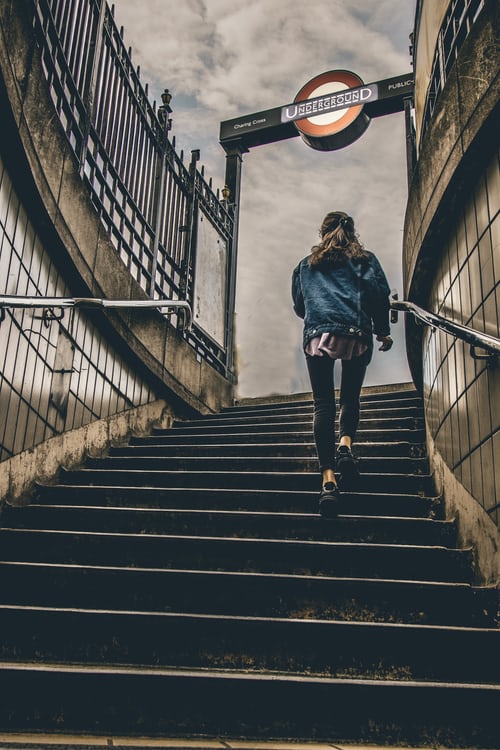 We are standing outside a KFC in the city centre. The smell of hot grease and cooking meat makes me wrinkle my nose. I am trying to say goodbye to my daughter but I don’t know how to. I’m stalling for time, will say anything to keep her here, to delay the moment when we have to part. It will be like pulling a plaster off my skin, but I want to make it slow, not quick. We are the same height, same build. Both wearing parkas. In the half-dark of this city street someone might mistake us for friends.

‘Are you sure you have enough money for food?’ I ask the girl, even though I have given her twenty quid and some food. And the benefits should come through soon enough.

‘Yes, Mum, I’m fine,’ she says, rolling her eyes, impatient to slip into her new, adult life, try it for size.

Through the window of the chicken shop I can see families wedged around plastic tables, their hands dipping into huge cardboard buckets of fried food. Their grey faces exposed by the harsh strip lighting; stripped down to the finest detail. Their fat bellies like swelling dough. Dressed in sportswear, although it seems unlikely they will get up and break into an impromptu jog. They don’t look happy, even though this is their Friday night out, their celebration that the week has come to an end. The kids who serve the food behind the counter have greasy, spotty skin and look worn out.

Normally, I would worry about my daughter eating this food. Now I am grateful that she eats anything. Now, I worry about new things: rape, murder, drinks being spiked, overdoses, knives, guns, even. All the sort of thing that can happen anywhere, even in the countryside. But in the city these dangers are ever-present, bigger, brighter, super-sized. Written in black marker pen on boards outside shops.

I am still trying to say goodbye. I want to find the right words, to mark the fact that my daughter is no longer mine. It feels huge, this letting go, this losing of my child. She is only sixteen. It’s too young.

‘So, you’re sure you’ll be OK?’ My face is pulled into its usual, wrinkled frown.
‘Mum, I’m fine. Stop worrying about me. I can look after myself you know.’ She flicks chocolate-brown, straightened hair out of her eyes.

I look at my daughter, remembering the little girl she used to be, fat-cheeked, white-blonde hair curling around her head like an angel, blue, blue eyes. She had changed overnight, it seemed. One minute a shy, geeky child who worked hard at school and never gave me any trouble. The next a wild-eyed teenager, out of control, balancing one-footed on a precipice in a strong wind. It had been the cigarettes first, then coming home drunk. Before she was even thirteen. Then came the men. The girl had been dressing up one night, long curvy legs in patterned tights. A short skirt. Too-thick make-up. A fuck-you look in her black-lined eyes.
‘I’m meeting a friend,’ she kept saying, ‘and you can’t stop me. I’ve made plans.’
The friend had turned out to be a man in his twenties who she’d only just met. He was going to pick her up in his car. I took my daughter’s phone while she was in the toilet, read her messages then rang the man.

‘My daughter is only thirteen,’ I told him, hands shaking, too-fast heart in my chest, ‘did you know that? Thirteen.’

‘She told me she was sixteen,’ he said, disappointment thickening his voice.

‘Well, she isn’t. She lied. So you keep the fuck away from her or I’ll go the police.’
The girl had gone crazy after that.

‘You had no right! How dare you?’ she had screamed, slapping me hard across the face. It was such a shock, being struck. I didn’t even react. I just stood there, stroking my face to try and take the pain away. Later, when I’d try and think about this, the moment of impact was a blank. My mind wiped it out – I just can’t remember the sensation of skin and bone colliding with skin and bone. I didn’t manage to stop the men though. Men are like dogs. But it was too late to do anything about that now, other than hope the girl wouldn’t fall pregnant or catch anything.

A few shops down from us a thin girl is huddled in the doorway, sleeping bag over her feet, the hood of her jacket pulled down low over her face. I don’t want to look, but can’t take my eyes away. What if that happens to my daughter? Where is the homeless girl’s mother? Does she lie awake at night, heart racing, images of her daughter’s body dancing in her mind like a grotesque doll? I walk over to the girl, hand her a five pound note. She takes it without looking up, says, God bless you.

My daughter is embarrassed, getting impatient. She starts shuffling her feet.
‘I’d better get going,’ she says. ‘Thanks for helping me move’ She is trying to be polite, I can tell, as if she is with a stranger, as if someone is telling her to remember her manners.
‘You’re welcome, darling,’ I say, thinking of my daughter’s new home. A room, a bed, a wardrobe. Cheap green institutional carpet with cigarette burns making a pattern next to the bed. Dirty white walls like a pockmarked face. The sounds of young girls shouting, loud music, doors slamming. It is supported housing, I have to keep telling myself, not a women’s prison. But my daughter isn’t like the other girls.

We’d both agreed it was best if she left home. I wasn’t chucking the girl out. I remember watching a TV programme years ago, where a mother put her fourteen year-old boy into care because he was behaving so badly. ‘I’ve got no choice,’ she’d explained, ‘it’s not fair on the little ones, you see. It’s ruining their lives.’ At the time, I’d thought, How could she? Now, I completely understand. The girl is like an icy gale, blowing through our family’s home, knocking things over. And I have to go around picking them up. There’d been drugs brought into our home recently – not just a bit of weed, but speed, lots of it. The other children could have found it.

‘Look, Mum, you can stand here all night if you want to but I’m going to get something to eat. Do you want anything?’

I shake my head. I couldn’t eat, and if I could, wouldn’t want fried chicken anyway. The girl goes into the shop, huge gold hoop earrings swinging, hips swaying. Two men in dirty jogging bottoms queuing for food look her up and down. I clench my fists by my side; resist the temptation to run in there and punch their leering faces. The girl comes out a few minutes later with a greasy paper bag.

‘OK, I’m off now. See you soon.’ She is casual, airy. It’s just another night to her. She’ll go to her new home, put the telly on. Her heart isn’t being torn apart, the way meat is pulled into strips before it’s eaten. I reach out and hug my daughter, who stays stiff, a shop’s dummy in my arms.
‘Ring me if there’s any problem, won’t you? Any problem at all.’

‘Whatever.’ The girl is laughing, walking away from me. I want to scream and pull her back. This is it; this is the moment my daughter walks alone into a future I have no control over. It’s up to the girl now – she can choose to stop drinking, work hard at College, care about herself. Or she can choose the other path, the way she seems to be going. The path that leads to becoming nothing more than a lost shadow, until you slip to an early death like her father had done. I cannot move; am welded to the litter-strewn pavement. I watch her walk away, hot tears sliding down my cheeks. A scream trapped in my throat. I have given my daughter to this dark beast of a city with its glittering lights, and I pray it doesn’t swallow her.