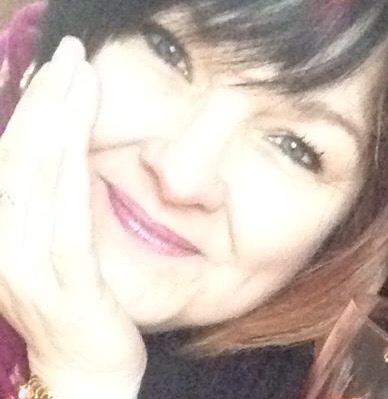 Sally Cope is a teacher and safeguarding officer based in Gloucester, currently working as part of the ‘Alternative Curriculum’, providing education for teenagers excluded from mainstream schools. She has also been involved in voluntary anti-bullying work and promotion for charities. She has always enjoyed writing fiction, focusing on the unusual and sometimes dark side of life. Sally has five children and three grandsons. Following a family tragedy in 2008, she attended an art therapy course at her doctor’s surgery and was encouraged to express her thoughts and feelings in poetry, short stories and flash fiction. This encouraged her to join a local writing group, GlosInk, which takes part in small festivals and showcase events in Gloucestershire and has produced some leaflet-type collections of the group’s work. As well as writing, Sally enjoys reading, theatre, watching football, and experimental cooking.

Sally Cope is a teacher and safeguarding officer based in Gloucester, currently working as part of the ‘Alternative Curriculum’, providing education for teenagers excluded from mainstream schools. She has also been involved in voluntary anti-bullying work and promotion for charities. She has always enjoyed writing fiction, focusing on the unusual and sometimes dark side of life. Sally has five children and three grandsons. Following a family tragedy in 2008, she attended an art therapy course at her doctor’s surgery and was encouraged to express her thoughts and feelings in poetry, short stories and flash fiction. This encouraged her to join a local writing group, GlosInk, which takes part in small festivals and showcase events in Gloucestershire and has produced some leaflet-type collections of the group’s work. As well as writing, Sally enjoys reading, theatre, watching football, and experimental cooking. 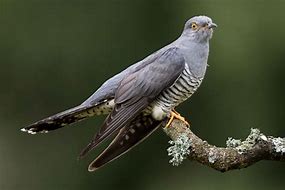 The pink hat of dawn lifted slowly, heralding the beginning of the day. The birds in the dense woodland shook off night’s dark cloak and began their different refrains, building to a crescendo that echoed throughout the knotted branches swaying in the breeze.

He hoped spring meant new beginnings, a long, hot summer ahead, days in the garden of their house at the edge of the leafy copse, evenings spent with friends and a glass of wine. It was the end of a harsh winter; jumpers and boots, unkind words and recriminations relegated to the back of cupboards. He lay in bed, one arm over his wife, watching the rise and fall of her chest, listening to the first call of the harbinger of spring; the characteristic ‘cuc-koo, cuc-koo’ very different to the other birdsong.
She opened her eyes and stretched, yawning, as she uncurled his fingers and slipped out from his grasp, red painted toenails peeking from under the sheets. He kissed her gently, stroking the fair hair, cascading across the pillow like feathers. Just for a moment, he was sure she flinched as he touched her.

He first noticed the robins that morning, sitting on the moss covered fence at the bottom of the garden; the male with matchstick twigs in his beak, the distinctive crimson of his chest bobbing up and down, surveying the dewy grass edged with the first buds of autumn-planted bulbs. His mate, a dappled, tawny, slightly smaller bird perched by his side, head cocked.

He watched, before setting off to work, as the robins flew tentatively to the clematis which grew around the door of the house supported by weathered wooden lattice; its purple streaked flowers weaved haphazardly up the walls every spring and summer. There was a rustling; dead leaves fluttered to the ground as the birds foraged through the stems of new pale growth.

As the days became longer, and the first rays of sun heated the ground, he spent hours in the garden. He planted herbs, and their sweet smell often permeated the evening air. He mowed the grass and took pleasure as scarlet, blowsy tulips, sentry straight yellow daffodils and sun-bright forsythia overtook the winding borders and grey slate stepping stones. He often asked his wife to join him. She always refused with a swift shake of the head. He looked up at her profile, as she sat in the kitchen, the jut of her stubborn chin and expression of resignation framed by the Jenny Wren curtains gathered at the corners of the arched window.

He felt protective towards the robins as they made their nest, flying backwards and forwards from the woodland, picking up sticks and leaves. He marvelled at the strength of their construction which was huddled at the back of the clematis, one side wedged against the wall of the house and the rest reliant on the interwoven strands of the plant as it developed delicate shoots, then beautiful large mauve and amethyst flowers.

For a few days, the nest was quiet, then one Sunday morning he noticed activity; the male robin bustling in and out with long, slippery worms trailing from his beak and three alabaster, russet speckled eggs; the female gently settled top of them.

He did not talk to his wife about the eggs. He felt her withdrawing from him every day; evenings were long and silent, filled with exasperated sighs whenever he addressed her. However, traces of her physical presence were everywhere; books on the side of armchairs, her favourite coffee cup with the swooping eagles around the chipped handle, lipstick-stained wine glasses and shoes scuffed and randomly kicked off in the hallway. He was losing her and he did not know how to bring her back.

When he was in the garden, he was vigilant, ever watchful. He planted thorny bushes around the clematis to protect the robins from a cat which had suddenly appeared; marmalade stripes, fur smooth over taut sinews, slinking slowly and purposefully through the borders, amber eyes waiting for any movement from behind the heavy foliage of the clematis. Yet, he failed to notice the sleek, blue-grey bird with the long tail, sitting at the top of the oak tree, resting after the long journey from the plains of Africa. He did not see the browner female perching, motionless on a branch of the pink, frothy-flowered magnolia tree at the far end of the meandering path.

The early days of the month were beautiful, unseasonably warm and balmy; there was talk of a heat wave. He got out of bed as the familiar “cuc-koo” woke him. Even when asleep, his wife seemed to be accusing, her sharp-boned shoulder blades reproaching him from beneath the sheets.

He went to work. The leaves of the clematis were so thick it was hard to see the nest, but he heard the robins as they moved, the thin dry twigs cracking in the early stillness.

He returned home at lunchtime, unexpectedly. As he walked up the path towards the house he felt something was different, inexplicably wrong. He looked around the garden; it seemed the same; the red geraniums he had just planted were on the window sill, the rusting watering can stood on the wrought iron bench and the ginger cat was stretched out lazily on the grass, basking in the afternoon sun.

He opened the door and walked quietly down the hallway, polished floorboards soundless under his feet. As he walked up the narrow staircase he heard voices, hushed, echoing from the bedroom. He felt his heart beating and beads of salt-sweat on his upper lip. The door was ajar. He saw his wife lying on the bed, arms around a man, nails clawing at his back as they kissed.

He backed away, could not believe what he had seen, the images rushed through his head as the unmistakable sounds from the bedroom grew louder, more intense. He felt nauseous and as he ran down the stairs all he could hear were the rhythmic, quickening creaks of his bed.
He left the house and leant against the cold surface of the front door, polished brass peacock- shaped knocker pressing into his back.

He was overwhelmed by the insidious silence in the garden. He looked at the clematis, his eyes suddenly drawn towards the ground and the barbed bushes planted last month. There on the floor were two tiny hairless chicks, eyes closed, necks twisted and broken, surrounded by shards of eggshell and sticky, translucent albumen turned pink by traces of blood.

With trembling hands he parted the branches; thickened gnarled strands and waxy leaves gave way to reveal the nest. He gasped at the massive black-feathered cuckoo chick perched precariously on the twigs; head aslant, yellow eyes peering through the shadows, ravenous, waiting for its unsuspecting new parents to return; instinctive and murderous rampage complete.