The Social Pitfalls of Village Shopping 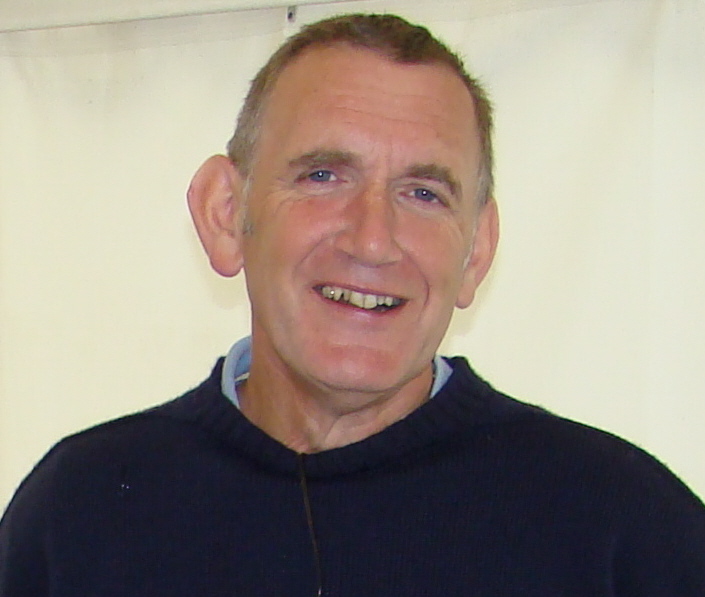 John Shortland changed his career from fashions to become Head Gardener to historic country estates via two years at the Chelsea Flower Show and working on a Channel 4 televsion garden makeover programme. Seven years ago he started his own garden design and maintenance business in the Cotswolds. Even more recently he has added the word ‘author’ to his CV with the publication of Why Can’t My Garden Look Like That? described by the Daily Mail as ‘a great gardening read’. Website: www.johnshortlandwriter.com

John Shortland changed his career from fashions to become Head Gardener to historic country estates via two years at the Chelsea Flower Show and working on a Channel 4 televsion garden makeover programme. Seven years ago he started his own garden design and maintenance business in the Cotswolds. Even more recently he has added the word ‘author’ to his CV with the publication of Why Can’t My Garden Look Like That? described by the Daily Mail as ‘a great gardening read’. Website: www.johnshortlandwriter.com 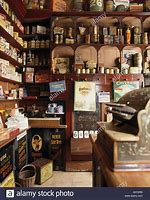 The row of terraced shops, if that isn’t too grand a description for the dilapidated timber and corrugated iron buildings, was almost the furthest point that, as children, we were allowed to go. Beyond wasn’t so much ‘no-man’s land’, more ‘poor man’s land’. It wasn’t that the shops were down-market or unclean, in fact, the inhabitants of the houses surrounding them were far from that – if anything, they were more well-scrubbed than we were. They just happened to be unfortunate enough to live at the ‘wrong’ end of the village. They lived close to the mill and – horror of horrors – had double deckers going past their doors. Our houses were more exclusive, more expensive; we had wheat fields and cherry orchards not factories, we had cars. Even more impressive, we had watercress beds. Impressive, until the swarms of mosquitos rose each evening from the water’s edge to feed on us. They had pavements and net curtains, we had neither. It was a classic case, as Jilly Cooper would say, of the ‘haves’ and the ‘have nets’.
Mr Nugget kept the last shop in the row. Set high on a bank above the road, it was necessary to climb up steep concrete steps to reach the door. The treads were so narrow that descending back to road level was perilous and, from time to time, there would be the unseemly and undignified spectacle of one of the ‘haves’ lying face down in front of an oncoming car. For some reason, the ‘have nets’ rarely fell. Perhaps they didn’t hold their heads so high.

It was at Mr Nugget’s that both sides of the village met, for this was neutral territory – it was the only place where you could buy coal and also, for some reason, dog biscuits. As a consequence, you were met with rather an odd combination of smells upon entering. Along the right wall were rows of open sacks of coal each with a label pinned above them: anthracite, coke and something that always puzzled me, black coal. Surely coal only came in black? But it didn’t stop there: there was shiny coal, dull coal, low ash coal, smokeless coal, coal granules and dry nuts, the latter crafted to be exact miniatures of the giant ones that fell from the tender of the local steam train – another place of neutral territory – that linked those ‘haves’ without cars to the outside world.

The left side of the shop was devoted to an equally complicated range of dog food. Open sacks lined this wall too. There were bone sized Bonios and mini bone Biscroks, and Shapes; so called, one assumes, because they came in different shapes. For general feeding there were biscuit coloured biscuits that smelt delicious but tasted disgusting, I discovered, after I pinched one and ate it when no-one was looking. Best of all there were the multi coloured ones. Full of dye, the lime greens, oranges, scarlets and yellows looked like sacks of jewels to my young eyes. And then there were the black ones. These troubled me, for surely dogs didn’t eat coal, I once asked. Charcoal for the wind, I was told, it stops them blowing. Confused, I decided that it must be another one of those mysterious ideas that adults had about wind, like our faces being fixed in place if the wind changed when poking our tongues out.

Two doors down, at the other end of the row, was the florist. Although it was a higher class establishment, Mother never bought flowers. ‘If we need flowers we can take them from the garden. No-one grows asters and delphiniums like your father.’ But he doesn’t even like me standing near them let alone pick them, I thought. There was a reason for me to enter, however, for just inside the door, hanging on the wall, was a wooden rack with pockets numbered one to fifty. This was the cigarette and tea card exchange, where we brought our duplicates to swap in the hope of completing the set. On the rare occasion that this was achieved how proudly we showed off our prize. More often than not, I would still have six Green Woodpeckers and be a Song Thrush short or have an urgent need for a Sterling Moss or a Roger Bannister.

I longed for Mother to buy some flowers. I loved the different scents and colours and patiently, Mrs Tate, a plump woman in her early thirties, named the plants for me. Freesias, single or double, the whites and yellows smelling the sweetest, gladioli, tea roses and, best of all, the giant Foxtail Lilies, their flower spikes two foot or more long. ‘Only the Gentry can afford them,’ she confided. Then, depending on the season, there were anemones, tightly bunched in reds, blues and whites, primroses, sweet violets and lily-of-the-valley. ‘Old ladies like those.’ ‘Oh, so are those your favourites then?’ I asked innocently.

Once a month we were sent to Ball & South, the poshest shop in the village. Strangely it was situated beyond the coal merchants. ‘It is surprising’, I heard Mother tell a friend, ‘that they remain at that end of the village but it is such a pretty building’. Known locally as our very own Fortnum & Mason, Ball & South sold every imaginable type of grocery. Despite this, all we ever bought were coloured sugar crystals which looked like the glass fragments found in my kaleidoscope. Our Sunday breakfast treat, they were stirred into bowls of hot porridge where they melted and swirled into all shades of the rainbow.

On the wall behind the highly polished brass and mahogany counters was a world map showing where the different coffees and teas came from. There were dozens of different varieties and many had an arrow pointing to a country that was coloured pink. ‘They’re pink, boy, because we own them. It’s what makes us British, boy, keeping the world in check. We won the war and the world’s grateful for it. Never forget, boy, just how lucky you are that you’re British through and through.’ ‘But what about my Grandma & Papa Oberzanek, Mr South? They’re Polish.’ Mr South frowned, making his bushy moustache droop sadly, and came round to the front of the counter. He patted me sympathetically on the shoulder. ‘I know, boy, I know, but no-one else needs to, do they?’

For our everyday groceries we visited Mr Russell. His daughter, always referred to as the Russell girl, had sort of married into our family, albeit rather distantly. That made them just about ok, I once heard Mother say. The shop, although quite small, was stacked high with boxes. I especially liked the four square shiny tins that were placed close to the counter, for in the bottom one were kept broken biscuits and I was always allowed to help myself to two. This was ritual, as was the procedure for buying the groceries. Mother would sit down in the chair at the front of the counter and after formal pleasantries, would hand over her notebook which listed the week’s requirements. Mr Russell would read it carefully back to her, offering alternatives as he felt fit: ‘I suggest back bacon rather than streaky. Perhaps Shredded Wheat this time – they have free submarines with them.’ ‘Submarines, Mr Russell?’ Mother asked incredulously. ‘Fill them with baking powder and they travel around the bath.’ I became excited. Later in the day, the groceries would be delivered to our house.

All this time, Mr Russell’s assistant, Mrs Priest, a young woman in her twenties, busied herself, collecting, stacking and slicing whatever Mother had agreed upon. ‘Margaret,’ Mother asked, ‘whatever has happened to your hair?’ Margaret turned bright pink, the same colour as her nylon overall. ‘It was terrible, madam, it’s them newfangled products we keep getting in these days. I tried using them in the toilet here but I didn’t like the look of it so I added Ajax. Well that looked odd too so I added bleach. You know where you are with bleach, don’t you? There was a fizz and a bang, the toilet cracked and the water ran out all over the floor and….’. I giggled. ‘I could have died, Master John, I could have died’. I giggled even more. Margaret, now overcome with emotion at the retelling of her near death experience, ran from the shop floor into the store room. Mr Russell sighed and Mother looked pained. ‘You really must get that girl to say lavatory. Toilet is so… unsavoury.’