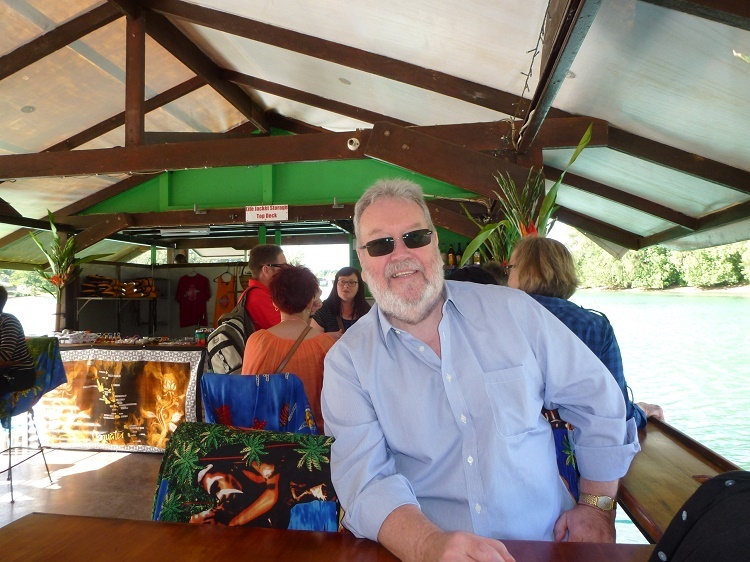 As a youngster, Peter Lingard told his mother many fantastic tales of intrepid adventures enjoyed by him and his friends. She always said, ‘Go tell it to the Marines’. When asked why, she said, ‘They’ve been everywhere and done everything, so they’ll want to hear about what you’ve been up to’. Of course, Peter joined the Royal Marines as soon as he was old enough and now has an inexhaustible supply of tales to tell. He has had 200+ stories and poems published, as well as having many pieces aired on Radio NAG, Queensland and 4RPH, Brisbane. Professional actors have performed some of his poetry and he has appeared as a guest on Southern FM’s program ‘Write Now’ to read and discuss his work. He recited and chatted about some of his poems on 3CR’s ‘Spoken Word’ and had a monthly gig on 3WBC (94.1FM) to read his tales. Contact him at plingaus@bigpond.com

As a youngster, Peter Lingard told his mother many fantastic tales of intrepid adventures enjoyed by him and his friends. She always said, ‘Go tell it to the Marines’. When asked why, she said, ‘They’ve been everywhere and done everything, so they’ll want to hear about what you’ve been up to’. Of course, Peter joined the Royal Marines as soon as he was old enough and now has an inexhaustible supply of tales to tell. He has had 200+ stories and poems published, as well as having many pieces aired on Radio NAG, Queensland and 4RPH, Brisbane. Professional actors have performed some of his poetry and he has appeared as a guest on Southern FM’s program ‘Write Now’ to read and discuss his work. He recited and chatted about some of his poems on 3CR’s ‘Spoken Word’ and had a monthly gig on 3WBC (94.1FM) to read his tales. Contact him at plingaus@bigpond.com 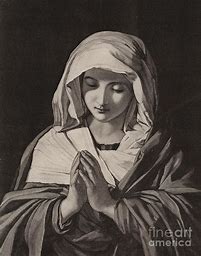 “I hope you’re happy, because now I have to pay off the bills. No, I didn’t mean that quite the way it came out. Let me say again, I hope you’re happy, hope you had a good time this weekend. I hope your happiness is equal to the financial hardship I’m sure you’ve caused me.” I smiled to take the edge off my words but Annabelle’s eyes were hooded. “You did have a great time, didn’t you?”

She crossed one foot over the other, a certain sign of internal strife.
“It’s a good job I have a good job,” I said, “or was that in your mind all the time?” I expected a smile but got a frown. Was her costly adventure more calculated than she let on? “I’ll need all the receipts before I’ll pay the bills, so you’d better hand them over. Were I a Chinese laundryman I would say, no tickee, no payee.”

Her face reddened and I couldn’t tell if it was because she was guilty, angry, or both.    “There’s no need for you to pay any bills. They’ve already been paid.”

“Look, you should sit down. What I have to say is going to hurt.”

My mind exploded. She’s crashed the car. Someone’s dead. She’s got terminal cancer. She’s got a lover? She’s pregnant. I sat. “What is it? What is it you have to say?”

“You took fucking vows with me! Remember? On our wedding day? In a church!”

“Please don’t get angry. I know it’s a shock, but it’s something I’ve thought about for a long time and I know it’s what I want to do.”

“But nuns are supposed to be virgins, aren’t they? Not only that, how will you handle the silence, the lack of inane chatter?”

“Please don’t be cruel, Michael. We can see each other now and then, if you want.”

Does she think she scored a point there? “I don’t know if I want! A fucking nun! You gave me a blow job last week!”

“That was my last fling, so to speak…and because I love you, nothing to do with becoming a nun. That’s what I meant by a sort of nun. I’ll be joining a cloistered order and be the one that meets and interacts with regular people. I’ll do the shopping and stuff like that.”

I wanted to be angry; wanted the luxury of hitting out. A nun! Was I that inadequate? But, what difference did it make? Whether it was true or not, she was obviously leaving me. Let her be gone under her own volition, not mine. Take the high road; no anger, no nastiness. “If you love me, why do you want to leave me?”

“Finding God doesn’t mean I love you less. It’s a different kind of love. Surely you can see that.”

“No, I fucking can’t see it!” Stop. The high road, remember. I relaxed myself to such an extent, that I worried my heart would stop pumping. “You need a divorce? Under what grounds does a woman who loves her husband get a divorce? Wait a minute. The church doesn’t believe in divorce, unless the pope has changed the church’s mind. Has he?”

“No, he hasn’t. I’ll need an annulment, rather than a divorce.”

“Oh that’s fucking rich! We lived together for five years and we’ve been married for four and now you’ve suddenly found a reason for an annulment?”

“I’ll need your help with this, Mike…”

I’ve let her go alone to church since the day we met, except for our wedding, when I kind of had to go with her. She’s been cheating on me all along! “Yeah, right, that’s going to happen.” Steady.

“You surely wouldn’t want to stay married to me, knowing I want to leave you, would you?”

I might. Should I beg? “How long have you known you wanted to leave?”

“I don’t know…it kind of dawned on me gradually.”

“So when did the sun actually rise?”

“You mean when did I know for sure?” I nodded. “A few months ago, I suppose.”

“And that’s why our sex-life went downhill?” Annabelle gave a slight nod. “And what are your grounds for an annulment?”

She hesitated, took a breath and exhaled noisily. “As we don’t have children, I…”

“We don’t have kids because you’ve been on the pill!” Stay calm. “What would the church say about that?”

“They wouldn’t be too happy if they knew, I suppose.”

“So you want me to say I’ve been shooting blanks, is that it?”

“Not exactly. I would like you to say you’re impotent; have been all along.” She cringed.

“Oh this gets better and better. The woman I love and who says she loves me, which, by the way I believe, wants to me to tell the world I’m impotent so she can have our marriage annulled and become a nun. Have I got that right?”

“And what do I get out of all this? I lose the woman I love and become an object of derision.”

“I’m sorry. You’ll get nothing tangible, just my eternal gratitude and God’s love.”

“I don’t want to do this but if I don’t you’ll probably hate me; you and the guy upstairs. Of course he mightn’t be too pleased with you, either. You’re not exactly being honest about things here, are you? Will God love me for lying to get you into his church under false pretences?”

“Probably not, but I excuse myself by believing it’s all for a greater good.”

“What about our eternal souls, or whatever it is people worry about?”

“I’ve thought about that, and, as I said, it’s all for a greater good.”

“That the best you can do? You know that’s a cliché, don’t you?” Annabelle nodded but remained silent as she looked at the carpet. A tear fell. “The more I think about this, the worse it appears to me. But, given recent revelations about priests and the church, I don’t suppose this is too great a crime; at least there aren’t any victims, other than me.”

No. I love you. Why the fuck should I help you leave me. “Yeah, Annie, I’ll do it. Just don’t expect equal division of assets, not that you’ll need money.”

“I’ll need some.” Another tear plopped into the carpet.

“What?” No way is the fucking church going to get half our assets.

“There are things I have to buy. I guess ten thousand should do it.” She risked a watery smile. “You probably expected me to have spent that over the weekend.”

True. I’ll happily give you ten grand. “Yeah, what about that? Where were you?”

“I went to the convent to speak with people, see where I would live, that kind of stuff. And they know most of my history. The requirements of the church for someone taking the position I’m about to take, aren’t as stringent as you believe.”

“I’ll leave here tonight and stay with my parents until the annulment is finalised and then I’ll move into the cloisters.”

I transferred ten thousand to a personal account I hadn’t known existed. There was no point in confronting her about it. I would keep the details in case matters changed at some point. I changed my passwords and asked Google what else one should so in such circumstances while she told her parents of her imminent arrival and called a taxi. Everything she wanted went into one suitcase and she gave instructions on what to do with the rest of her stuff.

We stood on the driveway and she kissed my cheek.

We both shed tears. The taxi driver didn’t know where to look.

“Please understand that I have to.”

“You know, if you ever change your mind, can’t live the life…”

“Don’t, Michael. It’s not going to happen…me changing my mind, that is.”

She put a hand over my lips. “I do know, Michael. Please don’t waste the rest of your life waiting.”

“I won’t mind waiting, believe me.”

As she stepped into the taxi a sob escaped her and nearly broke me. I love you, Annie.

A couple of hours later, Chloe called. “Can I see you?” she whispered.

“Sure,” I said. “I’ll come over.” As I spoke to the woman I’d been sleeping with for several months, I felt my attraction to her slip away. My life had changed. I had changed.

“That’d be terrific,” she said. What have I been doing with you? I’ve just lost Annie! She’s ten times better than you. “I’ll cool some wine and allow a couple of cheeses to warm. Please hurry, darling, I’m longing to see you.”

You know something, you’re a dalliance I no longer want. “Look, er, don’t bother with the wine and cheese. I’ll only be there a short while.”